Huge flames and plumes of smoke could be seen from the Western Freeway at Rockbank after a semi-trailer caught fire, dangerously close to a service station.

CCTV from the BP service station shows the truck driver grabbing a small white dog from the cabin as it fills with smoke, about 8.30 this morning.

Both he and the dog were unharmed and could only watch as flames took hold of the truck.

Raj told 3AW Mornings the truck has been destroyed, but the situation could have been a lot worse.

“Luckily it was in the truck parking area which is a bit further down than the service station,” he said.

The fire, inbound on the Western Freeway, is now under control. 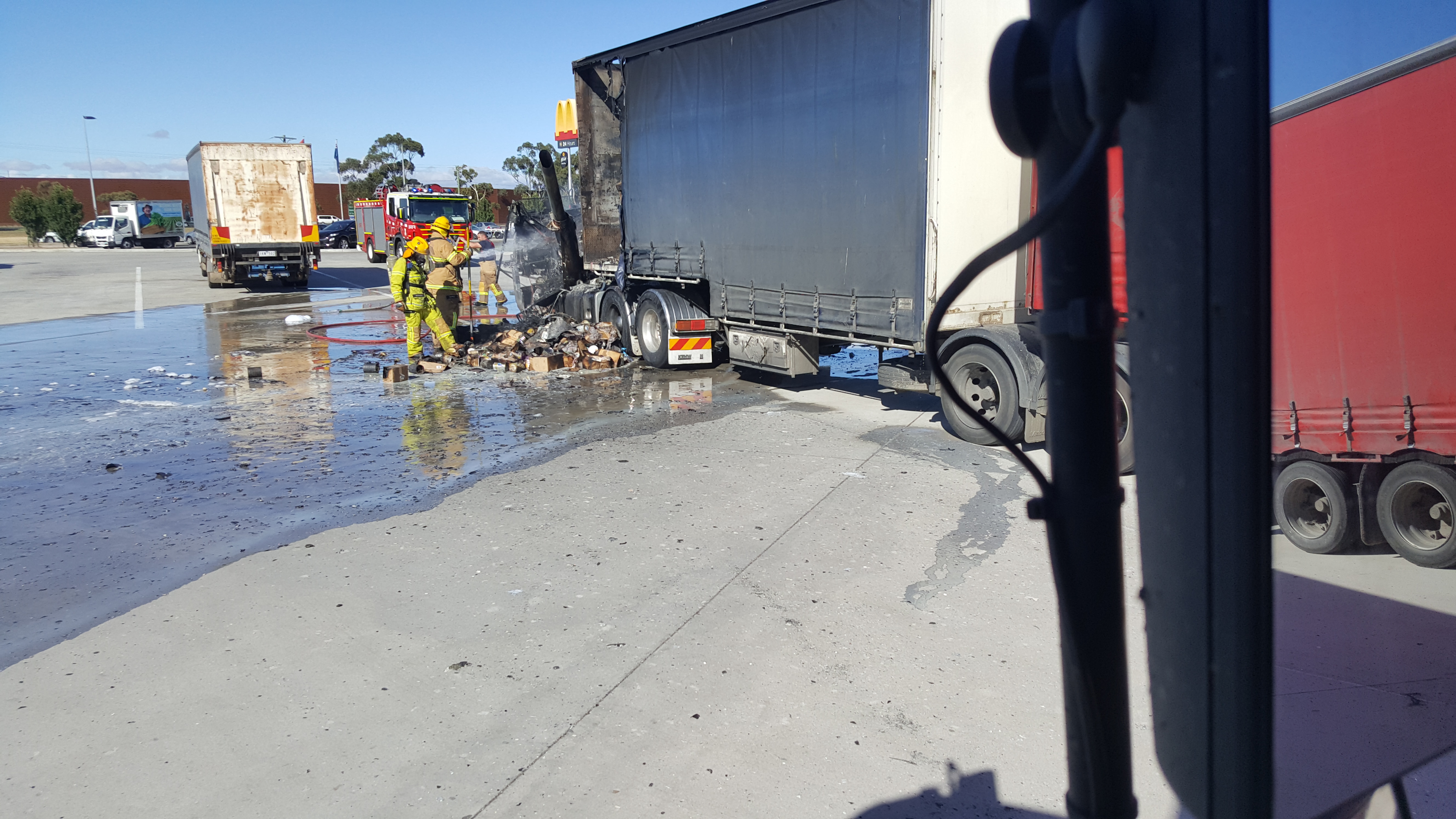 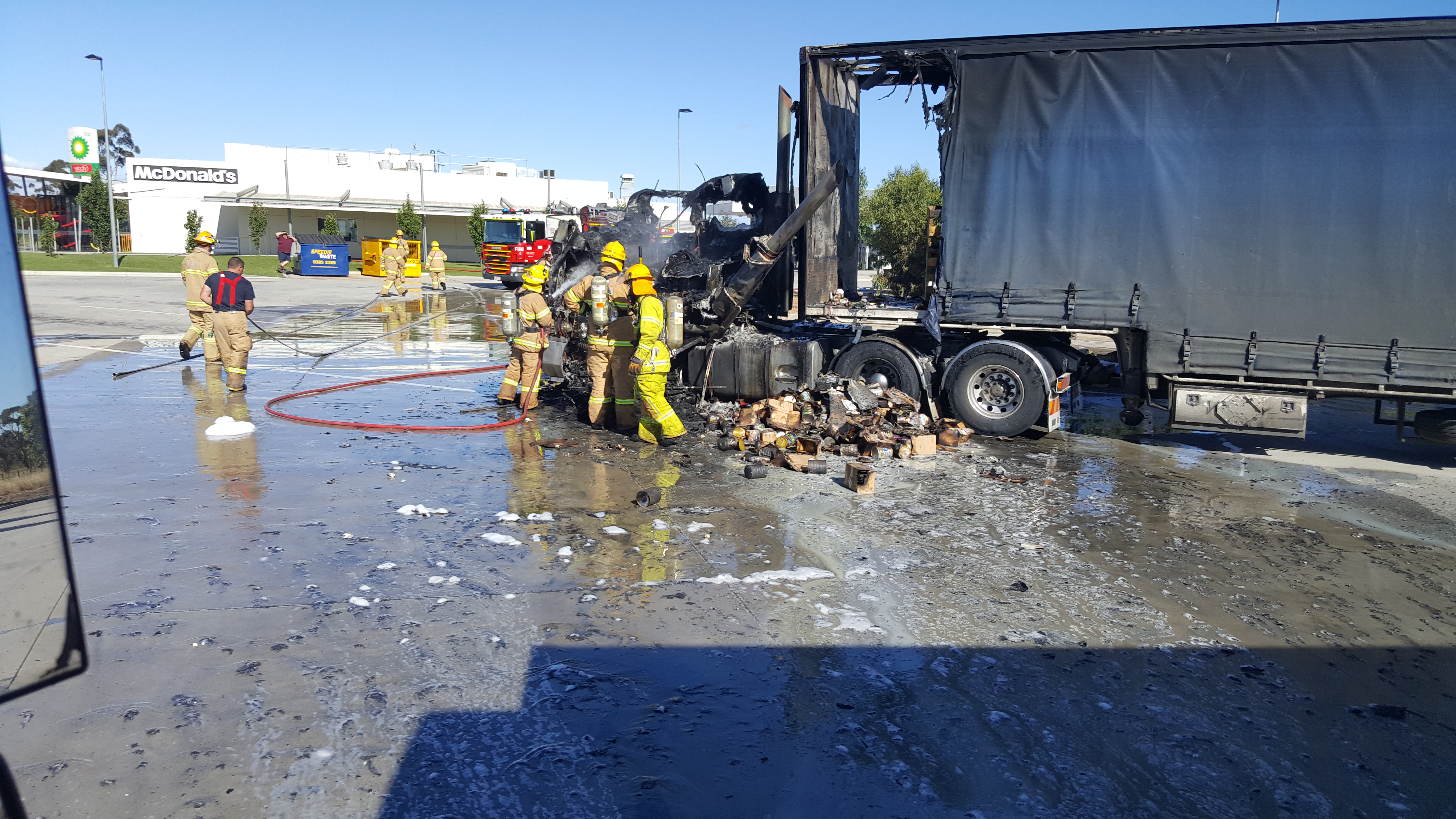