Teleperformance Australia has proposed the closure of its Burwood call centre.

155 positions are expected to be made redundant, 149 of which are full time.

A consultation period is underway, and a final decision on the fate of the call centre will be made later this week.

The Burwood call centre was opened in 2016, at which time Teleperformance was looking to expand their operations in Melbourne. 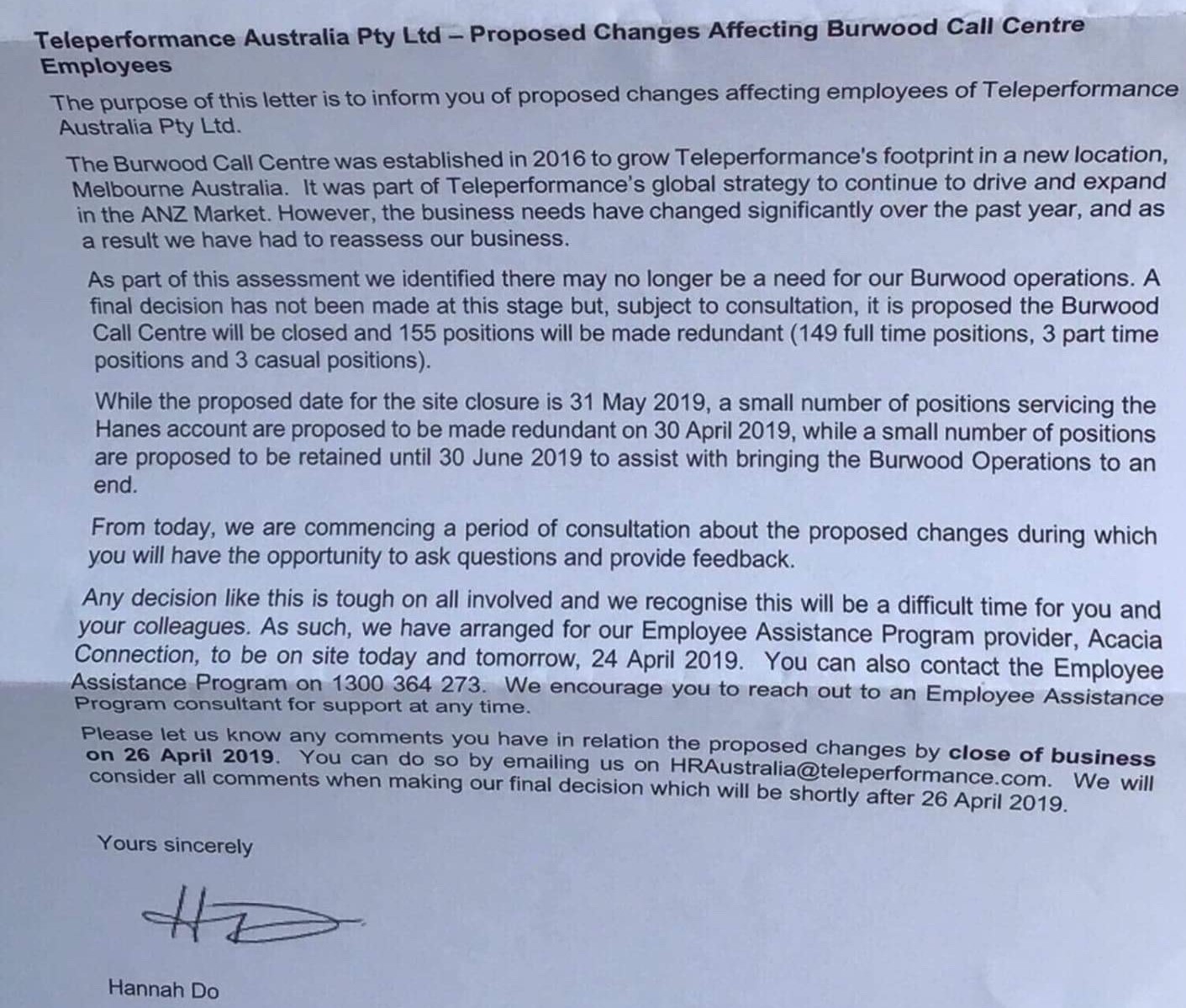