Twenty people have been evacuated due to a fire at the Hungry Jacks in Traralgon.

The blaze started in a deep fryer at the Hungry Jacks on Argyle Street, Traralgon, about 7pm.

When CFA crews arrived, flames could be seen through the drive-through window. 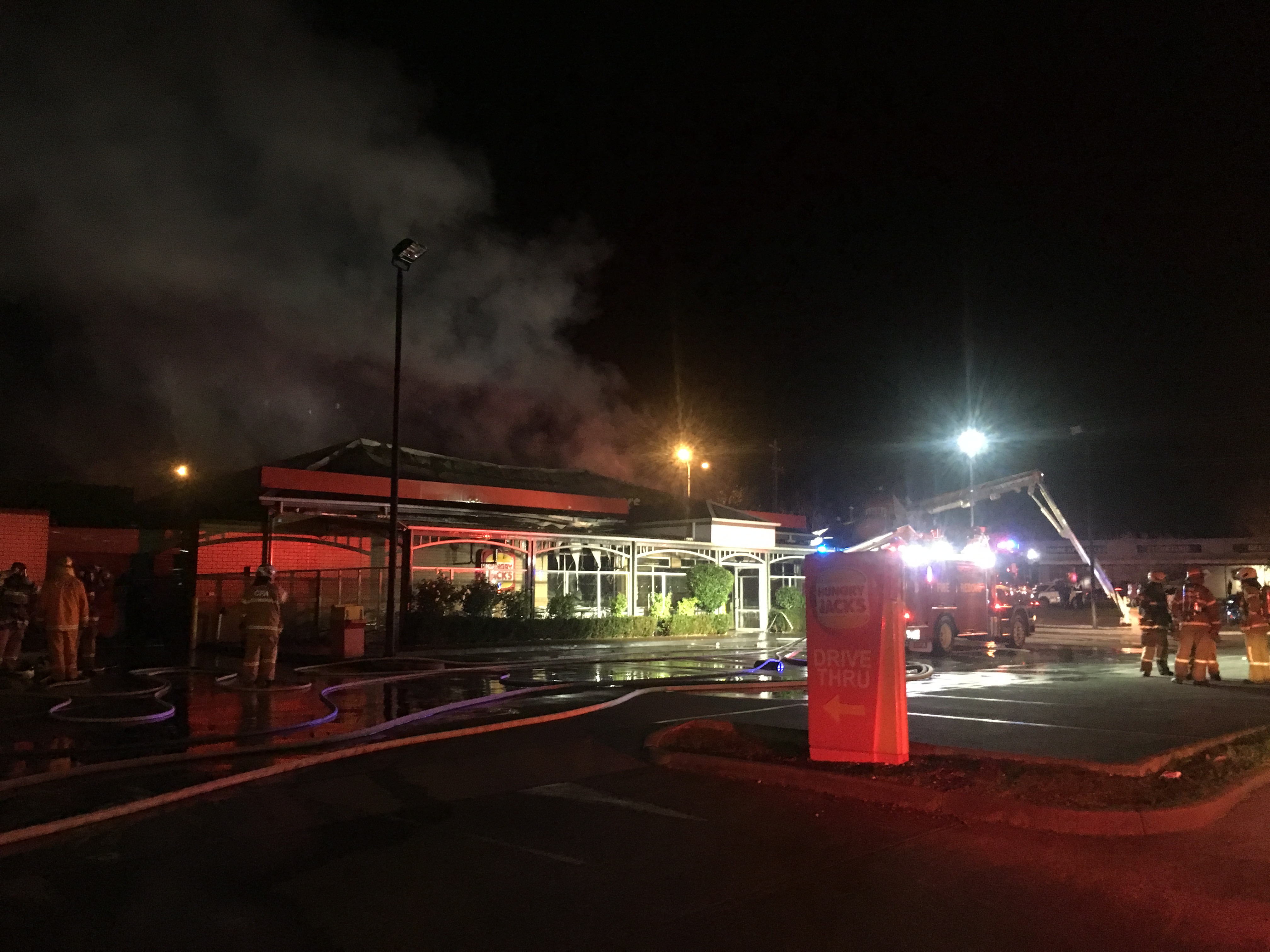 The fire created a significant amount of smoke and quickly lept up the exhaust, spreading through the ceiling.

Among the 20 people who were evacuated, at least one was treated for minor smoke inhalation.

The fire was brought under control within an hour.

The Hungry Jacks is still standing but there’s a significant amount of damage to the ceiling and part of the kitchen.