A former Greens candidate has attempted to shame a 3AW producer on Twitter, after the producer requested comment from the woman regarding a photo posted online.

A photo was posted with names of politicans scrawled across eggs, in light of the Fraser Anning egging incident.

The former the Greens candidate, Joanna Nilson quit last year after series of Facebook posts surfaced, where Nilson joked about theft and drug use.

“We contacted her as she was listed as a co-convener of the Greens Women’s network,” Neil Mitchell said.

“She’s accusing us of effectively being complicit in the murder of 50 people.

“Just imagine the outrage if a similar slur was thrown at the Greens.” 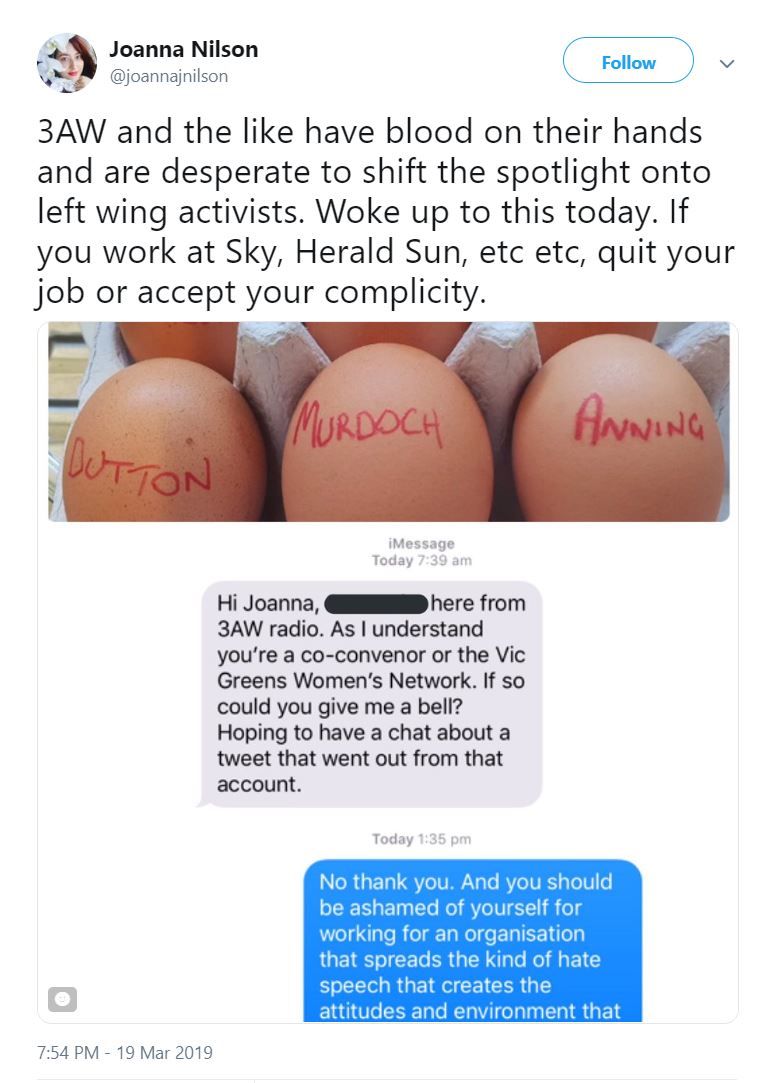 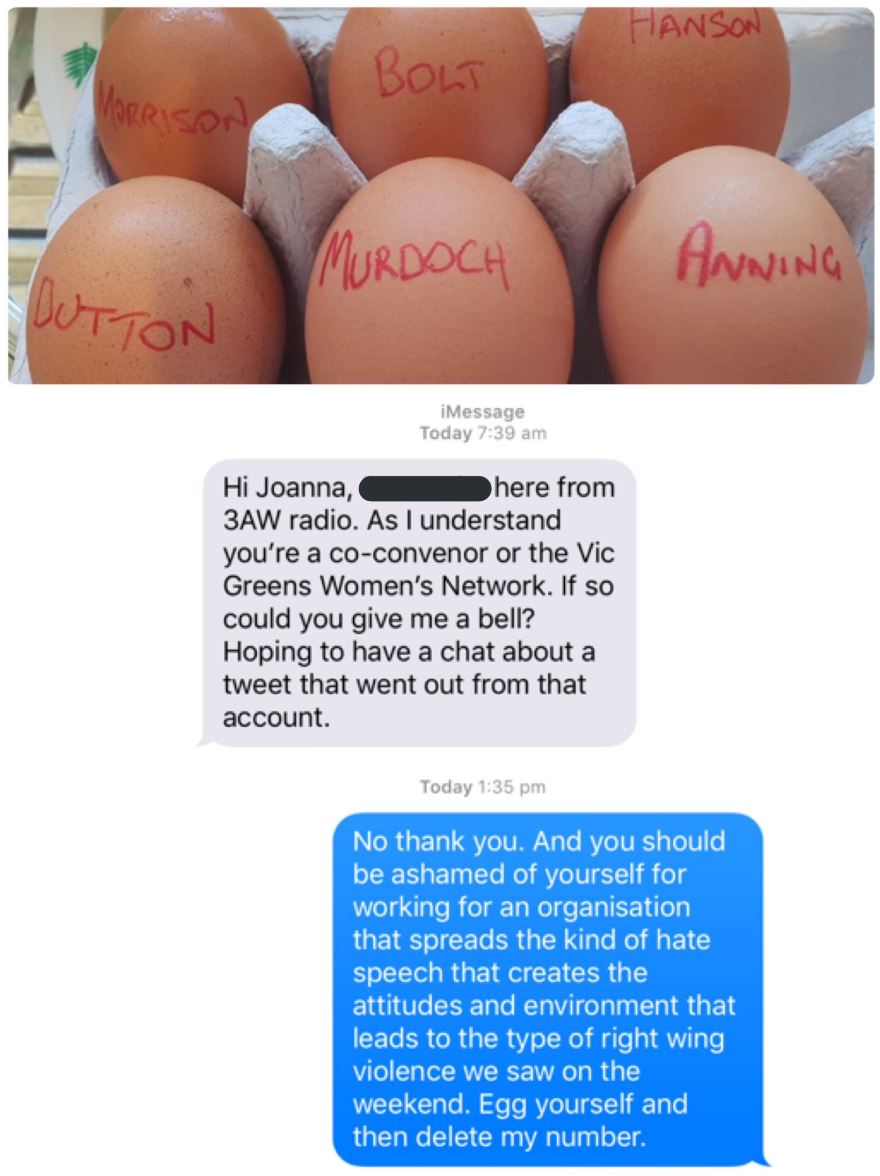