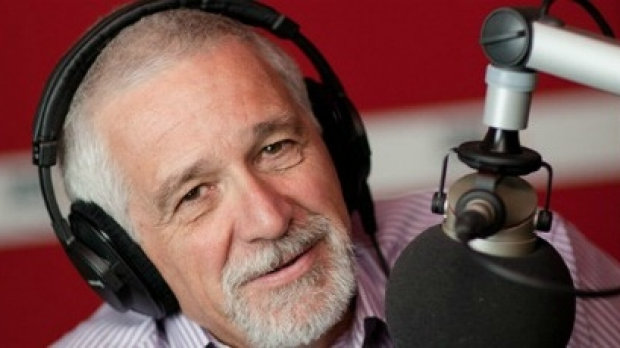 In order to be entered into the draw to win the Prize, you (Entrant) must acknowledge and accept the following terms and conditions, as well as the radio station’s general conditions of entry as amended from time to time.

Entrants must not be:

For an Entrant to be eligible for the Major Prize Draw, an Entrants must, during the Promotion Period:

Contact the Promoter with a Contribution for 3AW’s Morning Program via the following methods:

There will be one Entrant declared ‘Neil’s Valuable Player’ for each week in the Promotion Period.

In addition to entry into the Major Prize Draw, each Entrant that is nominated as ‘Neil’s Valuable Player’ will win the Weekly Prize.

There are no maximum entries per Entrant. An Entrant may be nominated as ‘Neil’s Valuable Player’ on more than one occasion.

If the location changes, Entrants will be notified at least one week in advance, and the change of location will be posted on 3AW’s website at www.3aw.com.au.

Entrants do not need to be present at the Location in order to win the Prize.

8.   Method of Picking the Winner

A barrel will contain the names of all nominated ‘Neil’s Valuable Players’ weekly winners throughout the Promotion Period.

Weekly Prize: Mercedez-Benz for a weekend from 5pm on the Friday until 10am on the Monday morning.

The Winner will receive the Major Prize within 28 days of the Prize Draw Date.

The Major Prize is subject to any terms and conditions imposed by the Promoter. The Promoter is not liable for any bank cheque that has been lost, stolen, forged, damaged or tampered with in any way once awarded.

The Major Prize cannot be transferred.

The Winner must provide all information and sign all documentation as requested by the Promoter.

The Winner’s details may be provided to a third party for the purposes of prize fulfilment.

The vehicle can be collected from the 3 Point Motors dealerships in Fairfield or Kew, Victoria.

The Weekly Prize is subject to the terms and conditions imposed by 3 Point Motors and must contact 3 Point Motors using the details provided on the voucher to book the vehicle for a weekend.

In order to claim the Weekly Prize, the holder of the voucher must be at least 25 years of age and hold an unrestricted drivers licence. The Weekly Prize winner may transfer the voucher to another person provided that the person satisfies the terms and conditions imposed by 3 Point Motors.

The Promoter is not responsible for any arrangements agreed between the Weekly Prize winner and 3 Point Motors.

The value of the Weekly Prize is $500

The winner’s name will be announced on air on the Draw Date. The winner will also receive a letter confirming their prize from 3AW Macquarie Media Limited and their name and suburb will also be published on 3aw.com.au for a minimum of 28 days.

b.       Throughout the Promotional Period the Promoter may contact entrants to interact with the station on air / online / in social media in relation to the Promotion.

c.       Entrants may be required by the Promoter to participate in photo, recording, video and film session(s) and acknowledge that they assign, by way of present assignment of future copyright, the right to use such publicity materials in any medium (including, without limitation, the internet) and in any reasonable manner it sees fit.

d.       It is a condition of entry that the Promoter has the right to publicise, broadcast and communicate to the public the names, characters, likenesses or voices of Entrants for any promotion or matter incidental to the Promotion.  By agreeing to enter, all Entrants consent to their entry broadcast on air and to their telephone and other conversations with the Promoter being broadcast on air and communicated to the public via any medium and in any territory.  Entrants will not be compensated for this use.

e.       The Promoter and its representatives may conduct security and verification checks in their absolute discretion to determine the bona fides of an entrant’s eligibility to enter the Promotion and to claim the Prize.

f.        Should an Entrant be deemed by the Promoter to be ineligible, the entrant may not participate further in the Promotion.

g.       All decisions and actions of the Promoter relating to the Promotion and redemption of the Prize are exercised at its absolute discretion and are final.  No discussions or correspondence with entrants or any other person will be entered into.

h.       If the Promotion is not capable of being conducted due to circumstances beyond the Promoter’s control, including due to any technical or communications problems, the Promoter reserves the right to amend, suspend or cancel the Promotion subject to approval from any relevant authority.

i.        If a Prize is unavailable for any reason, the Promoter, at its discretion, may substitute it for another item of equal or higher value.  The Prizes are subject to any Major Prize Restrictions and Weekly Prize Restrictions specified above. All Prize values stated are the recommended retail value as provided by the supplier, are in Australian dollars and are correct at the time of preparation of these terms and conditions.

j.        All Prizes and parts of the Prize are subject to availability, non-transferable and non-exchangeable unless otherwise stated, must be used on any dates specified in these terms and conditions and are not redeemable for cash unless cash is specified.  The Promoter will not be responsible or liable if for any reason beyond their reasonable control any element of any Prize is not provided.  The Promoter will not be liable for any damage to or delay in transit of Prizes, or for any compensation in relation to those Prizes.

k.       A winner has rights under the Australian Consumer Law and other similar legislation which cannot be excluded, restricted or modified by the Promoter. These rights include a statutory guarantee that any services provided by the Promoter will be rendered with due care and skill and that any goods will be of acceptable quality. These conditions of entry do not exclude, restrict or modify those statutory rights in any way. However, to the extent it is permitted by law to do so, the Promoter makes no representations or warranties, express or implied, other than the Australian Consumer Law, regarding the quality and suitability of the Prize awarded under these conditions of entry and will not be responsible for breach of any such implied terms.

l.        The Promoter and its agencies and representatives associated with this Promotion will not be liable for any loss (including but not limited to indirect or consequential loss), damage or personal injury which is suffered or sustained (including without limitation to that caused by any person’s negligence) relating to this Promotion or the awarding or taking of the prizes except for any liability which cannot be excluded by law (in which case liability is limited to the minimum amount allowable by law).

m.      The entrant acknowledges that there may be inherent risks involved in entering this Promotion or taking or participating in the Prize(s).  If Entry or a Prize involves travel, stunts or challenges the Promoter may require the participants to:

–         Submit to a medical examination by a medical practitioner approved by the Promoter and obtain relevant medical clearance to participate in the Promotion and redeem a Prize; and

–         Execute a Deed of Release and Indemnity in a form prescribed by the Promoter in order to participate further in the Promotion and redeem a Prize.