Much will be said about Paul Cronin in the coming days.  Of course Paul is best remembered as the celebrated actor who so brilliantly played Dave Sullivan, arguably Australia’s favourite television father.
Prior to that he was Gary Hogan in Matlock Police, but so popular was he that Gary had his own spin off series “Solo One”.
Paul will also be remembered for his work alongside Christopher Skase, creating the Brisbane Bears AFL Football club.
But Paul was also known to frequent the corridors of 3AW.

3AW Operations Manager Stephen Beers today said “Paul was a great presenter in the 3AW family and will be sadly missed, but fondly remembered as our first host of Remember When”. 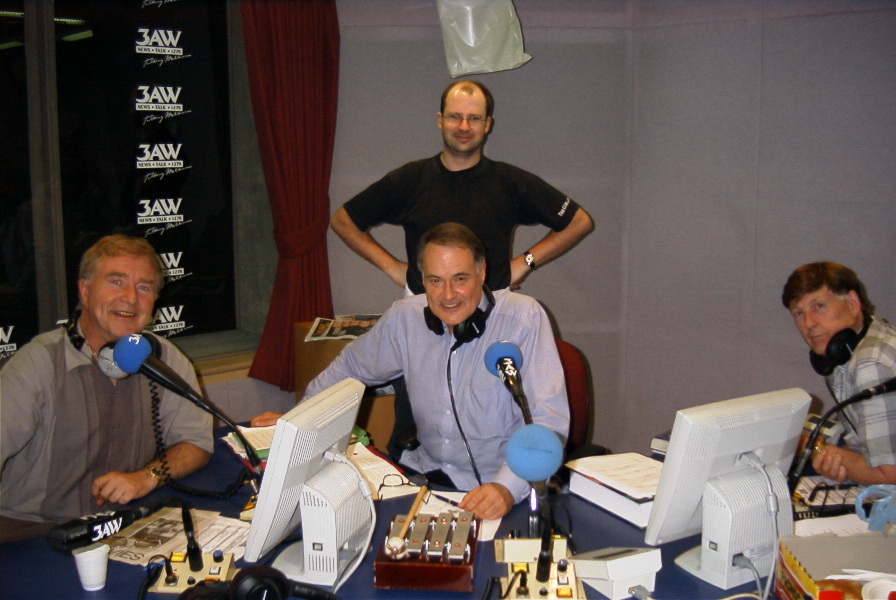 That’s a fact that many may have forgotten.  It was forty years ago this month, in September of 1979 that 3AW launched a program called “Remember When”.  Three hosts were appointed to host the two hour show, heard at that time from 4pm-6pm each Saturday.  Paul hosted the show alongside veteran radio hosts Lennie Holmes and Neville Wragg.  Who better than the man behind Dave Sullivan to engage 3AW listeners in a weekly nostalgia trip.

As Paul’s popularity soared, his workload increased in the early 1980s and he left Remember When but he returned to 3AW in 1999 to again co-host Remember When and also Nightline as a fill in host whenever Bruce Mansfield or Philip Brady were away.

Bruce and Phil had had a few fill in hosts prior to Paul, but when the position became available in late 1999 Program Director Steve Price asked Bruce and Phil whom they would like.  They both agreed that Paul was the perfect replacement.   He was  the quintessential Australian.  Much loved, fondly remembered, full of stories and memories, but above all else, just a lovely, lovely man. On a personal note, as the producer of Nightline and Remember When during those years that Paul was with us, I recall being in awe when Paul walked in for his first shift alongside Philip Brady.  There, standing before me was Dave Sullivan.  For a few minutes I observed the man I knew to be a stern, caring but authoritative father figure.  I was expecting to be told what to do by this tower of strength standing before me, knowing I would be scolded firmly, yet fairly if his instructions were not carried out to the letter.  Instead, the polite, lovely, “Aussie farm boy” upbringing that Paul had had shone through immediately as he slid comfortably behind the microphone and chatted with the tens of dozens of callers who rang in that night.  Paul’s true character shone through.  He was Paul Cronin on and off air.

A kind and delightful man whose passing we mourn.

We never had a cross word.