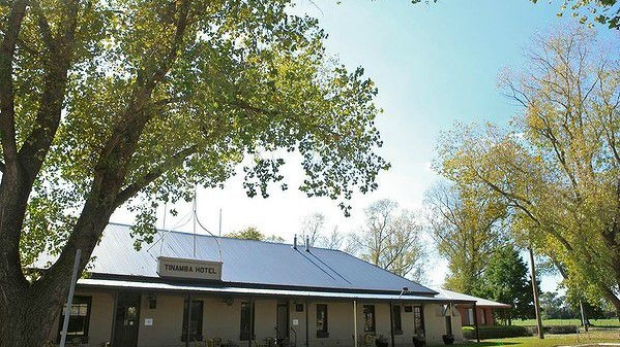 ?With sincerest apologies for the late posting of this, (and September reviews)  it is time for me to add another pub to the list of finalists for the DeBortoli Pub of the Year in 2015.

Both pubs offered a point of difference and had a wonderful community feel to them.

At the end of the year, a total of the four best – in my opinion – will be considered and a winner announced on Neil’s final show. (Note: There have been two joint-winners since 1996).

The second quarter covers June 12 to August 21, 2015, and from the 11 reviewed, seven are either first time visits, or have new ownership and significant makeovers.

In this time, I have aimed to get a cross section of Victorian pubs, with a couple being big pokie/suburban hotels, and the remainder small-mid sized owner operator venues.

I can only stress how grateful I am to receive your suggestions. Please keep comments and suggestions coming to tleonard@fairfaxmedia.com.au

Pleasingly to me, the bigger pokie pubs were much better than others I have been to, and while I understand they will be harshly dealt with by critics/bloggers, the undeniable fact is that’s what your choice is when you go out of the inner suburbs.

In short, you know what you are getting.

Officially, draught beer has a RRP of $5. Whether your local charges unders, the one basic remains that once you pay for your choice, that’s what you should get not a mix of a slower moving barrel.

Again I note that craft beers are closer in price than ever before so maybe the time is ripe to change a habit and sample.

Word of warning:  You may think you are supporting ‘the little guy’ in buying craft rather than the ‘big bad bogeymen commercials’ which read as CUB/Lion Nathan, but many successful craft breweries are significantly owned by the big boys.

The push for 2015 is still American and Burgers and I suspect the latter, which has been around in pubs for years, has never been more popular to consumers from a POV of filling you up for a reasonable pub price and from the POV of owners, which is and always is a good profit base.

The food is astonishingly good; the set menu (lunch) is outstanding value.

From its warm, country ranch style exterior, to its beautifully spaced, charming dining room to the the good old fashioned front bar, the Tinamba lives up to its reputation of not only being one of country Victoria’s best but all of Victoria.

And best of all come as you are.

No pretensions but an attitude of ‘we’ve got something special here and we want to treat you’.

It is a long way into Gippsland but worth the drive. (Between Traralgon/Sale, head north). The menu changes so here’s the best tip: try something that may have a number of flavours/spices that you think may nullify each other.

At the Tinamba they all stand out but don’t compete so you get full whack at what the kitchens trying to achieve.

Above all, they look after the beer.

The website will give you the best indication as to how seriously they covet their place as a leader in food and drink.

Two pubs with fantastic renovations that are going beautifully.

Both pubs have their points of difference and are still relatively new players on the Melbourne pub scene.

Another good quarter. In passing, the Hampton Park Tav, a big pub out near Cranbourne, had one of the best crews working the day I visited.

Well done to the managers there.

Pub of the Year is announced on Neil’s last show on December 10.