‘A kick in the guts’: Outrage over new two-hour visit limit for partners in maternity wards 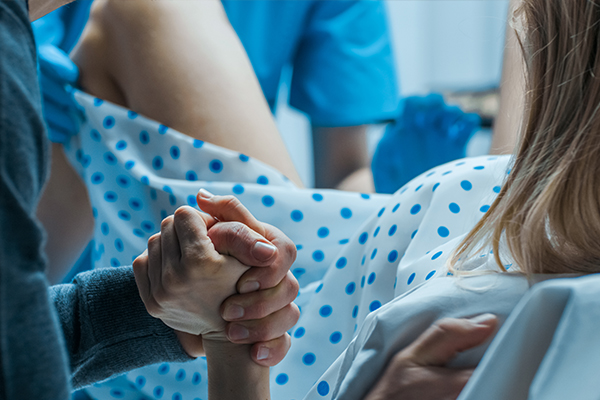 Outrage over new visitor restrictions in maternity wards is building, with a petition opposing the limits being signed more than 35,000 times since the rule was announced on Thursday.

Under the news rules, announced by Health Minister Jenny Mikakos, a partner or support person may stay for a woman’s labour but once the baby is born, they may only make subsequent visits once a day for two hours.

Initially, Ms Mikakos said partners or support people may only stay for two hours immediately after the birth of the baby, but the state government has since clarified that partners “can stay after the birth for as long as required”, with the two hour limit only applying to subsequent visits.

Adam, whose fiancee is due to give birth in a few weeks, said the new rules, put in place to help curb the spread of COVID-19 are “a kick in the guts”.

“I’ve got a two hour clock to bond with my fiancee and our daughter as a family,” he told Neil Mitchell.

“I feel that’s going to be an increased risk of mental health (issues) for mothers, for postnatal depression, for fathers.”

Obstetrician Dr Joe Sgori agrees the reduced visitation hours will negatively impact on the mental health of all involved, and the uncertainty at the moment is already having an effect on expectant mothers.

“We know that approximately 80 per cent of women in the post-partum period will have an element of post-partum blues and in some cases depression,” he told Neil Mitchell.

“In the last six years I’ve been practicing obstetrics, I haven’t seen as many women cry on the couch as I have in these last two weeks.”

Dr Sgori said some hospitals, including the Epworth Freemasons, have introduced a system requiring partners take a COVID-19 swab test when the baby is at 38 weeks and self-isolate until the baby is born, to reduce the risk of them bringing coronavirus into hospitals.

He called for that approach to be broadly implemented.

The Royal Australian and New Zealand College of Obstetricians and Gynaecologists is pursuing the visitation change with the state government.