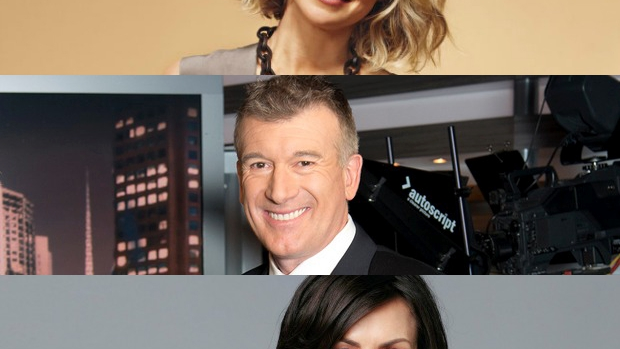 In honour of the final episode of A Moveable Feast for 2015, Ross and Kate have made travel and food bucket lists for 2016.

And they’ve got a bunch of celebrities on board as well.

1. I’d love to go to Spain and Italy. But will probably end up back in New York? a place I love.

2. Port Douglas? relaxed and friendly. But desperate to see the Kimberley’s.

3. Keen to get back to the MCG on AFL grand final day, to watch Hawthorn win their 4th premiership in a row!

1. New York – It’s a big birthday year for me next year, and my wife Rach has never been to New York, so we promised ourselves we’d go for our birthdays. Looking forward to showing Rach Rockefeller Centre and the rest of the Big Apple.

2. Hamilton Island – I love so much about Hamilton Island and the Great Barrier Reef. There’s so much adventure to be had – from snorkelling on the Reef to waterskiing and sailing. It’s a great place to take the family.

3. Rio for the 2016 Summer Olympics – Never been to South America, so very excited about going there for what will be my 5th Olympic Summer Games!

1. I would love to take the girls to Disneyland in California next year and perhaps on to NYC. Got to dream big!

2. I’m living in it. Byron Bay for sure, but if I had to escape for a short break, I would like to go to Dinner Plain in the Victorian High Country near Mt Hotham and show the girls snow.

3. Melbourne is always a great place to visit anytime of year, but it’s particularly fun around Aus Open time and the tennis is such a fabulous family event to visit. It’s also a great way to kick off the year with a bang!

1. I’d love to go back to Paris – partly because it is without doubt one of the most beautiful cities in the world, and partly because I don’t want the terrorists to win.

2. I’ve recently discovered one of the most beautiful spots in the Northern Territory that I didn’t even know existed.  It’s called the Devil’s Marbles, outside Tennant Creek, and the only way I can describe it is that it’s like Mother Nature’s very own very version of Stone Henge, but a thousand times more stunning. Make sure you take your camera!

1. Number one spot I’m visiting next year is San Francisco. Not just because I’ve always wanted to go there, but our son moved there this year to work as a web developer and I want to make sure he’s on track with funding our retirement.

2. The Great Barrier Reef. Took me 52 years but finally got to it this year and was lost for words at its majesty. Which was just as well given I was snorkelling.

3. Noma, Copenhagen. Our daughter’s boyfriend’s brother has just started there as a chef. So I figure that should mean no problem for us getting a table as walk-ins.

1. I’m hoping to go to Europe in the middle of next year to visit my son and daughter-in-law who live in London. If the budget allows I’d love to squeeze in Amsterdam and the Greek Islands (haven’t been to either) and also Nice where my daughter-in-law’s family live.

2. I think Melbourne is the best place in Australia not only to live but also to visit… Noosa isn’t bad either.

3. Next year I’m hoping I get to Rockpool for dinner (I haven’t been) Mona in Tasmania (heard so much about it) I love the Australian Open (tennis) but top of the list is the AFL Grand Final and Collingwood is playing!

1. Next year I hope to make it back to LA and Santa Monica where we have just finished filming postcards (airs this Sunday). I just loved the beach, shopping and food and can’t wait to go back. Maybe a night or 2 at the Beverly Hills hotel to finish off.

2. Melbourne but as we live here I’d love to make it to Palm  cove for a relaxing family holiday close to home.

3. My husband Heath will be in Malaysia for the F1’s for work and I’m hoping to tag along with Jess. Nothing like a working trip with your family right?

1. I’m hoping to visit Greece. I’ve never been and I love Greek food.

2. It has to be Noosa. I’ve been going there since I was 2 months old. I instantly relax there.

3. Channel 7 has the Olympics next year so I’d love to go to Rio. Are any of my bosses reading??!!