A Moveable Feast: This Week In Food – March 31 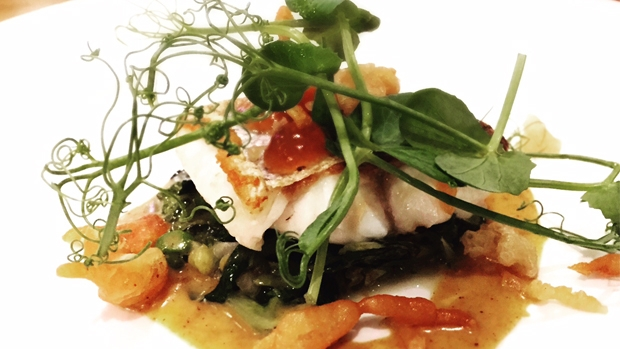 THIS WEEK IN FOOD: March 31

Well it’s a huge week in food in Melbourne with two massive events coinciding. The Melbourne Food and Wine Festival has kicked off, and there are still tickets to plenty of fabulous events – you can browse the program and get involved at www.melbournefoodandwine.com.au

On Wednesday night the World’s 50 Best Restaurants will be announced at the Royal Exhibition Centre in Carlton; it’s an invite only event, but you can share in the excitement by heading down to the live site celebrations at Fed Square for a live public screening of the event (first time that’s ever happened. A picnic-themed Federation Square will play host to an evening of entertainment featuring comedians, musicians and food trucks ? all serving up Victorian produce – as the awards are live-streamed on the big screen. It’s all free and bound to be fun, it kicks off at 6pm.

And just reinforcing Melbourne’s reputation as Australia’s food mecca, big news this week that the award winning team from three hatted Sydney fine dining restaurant Sepia have announced they will be closing that venue and moving to Melbourne for some sort of collaboration with Chris Lucas. It’s bound to be big!

I’ve just returned from a quick trip to the UK, based largely in Bath with a quick trip up to London. Once again, I was just blown away by the quality of produce and technique in the south west’s beautiful pubs, places like The White Post in Dorset and The Pig Hotel near Bath were just mind-blowingly good, and The White Post tremendous value!

Salad at The Pig Hotel near Bath. Photo: Supplied

Seeing as I’ve had the privilege to enjoy Dinner by Heston here in Melbourne and we seem to have adopted executive chef Ashley Palmer-Watts as our own, I was dying to see the original. And so I dined at the Mandarin Oriental Hotel in Knightsbridge, and it was magnificent. Highly recommend the starter of Sherried Scallop with smoked cauliflower, cauliflower cream, and grilled shiitake; the main of Powdered Duck Breast with braised & grilled red cabbage, spiced umbles & pickled cherries.

And for something a little different, Monica Brown gave me the tip to check out A Wong in Victoria. A modern Chinese restaurant, with a tremendously fun dim sum menu that’ll let you pick just one item at a time – we nearly ordered everything on the menu. Make sure you finish with one of the steamed duck yolk custard buns. One of the most glorious things I have eaten!

The steamed duck yolk custard bun at A Wong in Victoria. Photo: Supplied

And just on travel, we flew with Qatar Airways and were very impressed with the airline, but particularly the time to get over there. Twenty-one short hours, minimal stopovers in Doha, we’ll be doing that again!