Abandoned factory goes up in flames at Laverton North

An abandoned factory in Laverton North has been destroyed after a fire this morning.

Numerous callers to 3AW Mornings saw smoke as far away as Williamstown.

MFB Commander Graeme Gant said they received multiple calls at 8.30am from residents who saw smoke at the Sayers Road site.

He said it was an aged structure and there were initial concerns there could be asbestos in the building, but crews found no evidence.

“It turns out the warehouse has been empty for a number of years,” he said.

“There has been evidence of squatters making access into the building.”

He said the structure will need to demolished. 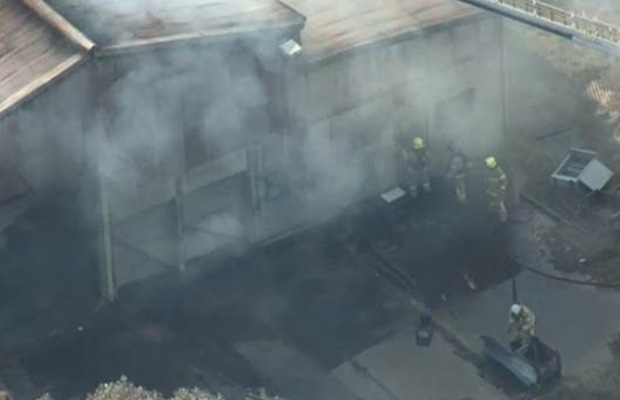