Century-old trees have been destroyed in a senseless act of vandalism west of Melbourne.

Five trees, some more than 100 years old were chopped down in the Lerderderg State Park.

A new fireplace with ‘Parks Victoria Lerderderg State Park’ etched into the steel was also taken from the area.

It’s believed the vandals attacked between Sunday and Monday at the lower camping area at Lerderderg Camp Ground on Upper Chadwick Track.

Click PLAY to hear police chat with Ross and John

“They were actually fortunate they didn’t drop the trees on themselves, it was a very amateur job,” he said.

“It really is a senseless act that we’re struggling to understand.

“It’s clearly just an act of vandalism, there’s nothing else going on here.” 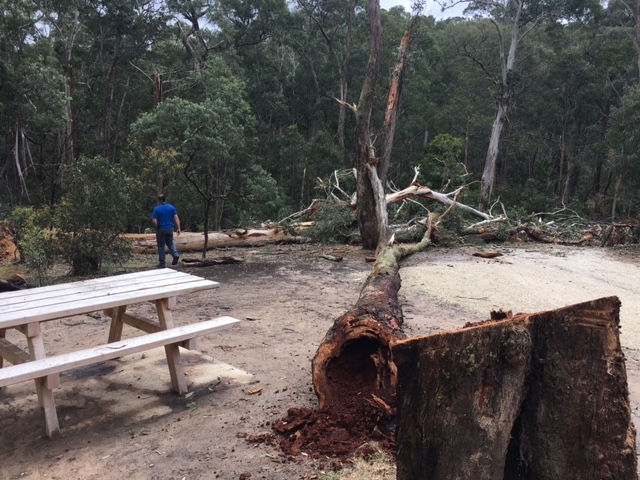 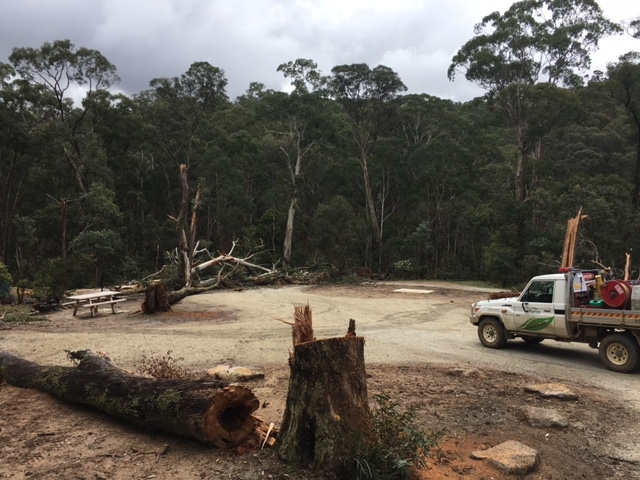 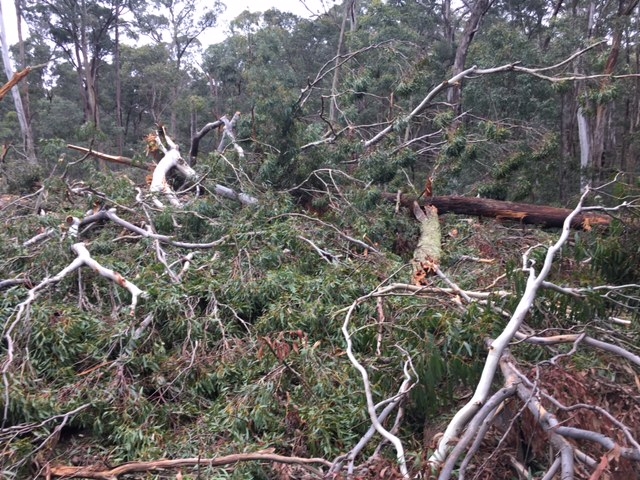 Victoria Police would like to speak to anyone who heard or saw anything suspicious in the area during these times.

Anyone with information is urged to contact Crime Stoppers on 1800 333 00 or submit a confidential crime report at www.crimestoppersvic.com.au