Activists on the yes side of the same-sex marriage have taken matters into their own hands at Flinders Street Station.

The signs from the no campaign were changed to read ‘You can say no – to homophobia’.

They held signs with the message ‘You can vote yes – punch a homophobe, hug a homo’. 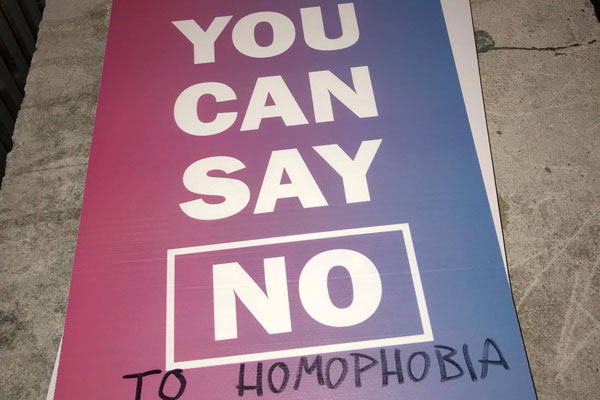 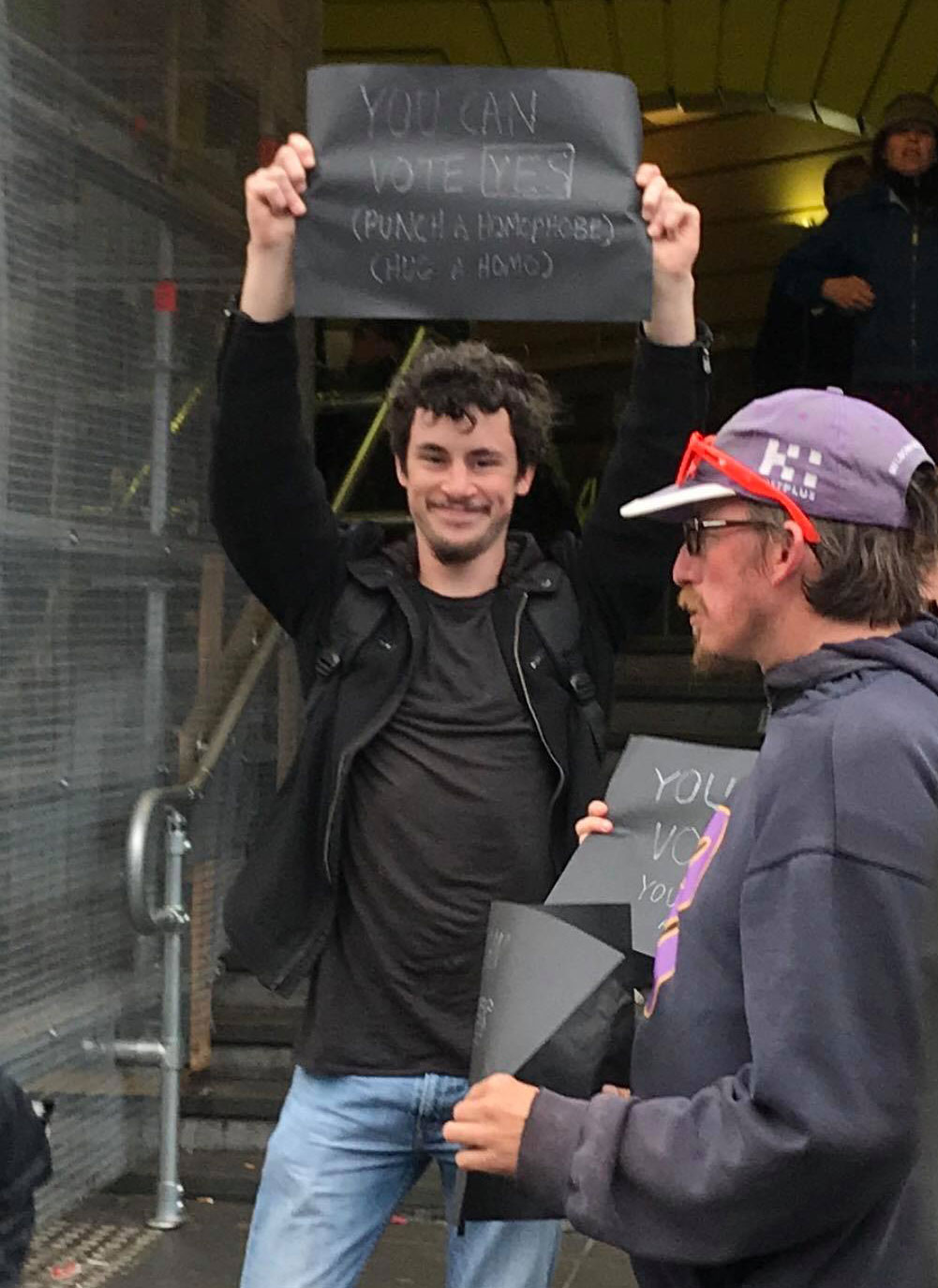 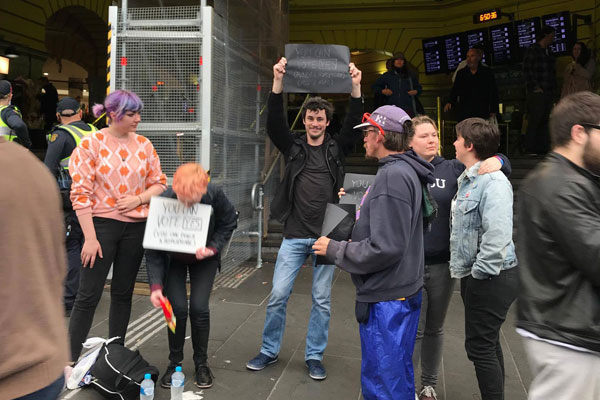 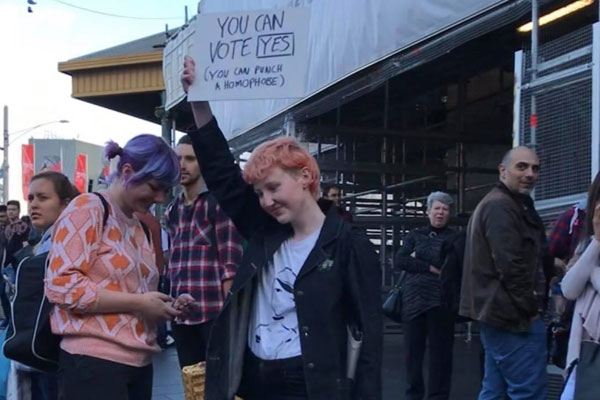 Neil Mitchell said evidence has emerged of harassment on both sides.

In this video, a no campaigner is intimidated by a member of the public yelling in his face.