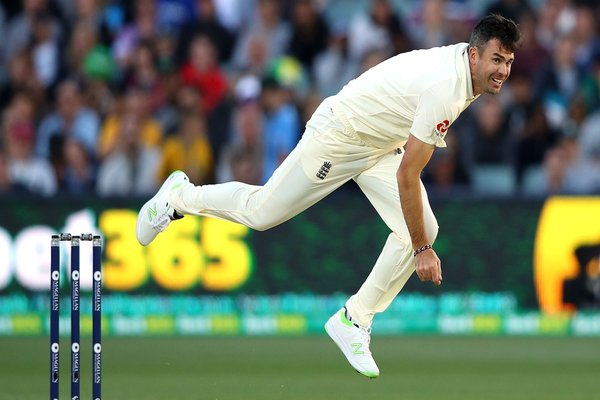 James Anderson has described Ben Duckett pouring a drink over him as a “a bit of a non-event” but expects the “silly incident” to result in a shower of verbals from Australia during the third Ashes Test.

Batsman Duckett was given a maximum fine and suspended from playing on the remainder of the England Lions tour after a night out in Perth resulted in more negative headlines for the tourists.

Anderson said the latest off-field episode was a storm in a teacup, but the England seamer realises they must be more streetwise as they prepare to try and keep the Ashes series alive at the WACA.

“The incident with Ben Duckett was not malicious and was a bit of a non-event but we understand that in this climate we have to be smarter in the future.” England’s leading Test wicket-taker wrote in his column for The Telegraph.

“The frustrating thing is that what was a pretty silly incident would have gone unnoticed before but now puts an unfair question mark over our culture.

“We have been working really hard and every now and then on a tour like this you need a release. We don’t shout about the things we do behind the scenes.

The last #Ashes Test at the Waca starts on Thursday! pic.twitter.com/8LlqVhncWy

“We are not those type of people but, for example, five players from the squad have today gone to see an England fan who is terminally ill and can’t come and watch the Test match. That sort of thing is not reported, which is fine, but is a fairer representation of this group of players rather than a couple of minor incidents in bars that have been blown out of all proportion.

“Having said that, we are all aware that from now on even a minor incident will be seized upon. There is also a bigger picture. The ECB have their sponsors and we have a job as role models to the next generation of cricketers who play this game so we have to stay away from silly things that can be misconstrued.”

Anderson added: “I know Australia will use the Duckett incident as a way of goading us, or taking the mickey. Fine. It will probably be funnier than what they have spouted at me so far in this series.

“They jump on anything to have a go at you so I am expecting a bit of lip. I have no problem with that.”