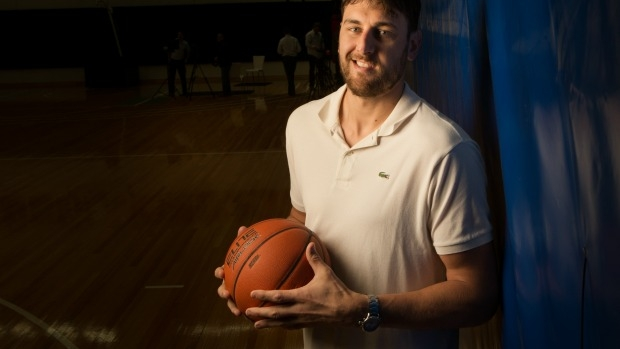 Australian basketball star Andrew Bogut has shown little sympathy to the 34 past and present AFL players banned for doping, despite saying many had been ‘burned’ by Essendon.

Bogut, who supports the Bombers, told 3AW ?the players were far from blameless in the saga which has engulfed the sport for the past three years.

It follows news at least 20 of the banned players are plotting an appeal.

Speaking from America, Bogut told Sports Today he felt for some of the younger players involved but said he would have been asking plenty of questions if somebody was trying to inject him.

‘I know a lot of those younger blokes probably got pressured into doing some of that stuff, but at the end of the day, if a doctor or anyone at the club is going to poke you with a needle, I’m going to do my research before they inject me with it,’ Bogut explained on 3AW.

‘There’s a little bit of onus on the players, as well.

‘You’ve got to live by the penalty.

‘I wish they’d just finish this whole debacle off and we can put it all behind us, but obviously that isn’t going to happen for a while.’

Despite unequivocally backing the need for ‘clean’ sport, the 213cm centre revealed he was no real fan of WADA, either.

‘Look, they are as strict as they come and some of the stuff is absolutely stupid,’ Bogut said.

‘I’ve been drug-tested at six in the morning – the week of a championship game in college – which is absolutely headscratching.’

On the court, Bogut’s Golden State Warriors are favourites to win back-to-back NBA titles, largely on the back of unprecedented form from star guard Stephen Curry.

‘He’s having an MVP year again.

‘He’s been better this year than he was last year and is the front-runner to win another MVP trophy.’

Bogut also spoke about what it was like meeting US president Barack Obama after the Warriors played at Washington this week.

‘I got a nice photo I’ll probably hang on the wall down the track,’ he said.