Questions have been raised over why the Chinese flag was flown over Box Hill police station yesterday.

It was to honour the National Day of the People’s Republic, but comes amid reports of Chinese police firing on protestors in Hong Kong.

Hi @VictoriaPolice , this happened in Box Hill Police Station today. Would you mind letting us know why this was allowed? To play another country’s national anthem and raising their flag in Australia??

“I do find it problematic, Neil,” he said.

“My concern is that we’re seen to be promoting a regime that doesn’t support the democratic values and principles such as the rule of law, and people might associate our police service with the way the police services in that regime conduct themselves.

“I’d encourage them to be a bit more judicious about the sort of flags they try to fly.

“I’m sure it was a symbolic gesture to show that, yes, it’s a very multicultural place and we welcome all people.

“Chinese people are beautiful like all people, but it’s people’s concern with that foreign regime that matters.”

In response, police said it was the fifth year in which they’ve held the ceremony.

Eastern Region commander, Superintendent Wayne Viney, told Neil Mitchell the force was not trying to send a political message and will apologise if residents were offended.

“Our intention was obviously not to enter the global political landscape, it’s merely trying to support the local Chinese community,” he said.

Meanwhile, a listener told Neil Mitchell the Livingstone Primary School in Vermont South has also been flying the Chine flag (picture below). 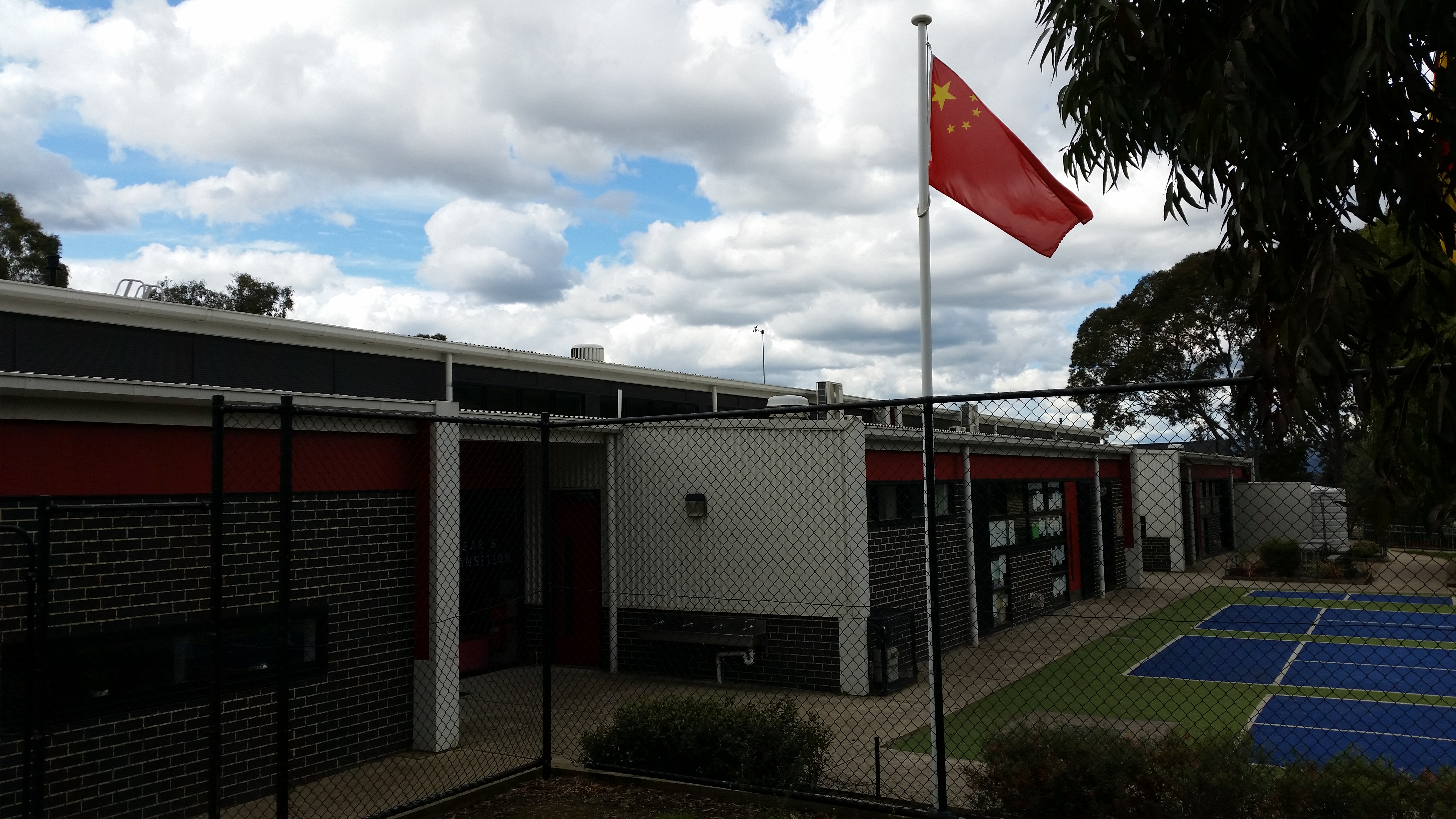