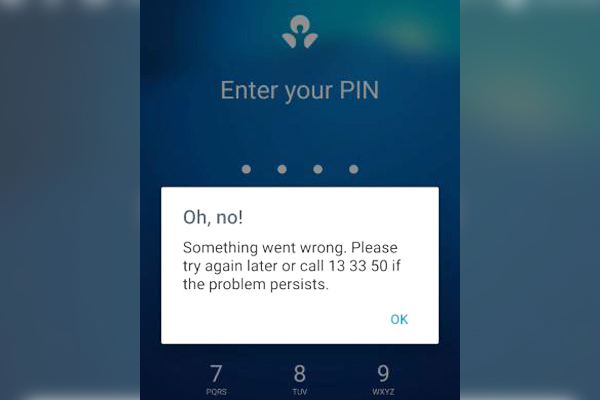 Westpac advise the issues with their payment processing system, which saw customers stranded and unable to pay in stores, should be resolved as of 1.20pm.

Some shops were forced into only accepting cash-only transactions, as Westpac EFTPOS machines displayed an error message.

Westpac later confirmed to 3AW point of sale machines were experiencing issues which began at just before midday.

They say the problem was fixed just before 1pm, with all point of sale devices now back up and running, but transactions are not expected to appear on Westpac live online banking until later this afternoon.

“We understand the impact and sincerely apologise for any inconvenience. We have put system updates in place and can confirm that the issues have been resolved.”

Westpac’s payment processing is down. No ETA on restoration. Phone dude told me to try again in an hour.

@Westpac TCP/IP ERROR with your merchant service. Support line is not answering. Massive impact on our boxing day sales.

@Westpac hello what is happening with Westpac!!! We have a grocery store and none of our eftpos is working 😡 customers are leaving !

The ANZ App was down for hours today, on one of the busiest days of the year for banking transactions.

“I waited about 20 minutes on the phone and they said it’s down nation-wide,” Jan said.

“They don’t know when it’s going to be back up and running.”

ANZ confirmed to 3AW Drive (about 4PM) after being down for several hours, the ANZ app is back in operation.

🛠 ALERT: There are some issues with the ANZ App this morning. We are sorry this is happening on Boxing Day. We’ll update you once it’s resolved. In the meantime, you can still use internet banking, ATMs and phone us on 13 13 14.

Hi Hamish, we can confirm that there is an issue at the moment with the ANZ App which is currently being investigated. Please log into your Internet Banking as an alternative. We apologise for the inconvenience and hope to have this rectified soon. ^JS

@3AW693 Oh No ! Anz has gone down. Called to be advised due to Boxing Day sales volume has crashed pic.twitter.com/TfDHzJaqRz