A Snapchat video has emerged of young vandals stealing Anzac Day wreaths from a war memorial in Melbourne’s east.

The Rumour File was alerted to the video last night after it was posted to Facebook by angry locals.

The expletive-laden video shows the teenagers picking up wreaths at the Box Hill Memorial gardens. 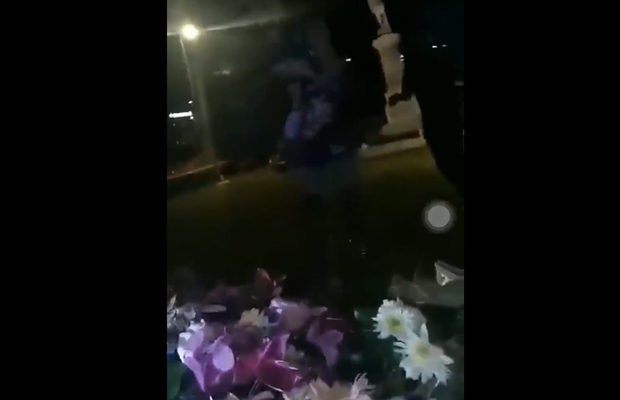 At one stage one of the youths puts a wreath on her head.

The video has prompted outrage online, accruing more than 20,000 views.

The Rumour File believes the teenagers’ school has been contacted.