Police are investigating after two businesses were destroyed and another badly damaged in a restaurant fire at Apollo Bay.

Fire crews were called to the blaze on Collingwood Street shortly before 3.30am on Wednesday.

When they arrived, one restaurant was fully engulfed by flames.

3AW Mornings was sent extraordinary vision of the blaze from Mark Davies.

“The two buildings that have been destroyed are historical buildings within the town.” 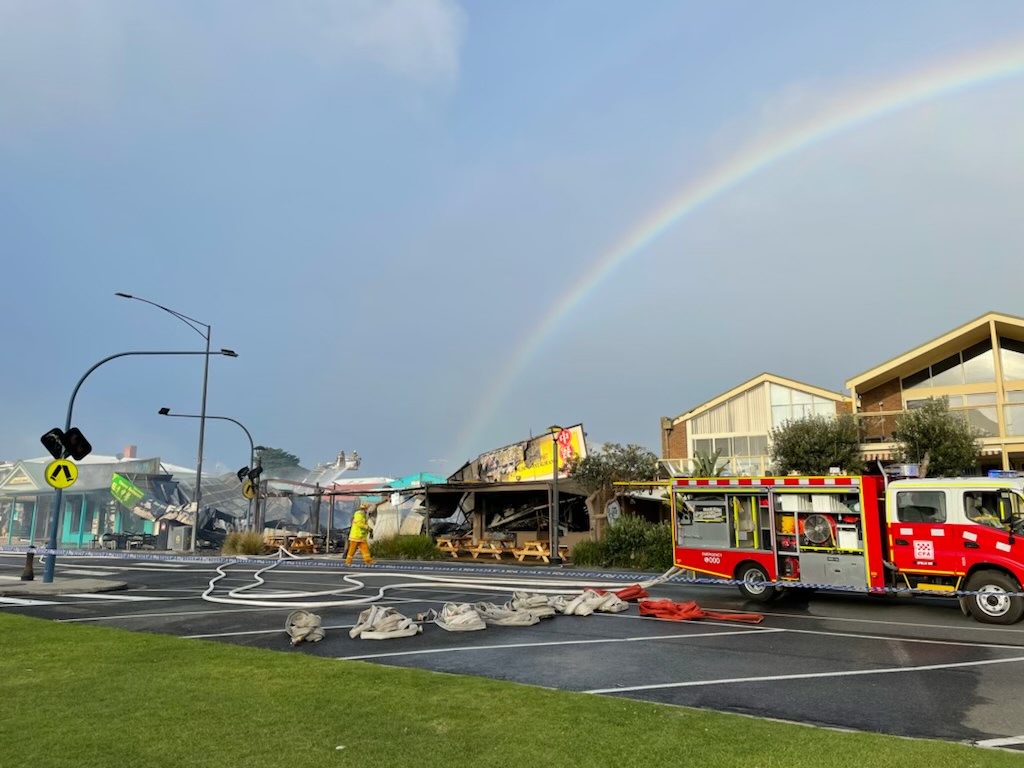