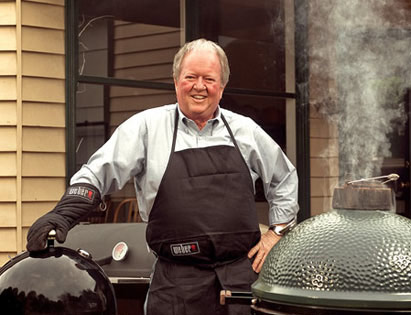 Ours is, unquestionably, a lamb-eating nation – which is not to say we always eat the best bits, or that we always cook them well. Because, in truth, we often do neither.

There are very few cuts of lamb which, with due care and attention, are not capable of being rendered absolutely delicious. But with irresponsible cooking, which usually involves high heat and far too much of it, pretty much all cuts can just as effortlessly be rendered dry, tough, stringy and inedible.

Take my favourite cut, for example – one that is not in everyone’s top five: it’s a sturdy lamb rump, intelligently butchered so that the fat cap remains in place when the meat, which will weigh around the 6-700g mark, is taken off the bone. It’s a wondrous thing to behold, and even better to eat.

To get the absolute most from this cut, however, there are a few niceities that should be observed:

First of all, leave that fat cap in place but score it carefully to achieve a cross-hatch effect, with slices running diagonally to the grain, and by cutting through the fat without cutting into the meat.

Work a sprinkling of my all-purpose dry rub (from either of the Heat & Smoke books) into the lamb, and then liven it up with plenty of sea salt crystals. Leave the lamb under this rub for a couple of hours, and then remove it from the fridge and allow it to return to room temperature for at least another hour.

Now, the trick is to slow-cook that lamb, fat cap up, over a touch of hickory smoke if you can. It you have a smoker like a Weber Smokey Mountain, a Weber kettle, a Pit Barrel Cooker or a kamado, this part is easy; but even with a gas grill, it can be easily done by reducing the intensity of the flames. In fact, lock that temperature in at not much more than 110-120C if you can manage it or, if you are using a gas barbecue, hold that heat as low and as close to those temperatures as you can – ideally indirect, of course. If it gets higher than that, that’s life. But monitor the meat carefully with an instant read digital meat thermometer. Lift the meat from the smoker/barbecue when the internal temp hits 50-55 C and rest it – loosely tented in foil. While it is resting, stoke up that barbecue heat – either by opening vents or turning up the gas – to get things roaring. Then, sear the meat fiercely for not much more than a minute a side to get things evenly charred. Rest the rump for another 10 minutes before carving and resting.

NOTE: I like to serve these slices with dollops of freshly made raw mint and almond pesto, which is also in Heat & Smoke.