Families in Melbourne’s south-east are on high alert after a child who attended a daycare centre returned a positive COVID-19 test.

The child, who last attended Explorers Early Learning in Armadale on January 7, tested positive in Israel on Saturday morning.

While at the childcare centre the child was not symptomatic.

Chief Health Officer Brett Sutton cast doubt over the positive test result, which was detected via a rapid point of care test.

“Rapid point of care tests have variable sensitivity and specificity,” he said.

“I do suspect it will end up not being a true positive case.”

Parents and carers with children who attend the centre have been notified of the incident and the daycare has closed for 48 hours for deep cleaning.

Families with children from the Red Gums and Kingfishers classroom who attended the centre on Thursday, January 7 and Friday, January 8 have been asked to self-isolate until further notice.

All children who attended the centre last week are encouraged to get tested for COVID-19. 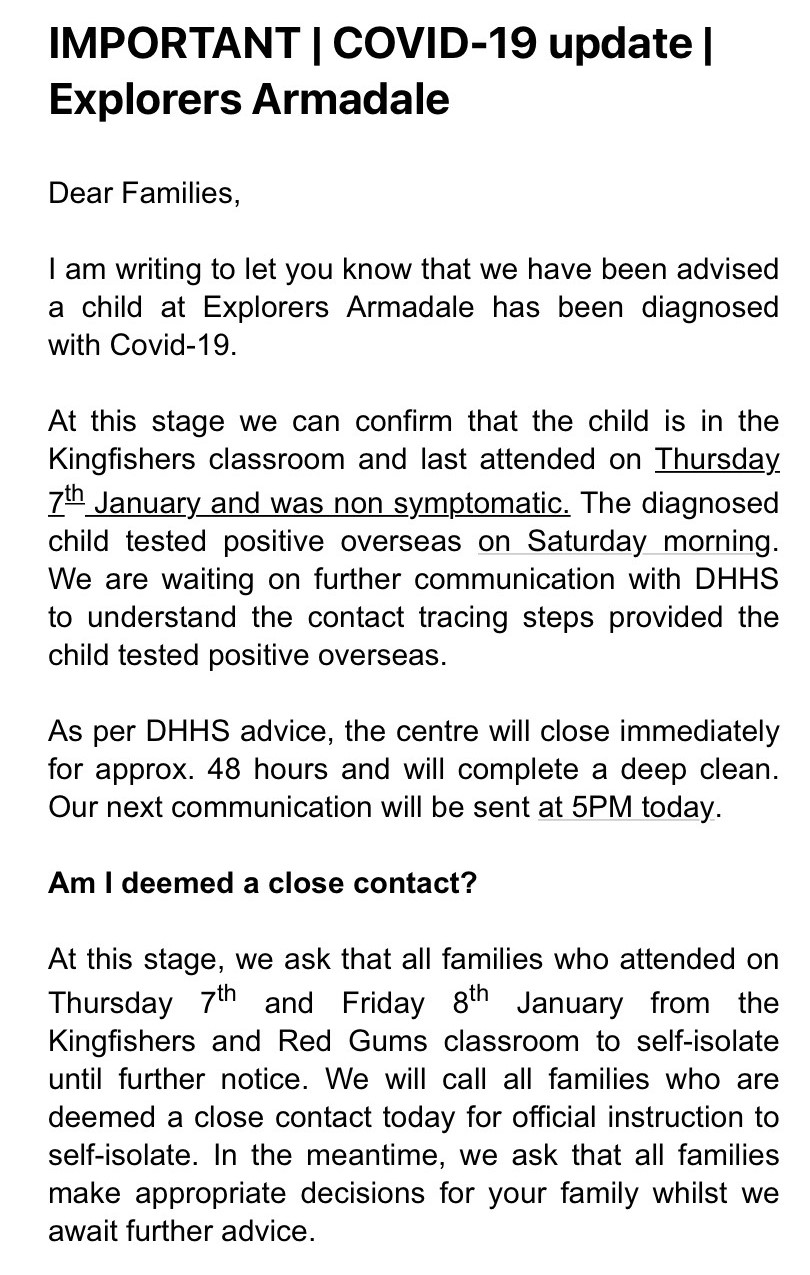 Above: The email sent to families with children at the centre.