A car has been driven through a Melbourne shopping centre and a second location targeted in two early morning ram-raids.

Karen told Tony Jones one of the entrances to the Gladstone Park Shopping Centre has been smashed after a vehicle drove straight through it.

“A car has driven through the shopping centre around to the ATMs and absolutely annihilated two of the three ATMS, they’re in pieces,” Karen said.

3AW Breakfast took a call on the ram-raids early this morning, police confirming they are investigating both incidents.

In the first, around 2.15am, three men wearing balaclavas used a Nissan Navara to smash through the front doors of the Yarraville-Footscray Bowling club.

They tried to steal an ATM, but fled empty handed.

It’s believed the same vehicle was then driven through the glass doors of Gladstone Park Shopping Centre (as seen below) about 4.40am.

The thieves again unsuccessful in their attempts to steal an ATM, before fleeing through another set of glass doors. 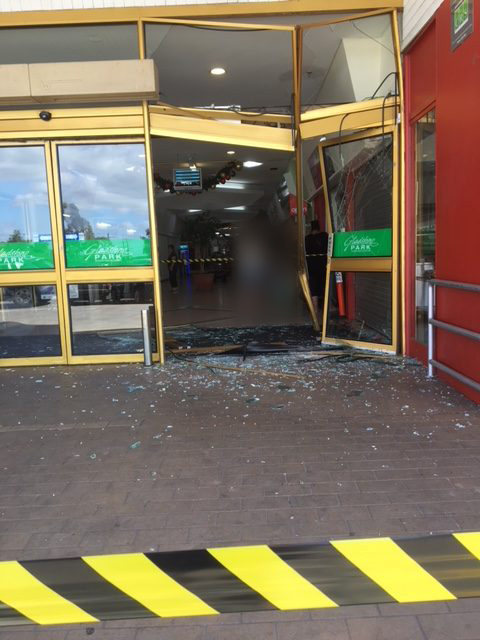 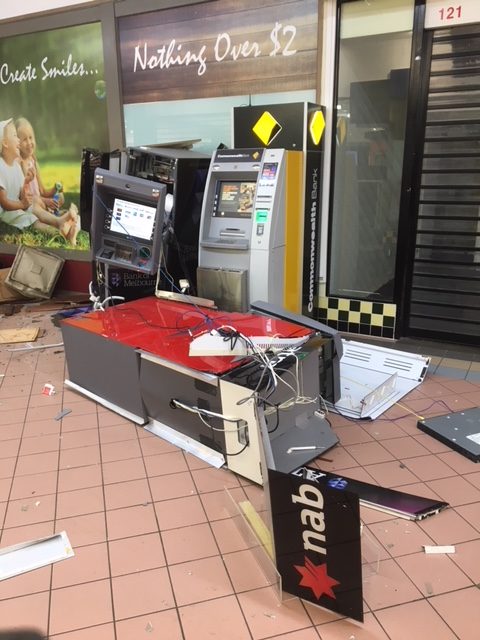 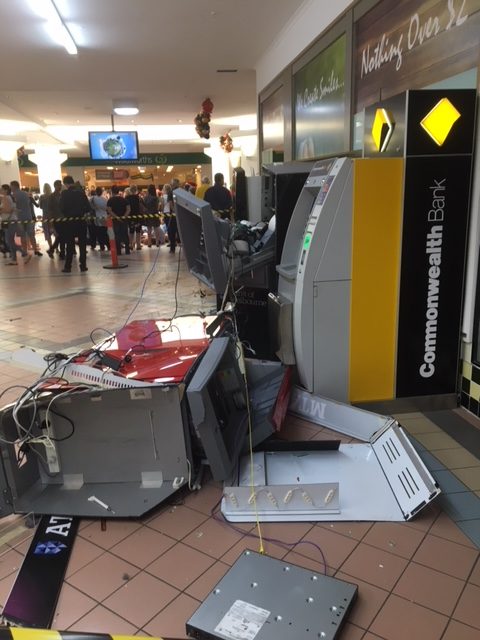 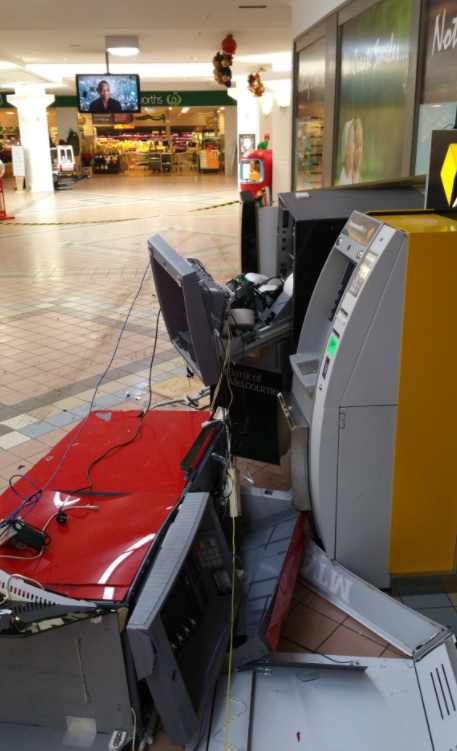