Newport residents have received a letter from Australia Post telling them that letters have been stolen from one of their depot boxes.

Meg said she wasn’t expecting any important mail but “neighbours could be and it’s all gone”. 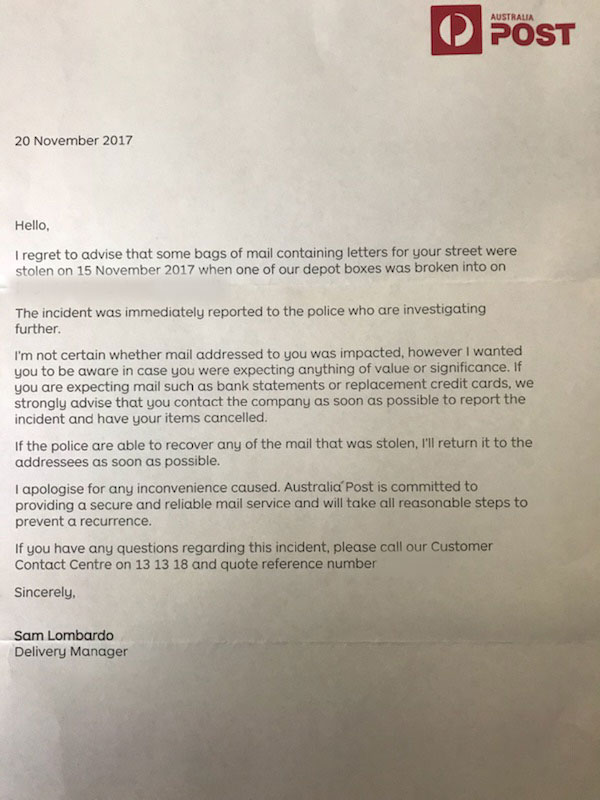 Word on the street