Australia Post sends package from QLD to VIC via WA 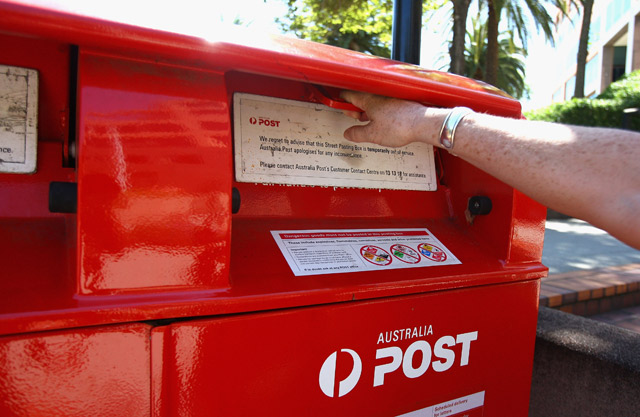 Pauline told Neil Mitchell her package has finally arrived, after its wayward journey from Queensland to Victoria, then to Western Australia and back to Victoria.

It arrived yesterday afternoon, June 20, hand-delivered to her door, after first leaving the sunshine state almost two weeks ago.

An Australia Post customer’s package has gone a long way west in its travels from Queensland, on its way to the intended final destination of Victoria.

Pauline Hicks contacted the Neil Mitchell program after buying her grandson some toys on Gumtree.

The parcel left Queensland and has managed to end up in Western Australia, on its way to Pauline in Victoria.

“They left Queensland on Friday the 8th of June and they arrived in Victoria on Sunday the 10th of June,” Pauline told Neil.

“I thought oh well, that’s good they’re in the state.”

But after reaching the sorting centre in Sunshine, the parcel was went to WA.

Pauline had a rather frustrating conversation with an Australia Post ‘chatbot’ online, trying to find some answers.

Heidi: Why did my parcel go to another state for processing?

Chatbot: There are a couple of steps involved in getting your parcel to you and the quickest route may not always be the shortest or most obvious. Once posted it’ll usually, 1. Go to a hub for sorting. 2. Travel to one of our six major parcel centres for processing. 3. Be prepared at a delivery centre. 4. Be delivered to the recipient.

Heidi: So the quickest way from Queensland to Victoria 3328 is via Sunshine West, Victoria, then over to Welshpool WA?? Bad service.

Chatbot: I’m about to show you an answer you’ve already seen. Would you like to see it again?

Chatbot: If you use a complete sentence it’ll be easier for me to help you.

Rod Barnes, General Manager, Deliveries at Australia Post told Neil Mitchell he believes the machine at the Sunshine West sorting centre accidentally read the wrong label which has ended up in the package being sent to WA.

“It looks like in this particular case, the machine can only sort one package at a time, and it’s actually read two labels and both have gone down the chute,” Rod said.