‘Balls up’: Optus gives up on World Cup, takes out ads to say sorry

Optus has agreed to let SBS broadcast all remaining World Cup matches and taken full page ads to apologise for its stuff up.

“Balls up” and “disaster” are some of the words the telco used to describe its coverage of the tournament.

In advertisements featured in major newspapers today, Optus says its coverage was meant to be one of its proudest moments.

And it wants to make amends.

Optus has given up its exclusive rights, with all remaining matches now screened on free-to-air TV on SBS.

Streaming issues last week left fans reeling and even resulted in a ‘please explain’ from the Prime Minister Malcolm Turnbull.

Optus is believed to have paid about $8 million for the rights. 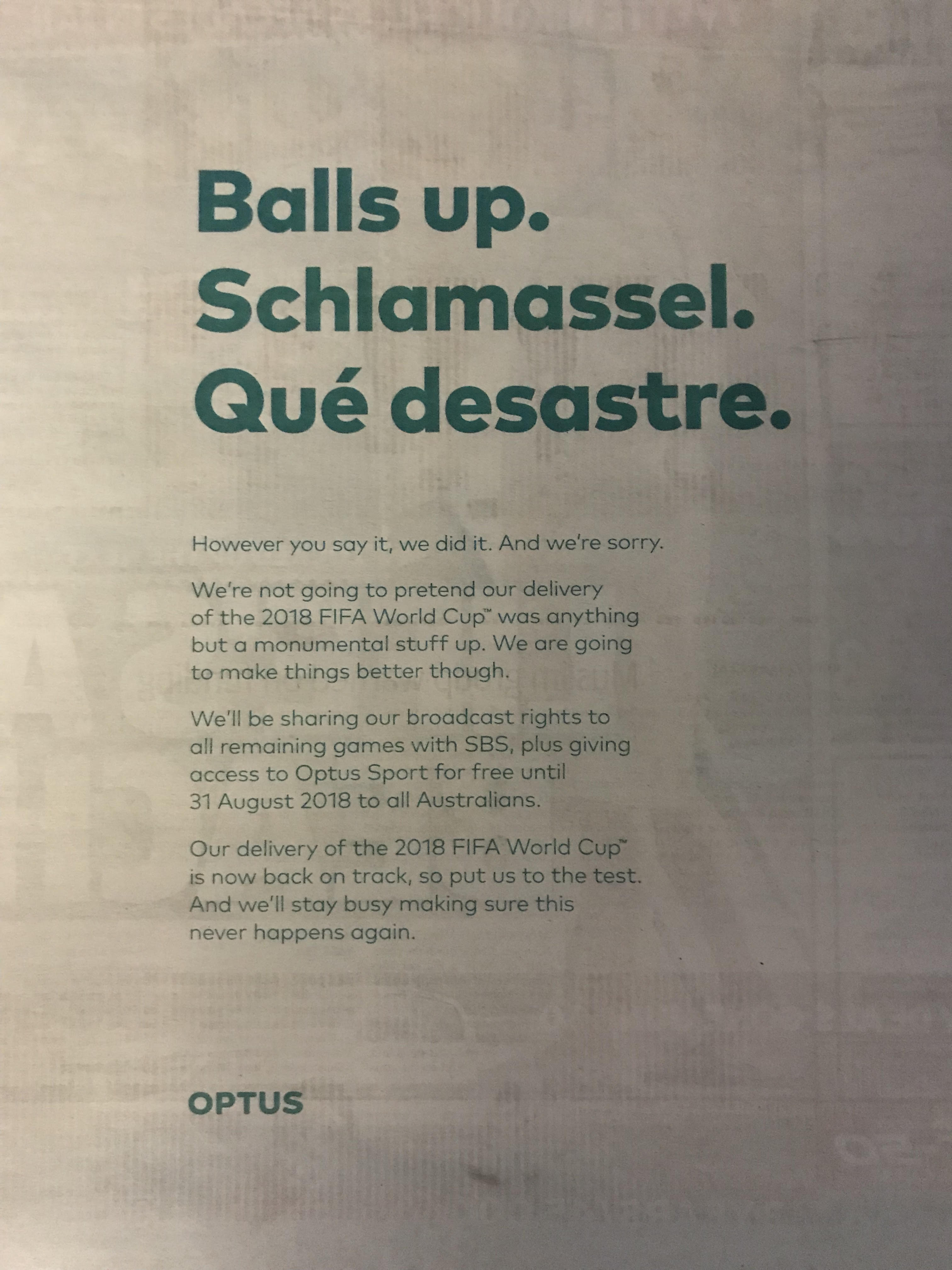