The Bass Coast Shire has come under fire for attempting to slug a volunteer Wildlife Rescue Team almost $2500 for putting up signs around Phillip Island.

“Not a request, no phone call, no nothing, an infringement notice for $130 per sign,” Kaylene said.

“We tried on two occasions to seek permission to have those signs put up, we got no response from the phone calls we made.

“In the two days that they were up, we didn’t get a single rescue call.

“This is a service we’ve provided for more than 10 years with no help from the Shire, all the funding comes out of our pocket, yet when someone calls with an injured animal they’re only too happy to forward the call straight to us.”

Only after 3AW Mornings got involved, CEO Bass Coast Shire, Paul Buckley responded and said they’ll waive the fees for the rescue team to get the signs back.

“We were a bit heavy-handed yesterday, a couple of staff have been perhaps, over exuberant,” Paul said.

“We could have worked more closely with the group on a resolution.

“There’ll be no fines, no penalties issued to the group.” 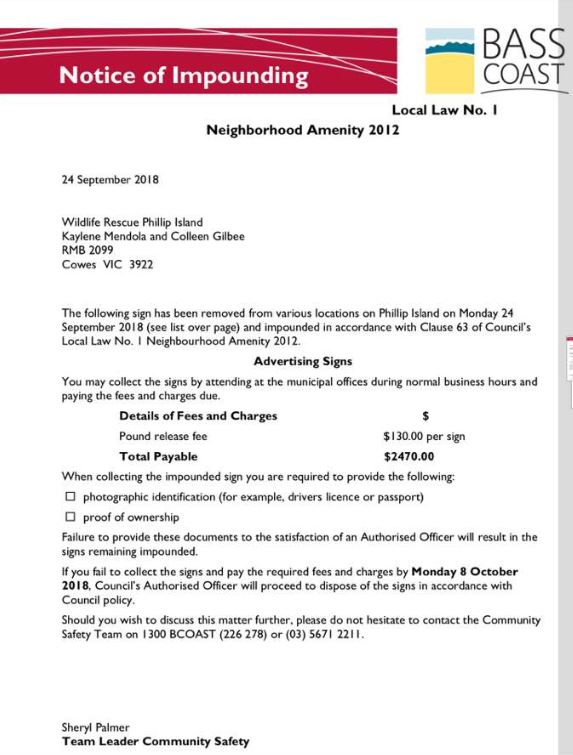 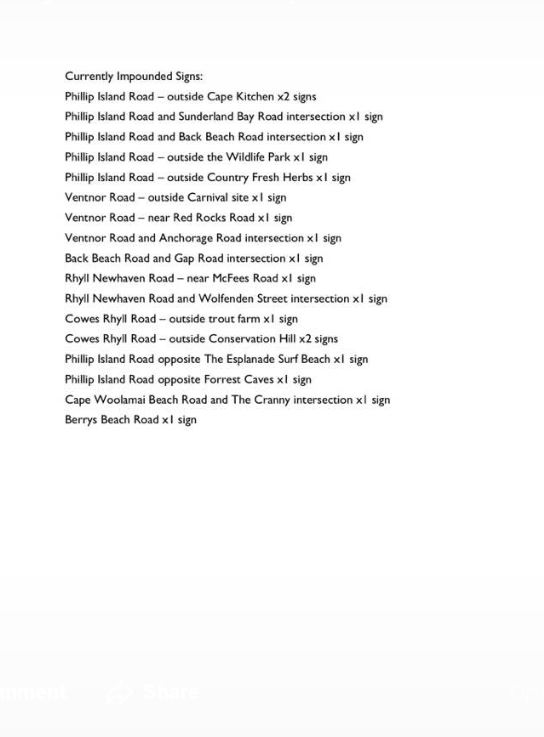