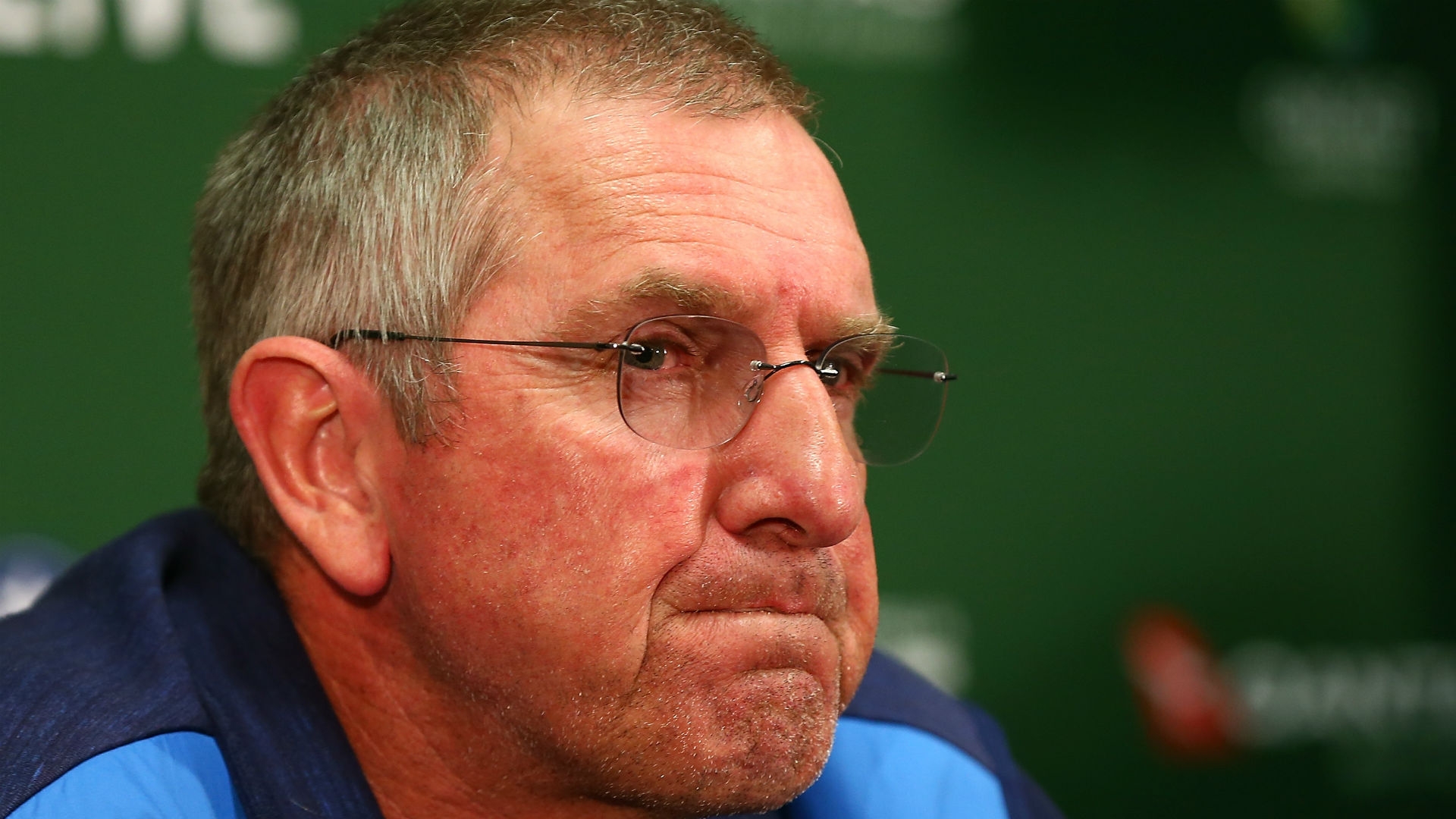 Trevor Bayliss remains confident he is the right man to lead England’s Test team, despite the Ashes having been relinquished to Australia inside three matches.

An innings-and-41-run loss to Australia in Perth means England trail 3-0 in the five-match series ahead of remaining Tests in Melbourne and Sydney.

The tourists started strongly at the WACA, reaching 368-4 in their first innings, but Australia dominated thereafter to record another emphatic win, leaving England to again rue a failure to make the most of a promising position.

In the wake of his side’s latest loss, Bayliss was asked in a news conference whether he is 100 per cent certain he is the man to take England forward.

“Well, I think I am,” replied the Australian. “You may not, but I think our performances have done pretty well over the last couple of years.

“That’s for people above my pay grade to make that decision, so we’ll leave it up to them.”

Australia have their hands back on the #Ashes urn! pic.twitter.com/QOLt8HgXTY

Bayliss and England skipper Joe Root played down talk of a potential ‘changing of the guard’, with several senior players – such as Alastair Cook and Stuart Broad – having struggled to make an impact in Australia.

Root described the loss of the Ashes as “bitterly disappointing”, but insisted England’s effort and commitment could not be faulted.

“It is frustrating, but one thing’s for sure, I can’t fault the lads’ effort and the way we went about it,” said the captain.

“The guys tried absolutely everything. It wasn’t for lack of effort. We felt like we tried every plan. I’m really proud of the effort of the team.

“Again, it’s just very disappointing that, from being in such a strong position, we’ve not managed to drive the game forward.

“I think one of the most frustrating things is we haven’t been blown away. We haven’t been completely outplayed. We’ve put up some really good performances, just not for long enough. It’s as simple as that really.

“I’m sure the next day or so will be pretty tough, but we’ve got a bit of time now to get right for Melbourne and make sure our minds are fully on putting in a really strong performance and coming back from this and showing the character that we have.

“I don’t think [the results of] these three games is a fair reflection of how we’ve played and what we’re capable of, so I think we need to do ourselves justice and the supporters back home justice as well.”