Kate Stevenson’s just returned from a quick five days in Boracay, one of more than 7000 islands that make up the Philippines.

The island is famous not only for its white sand beaches, palm trees, and clear water; but for a controversial decision made by the Philippines Government that may well have ensured its survival for years to come.

Here are her observations.

“Want to come to Boracay?” they asked.

Boracay. Visions of white sandy beaches, clear blue-green waters, palm trees, and oversized cocktails came to mind. To be sure this wasn’t just a dream, I Google-searched the Central Philippines island.

Sewage, tonnes of rubbish, and tens of thousands of drunk tourists. This didn’t look great.

Apparently, controversial Philippines president Rodrigo Duterte agreed. Last April he ordered an almost-immediate shutdown of the island for six months. But I was assured Boracay was now back in business, having re-opened in October.

Being a conscientious travel reporter, I figured I should probably confirm that in person.

It’s true, Boracay was closed for six months from April until October last year after footage of raw sewage pouring into the sea was released to the world. President Rodrigo Duterte declared it a “cesspool”. During the closure, no tourists were allowed on island – only residents and staff could enter and exit and by all reports officials were diligently checking the identification of all comers.

The impact of the closure can’t be underestimated – both on the local population while the island was cut off to tourists, but also to the health of the island now it has officially re-opened.

So why close it? Well, Boracay had previously gained a reputation as a party island, where smoking and drinking on the beach was commonplace. Each year there was a huge multi-day party called La Boracay, the last one saw 70,000 tourists leave behind 10,000 kgs of rubbish.

Now, there’s now cap on tourist numbers on the island, at any one time they’re allowing 19,200 visitors – although by all reports that’s pretty hard to police.

Now, you can no longer drink or smoke on the beach, and on some popular beaches there are undercover police enforcing these and other rules. It may sound draconian, but locals explain that part of the reason they’re undercover is so that beachgoers don’t feel intimidated by the uniform.

Some of these stunning beaches were a problem in themselves, picture-perfect Puka Beach is the starting point for the many island-hopping tours on traditional Paraw boats, but up until last year it was completely overrun with stalls, food and drink touts, and masseuses pushing their services. Their numbers have since been cut down to an almost unnoticeable presence. That said, there’s no missing the many traditional boats in the water, this being a popular spot to start those tours. Swim between the flags or you’ll be in and out of the water making room for honking boats dropping off and picking up punters.

And the touts who do remain on popular beaches like the 4km long famous White Beach? Well, they’re nothing if not polite. Consider this exchange:

KATE: No, we’re doing that this afternoon.

It’s sounds like a cliché, but the locals we met really were just fabulously friendly.

How did the closure affect resorts?

At the Movenpick where we stayed, Andres Brulhart was appointed GM just as the island closed. He arrived a week after the shutdown. They kept all their staff on, but he was the only resident in the hotel for that six months. Despite the setback, he says the decision was the “best thing that could have happened to the island”, and was a brave one.

At the nearby luxurious Shangri La, Jaiko del Rosario says there was one very positive effect of the closure, the sea turtles thought long gone, came back and laid their eggs out the front of the resort. The Shangri-La, too, kept all staff on throughout the closure, there was still plenty of maintenance to be done – guests or no guests.

What else was done during the closure?

As well as building a proper new sewage system, the government was determined to enforce the building rules that should have already been in place to protect both the environment, and people on the islands – namely a requirement that no buildings be constructed within 30 metres of the shoreline, and 6 metres from the road. So what to do with existing buildings that don’t comply? Why, measure it out, mark the buildings where the boundary should be with spray paint, and demolish anything that breaches that paint mark. No kidding.

Or, demolish them altogether. Ahead of the closure almost 1000 beachfront businesses were slated for demolition.

Where is it at now?

Yes, the island is officially open, but away from the picturesque beaches, many things are still under construction (or part-way through demolition).

It’s worth knowing that at the moment travel around the island ain’t that easy. While Boracay is officially “open for business”, the rebuild is not entirely finished when it comes to fairly important things like roads. So while this means that it’s far quieter than it was in terms of visitor numbers (so the beaches are fabulously quiet at times), it also means that a short trip won’t necessarily be a quick one, or a comfortable one. This is a brilliant option for what the travel agents call a “stop, drop and flop” holiday – if relaxing by a beach is what you’re after, you’ll love it. Eating in your own and nearby resorts is easy to do. Traversing the island for a quick bite not so much so.

To get around you have options between hotel-operated shuttles, shuttle van, motorised tricycles, and a new fleet of electronic trikes. From the jetty to any of the stations on an E-trike you’ll pay around $4.

What else can we do there?

There are plenty of options for those who don’t want to sit on a beach all day.

For the lazy people like me, most good hotels have a spa attached, or try Mandala Spa in station three, it is sublime.

Or, try a sunset cruise. There are options to join group cruises, or hire a luxury private yacht.

For the more adventurous – there is parasailing, mermaid classes (yes, you heard me!) helmet diving, island hopping tours with cliff jumping opportunities, helicopter tours and more.

Philippine Airlines currently have a sale on for travel until May 31 2020 (all are return fares inclusive of tax, although there’s a blackout period from Dec 2019 to Jan 15, 2020)

There are two flights daily from Manila to Caticlan 0810 and 1110, it takes around an hour, then it’s a five minute boat ride across to Boracay.

Well, I loved it, but I do enjoy a bit of an adventure. Boracay still has a way to go in terms of infrastructure, but for someone who loves rest, relaxation and a little bit of indulgence, it’s a great option for a stop, drop, and flop holiday. 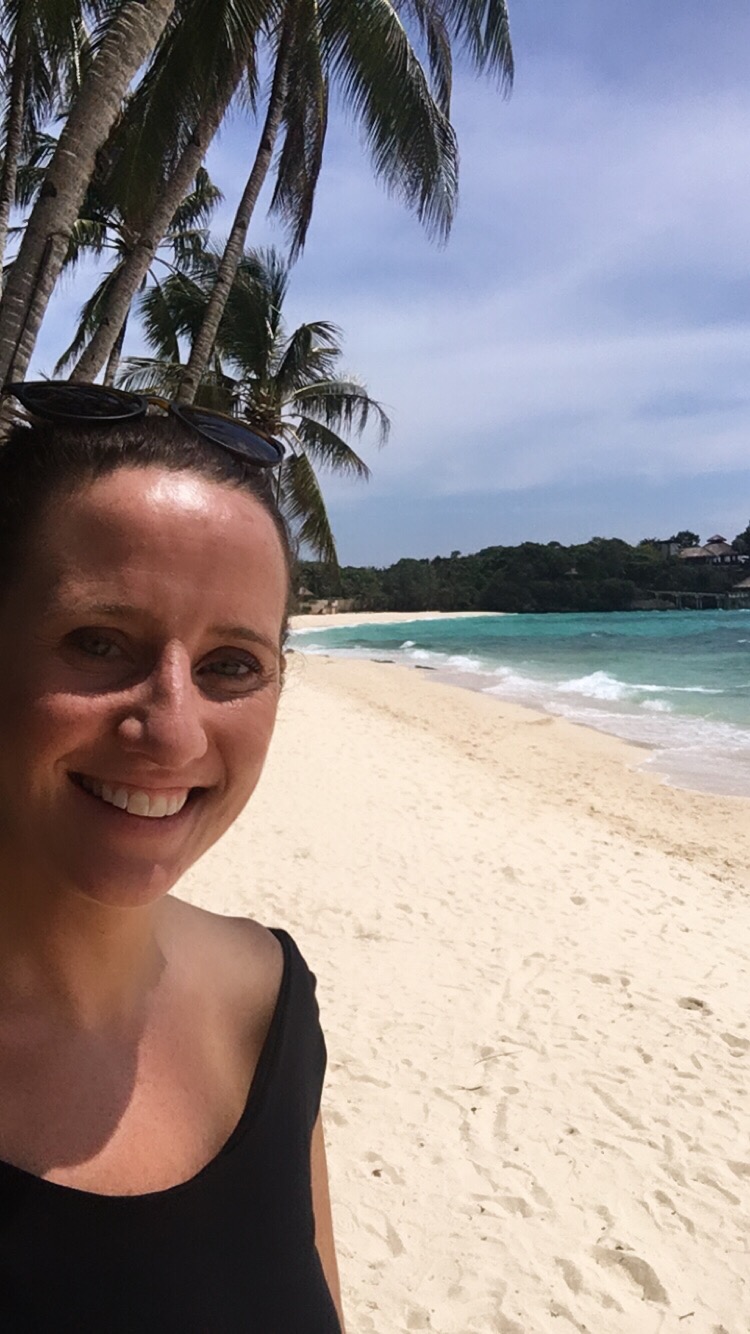 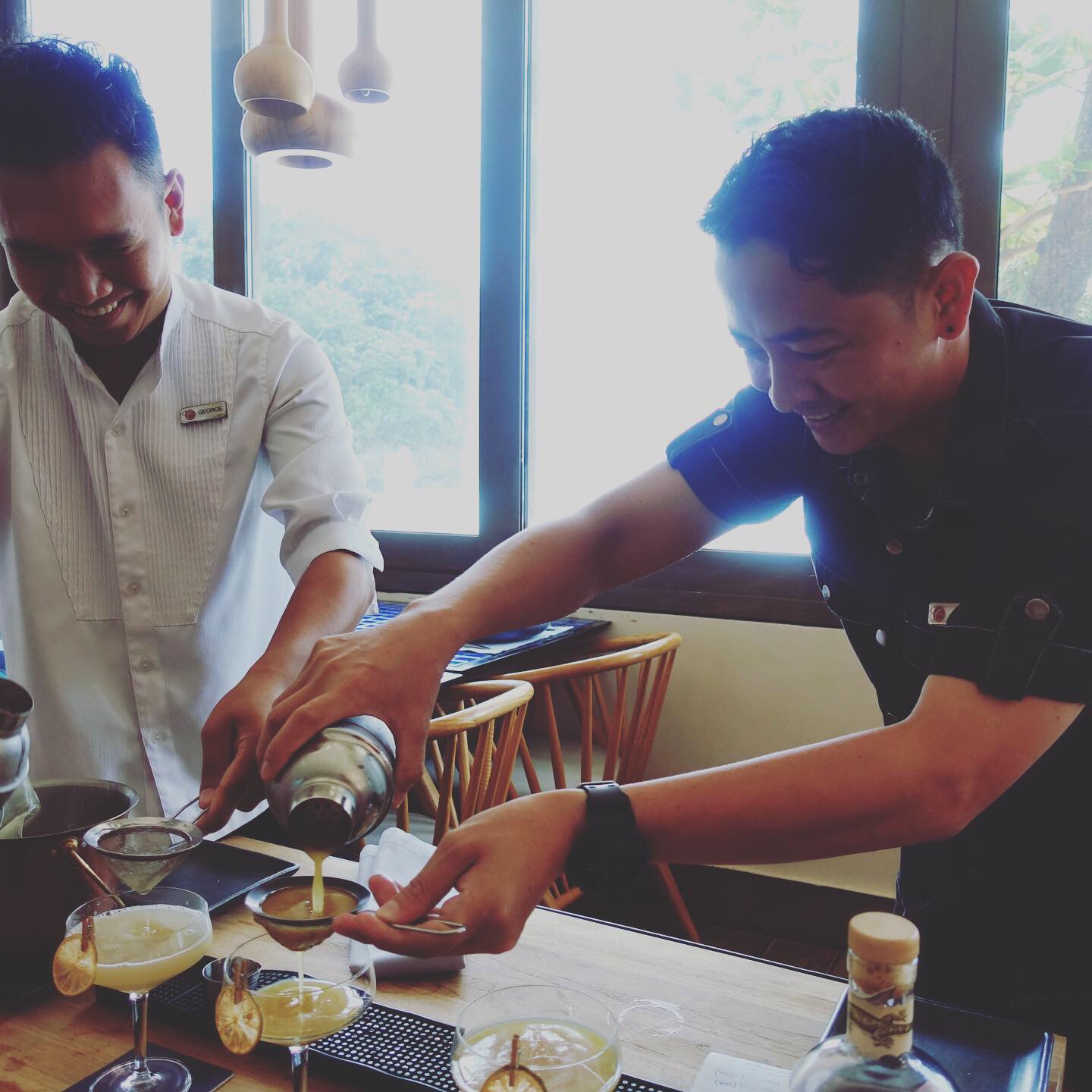 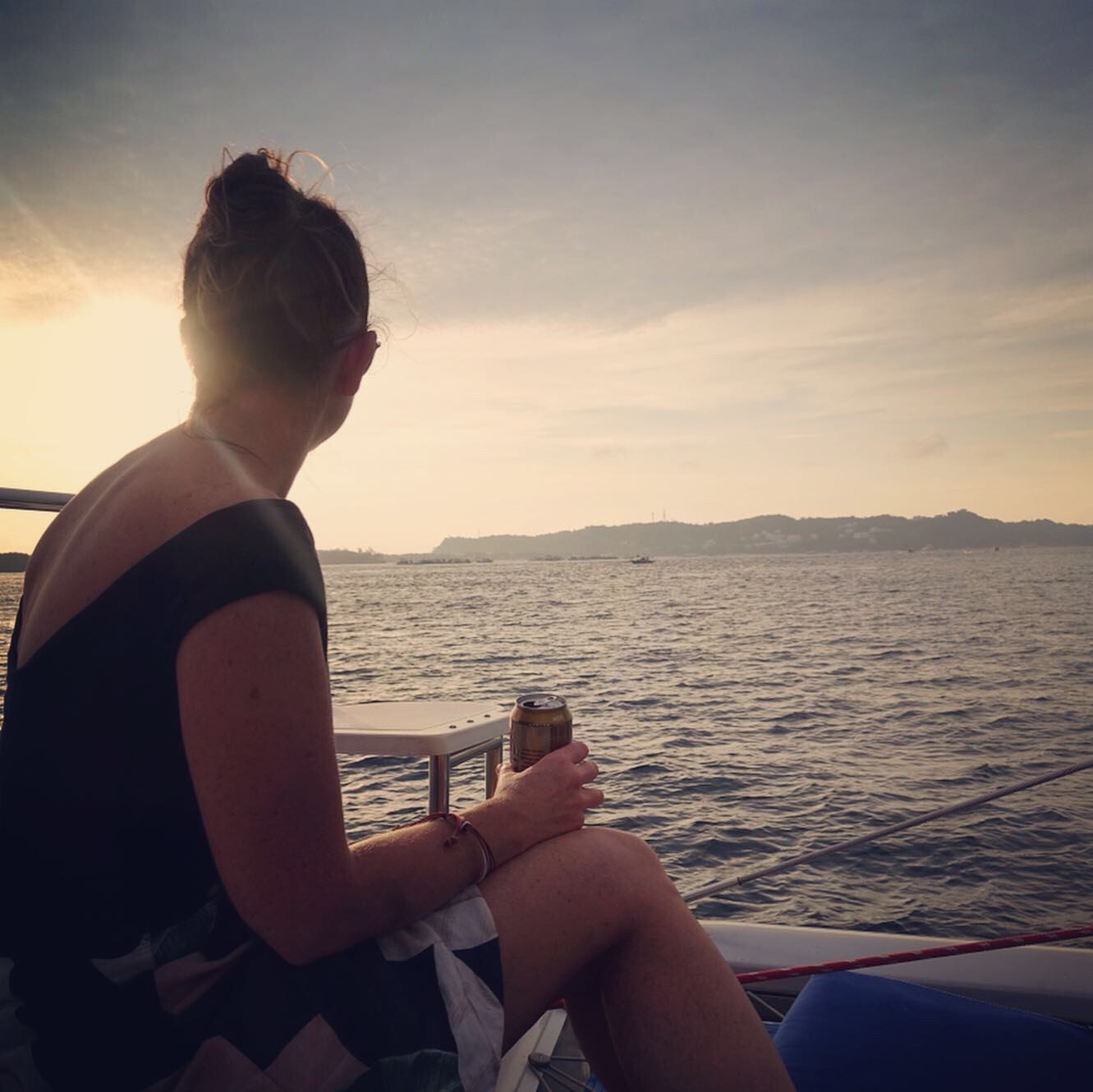 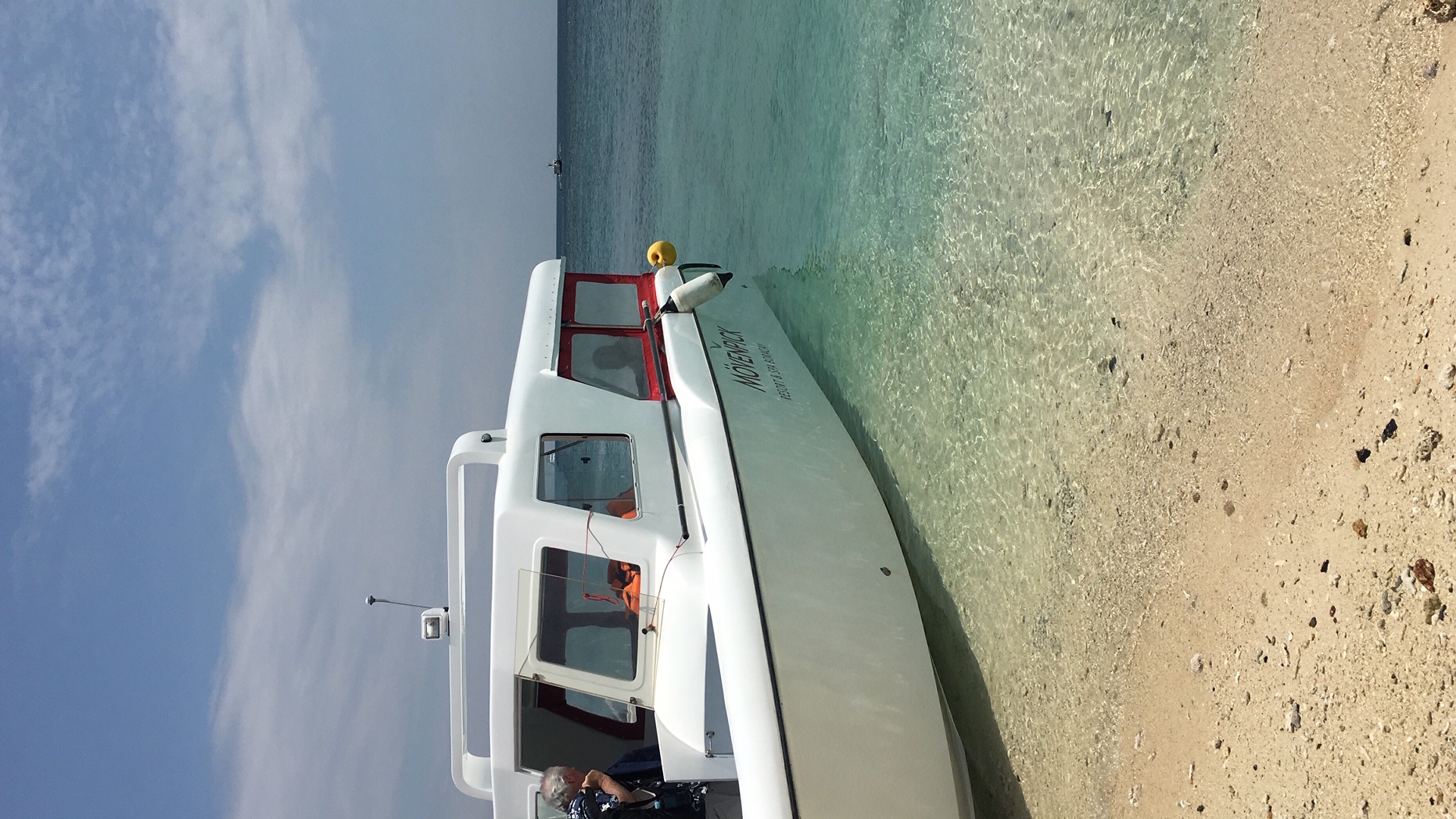 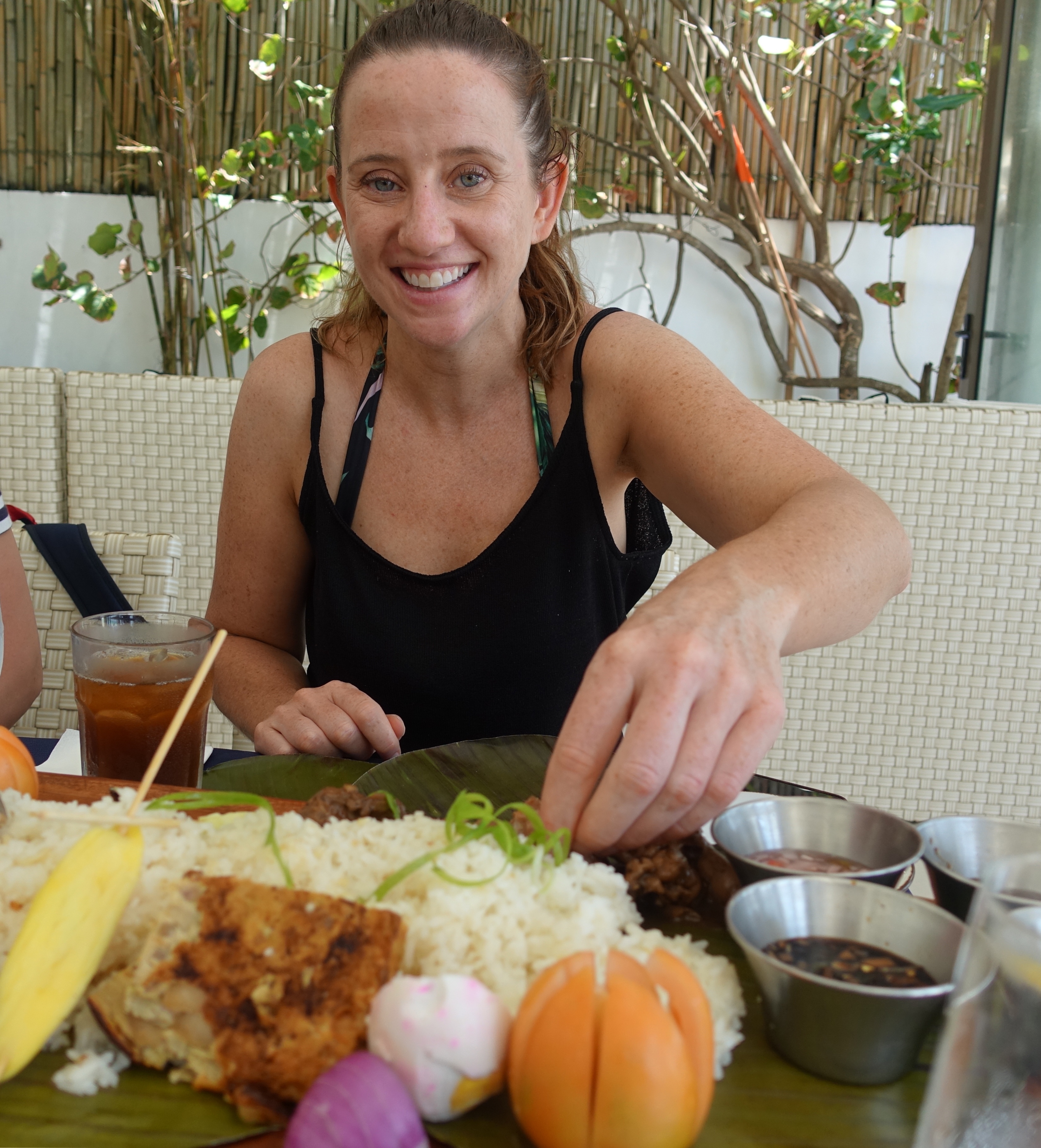 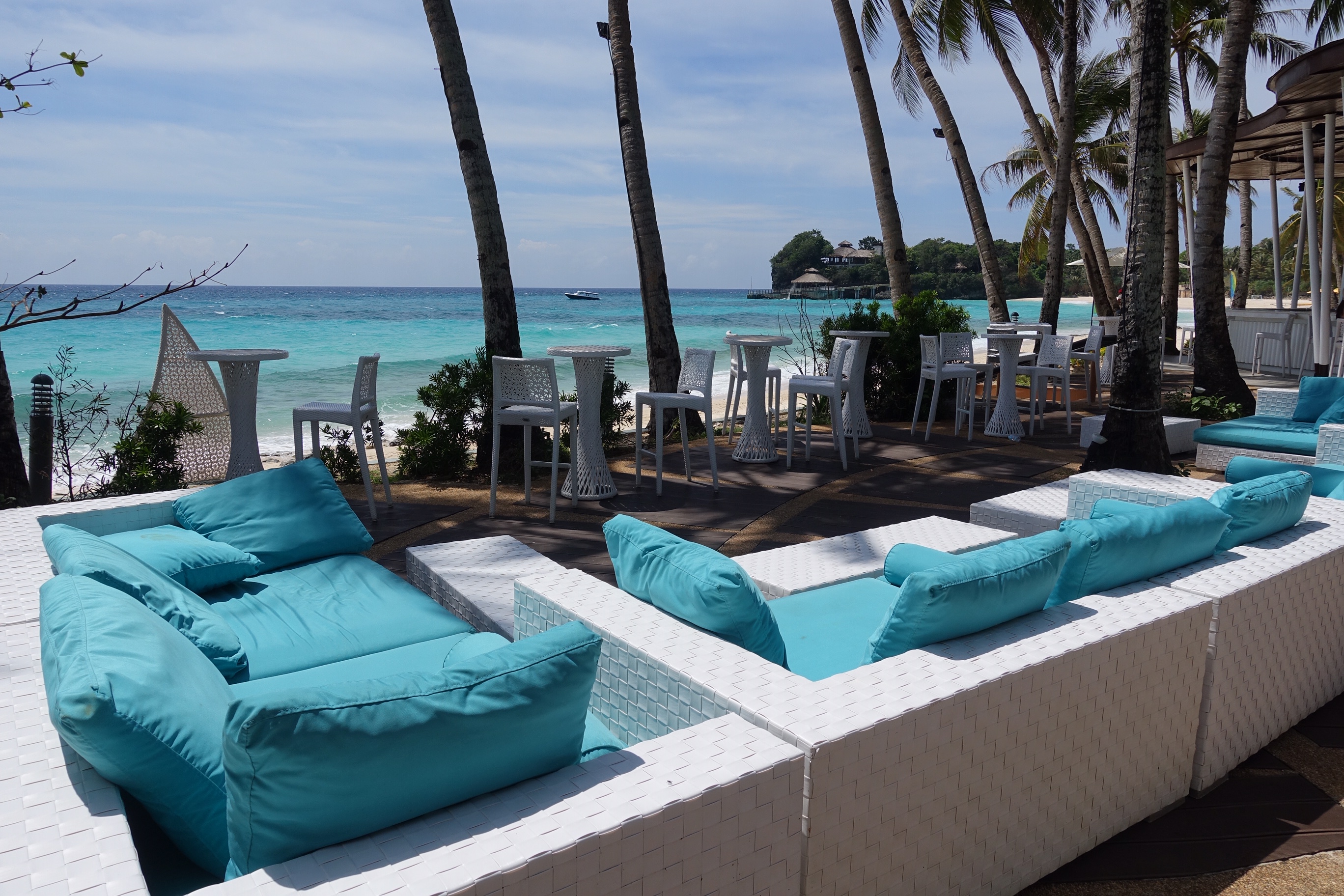 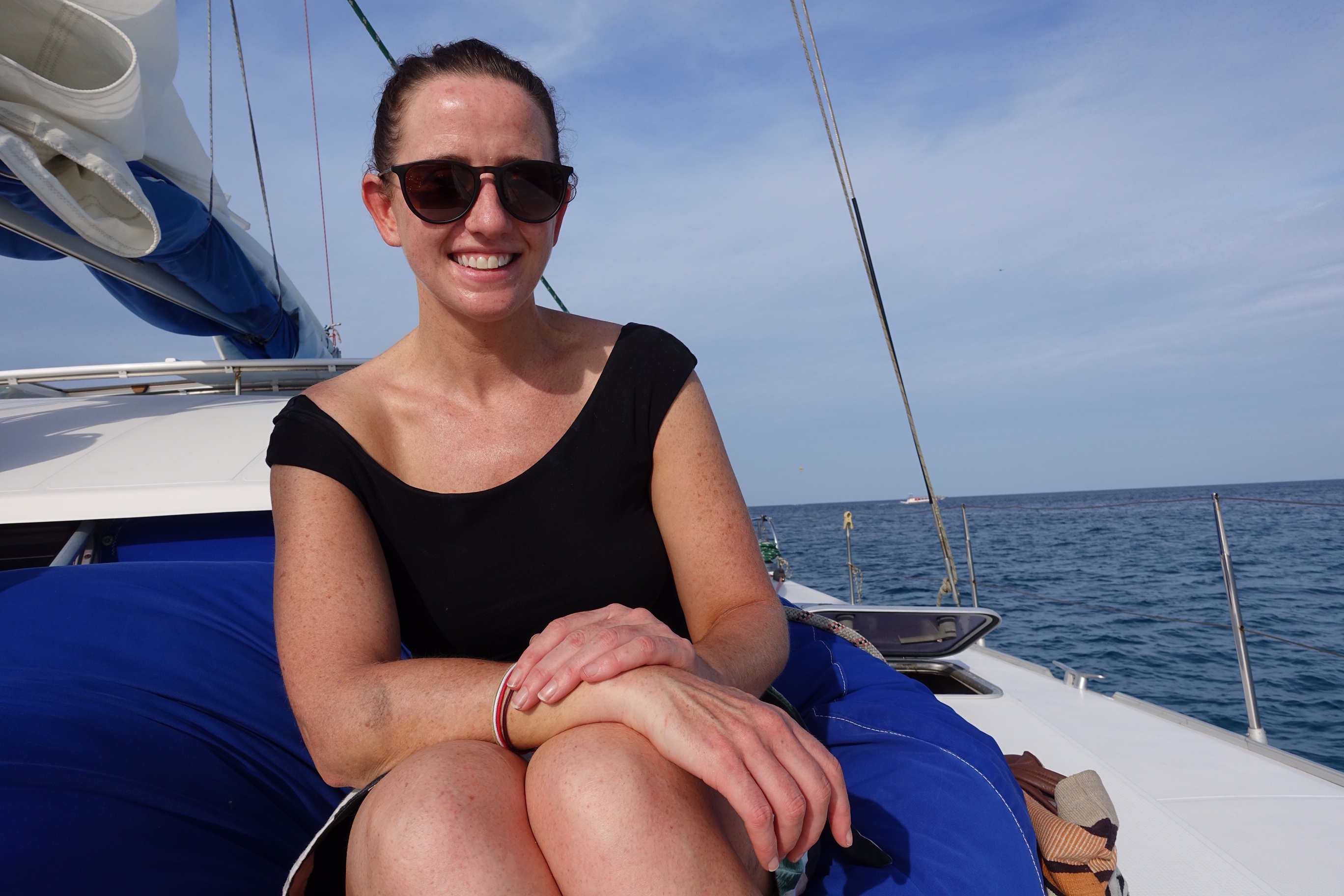 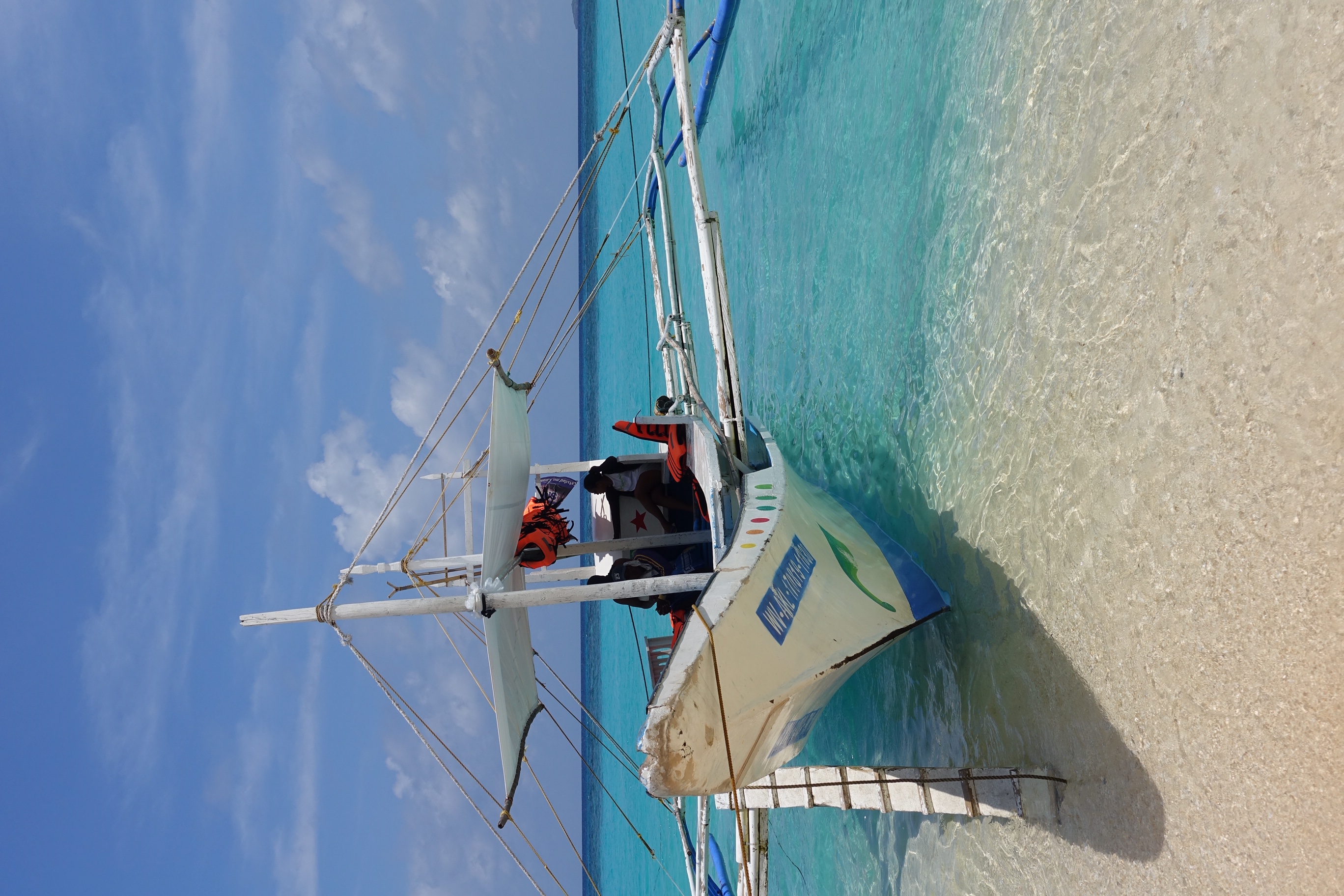 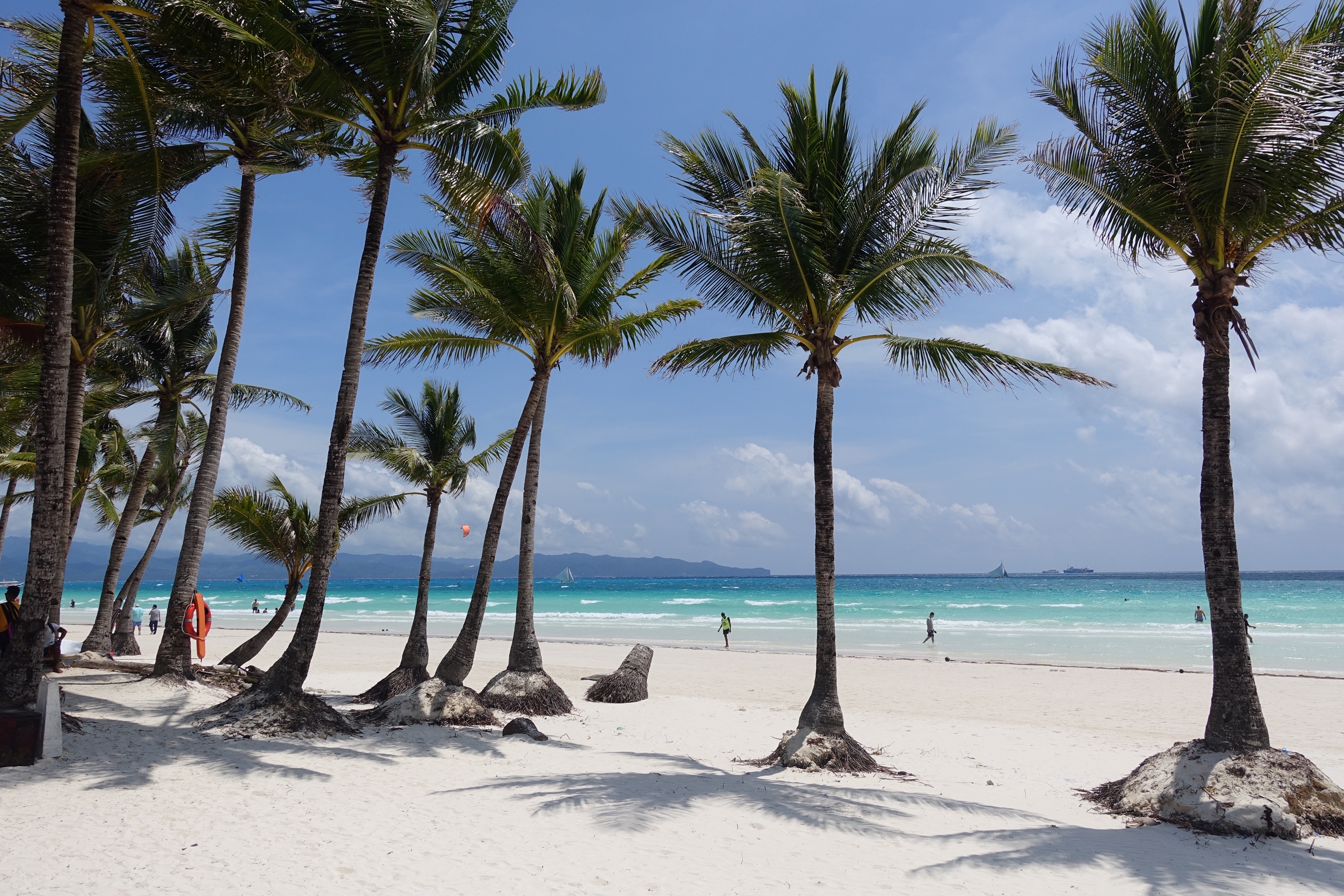 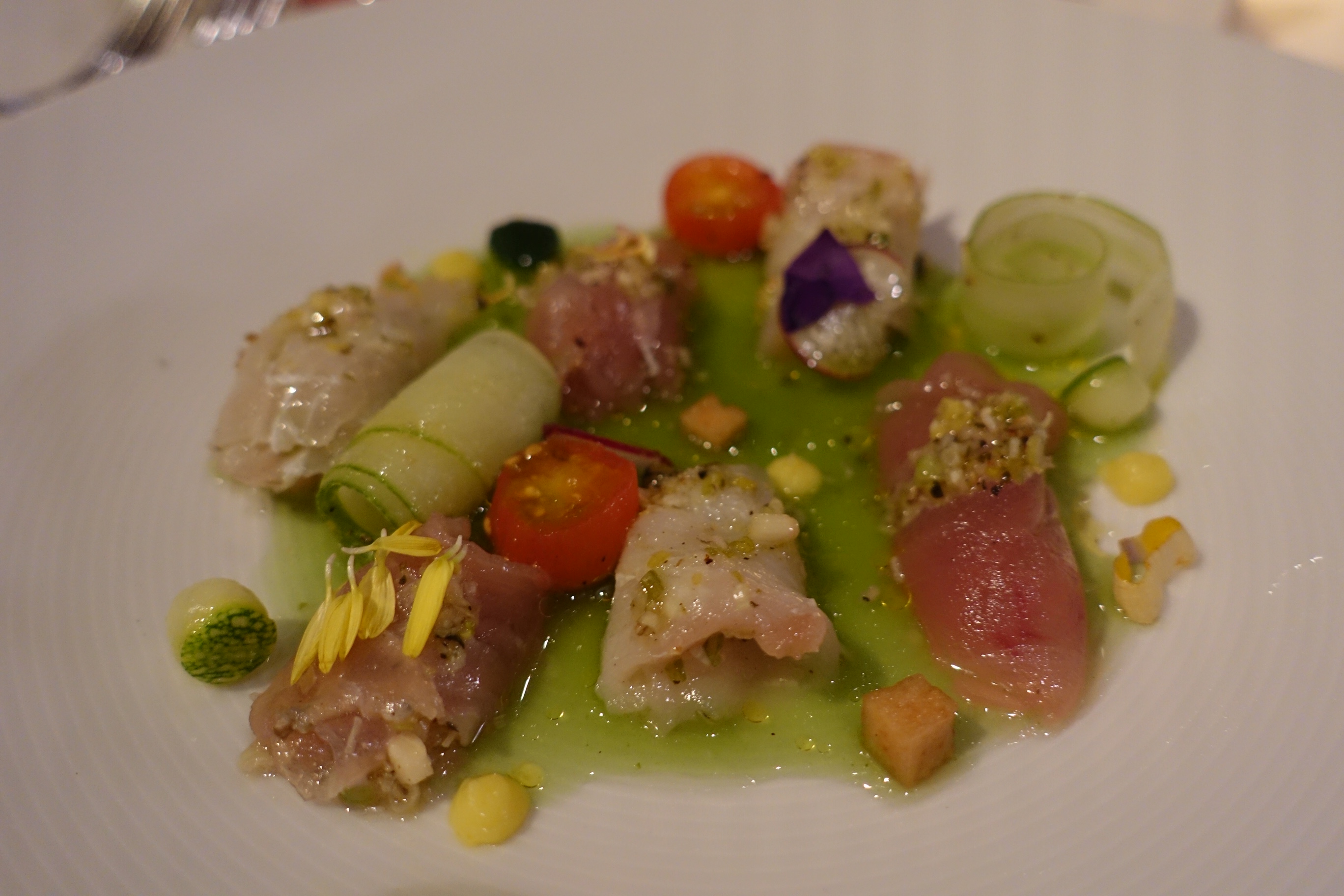 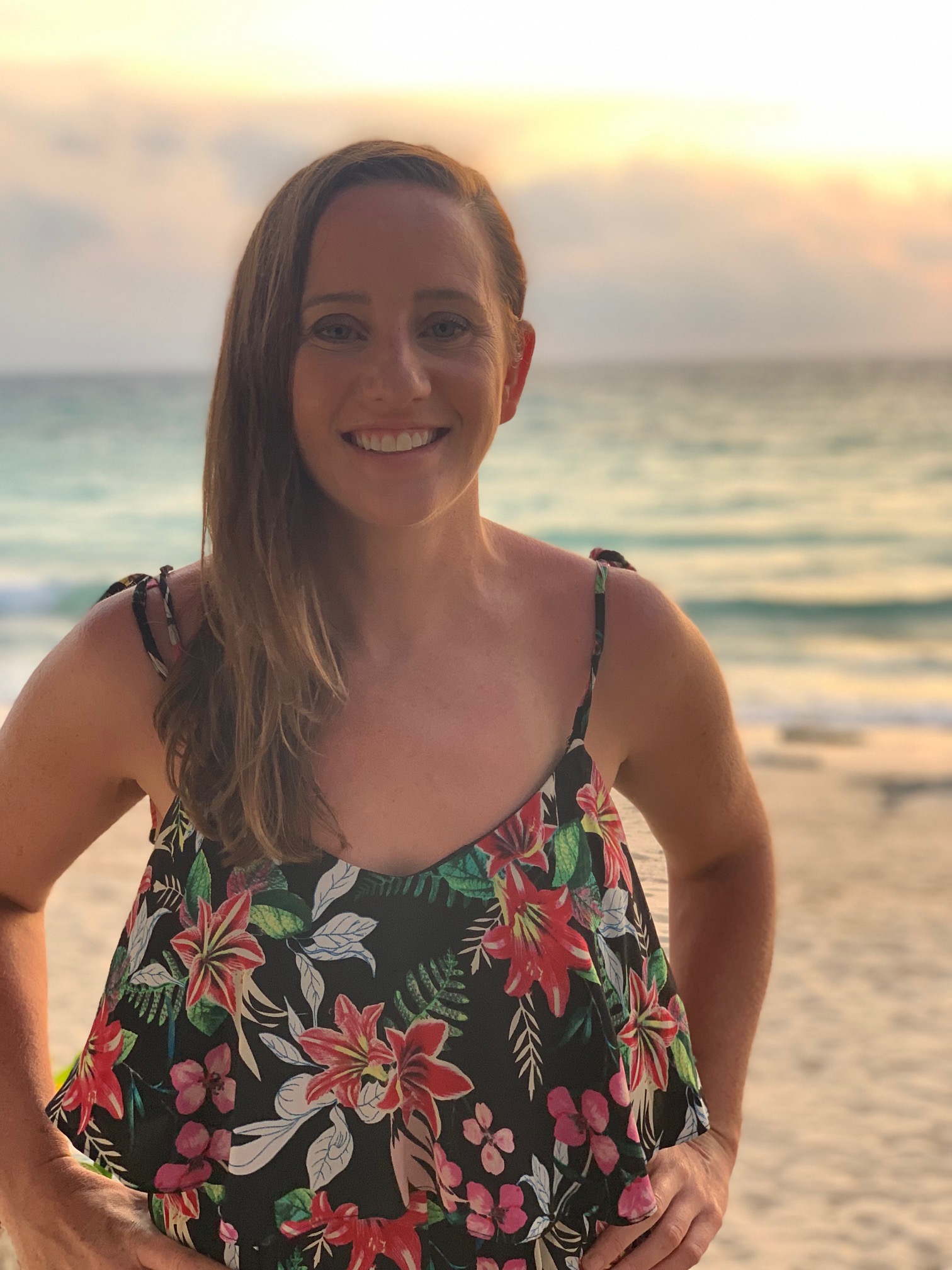 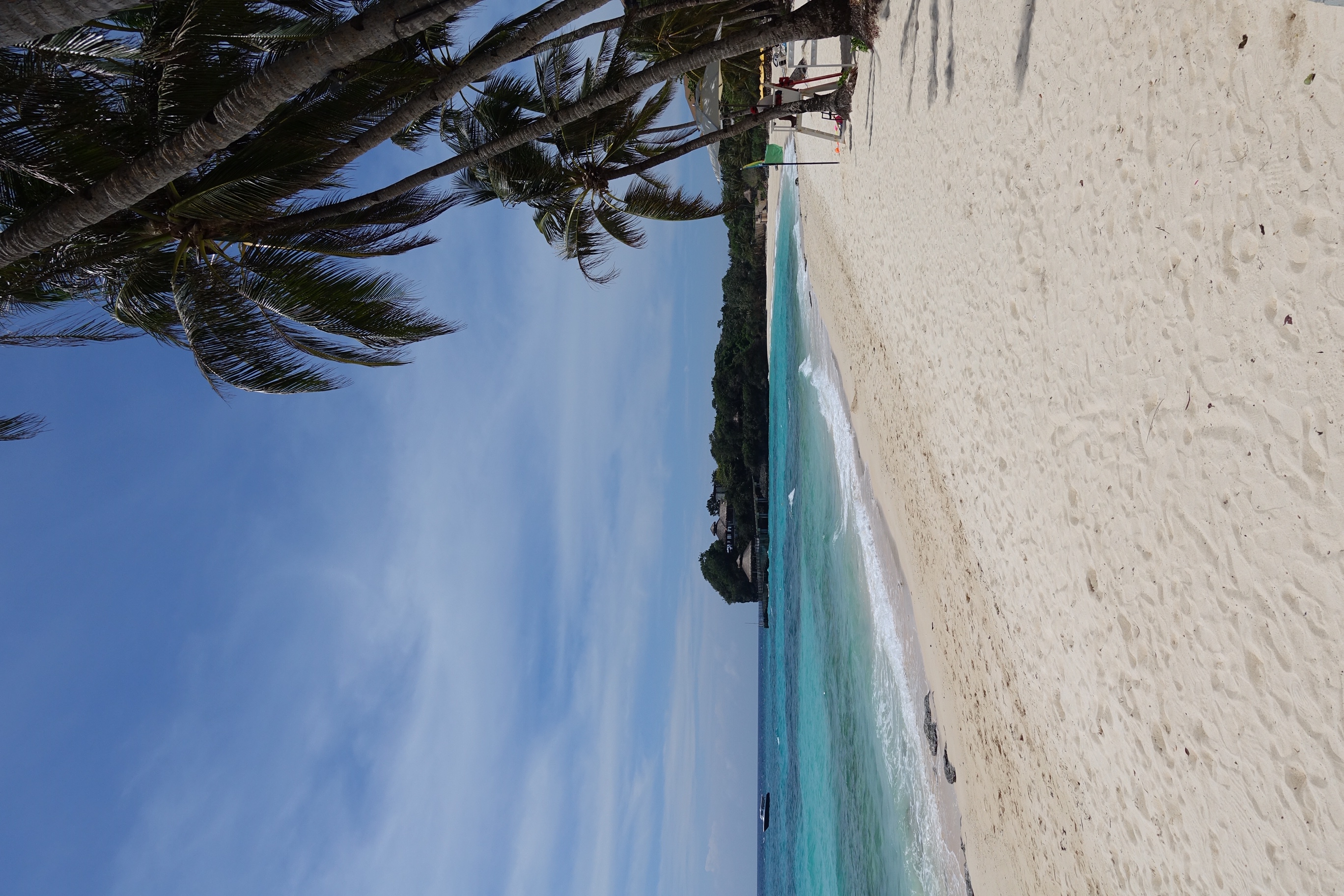 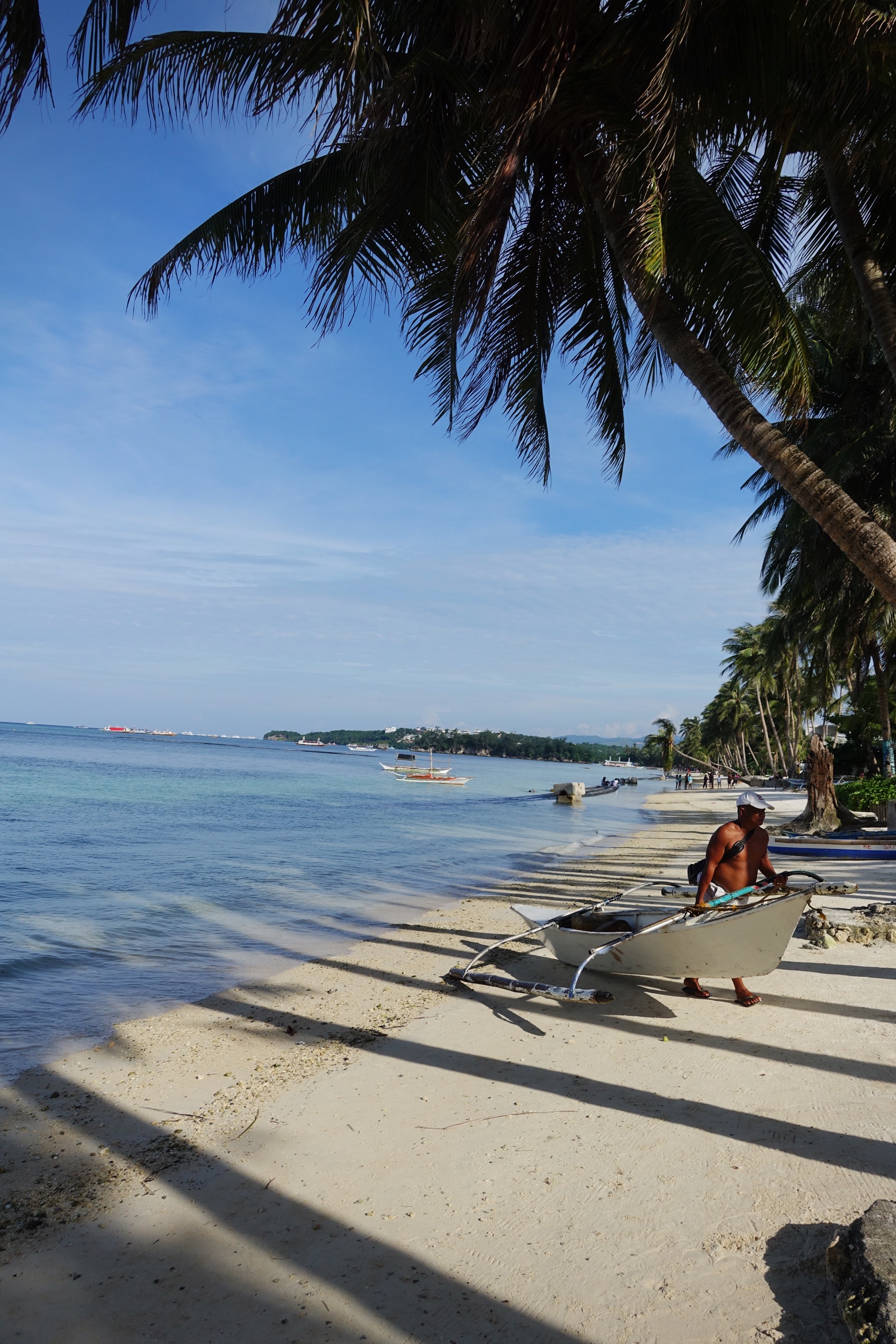 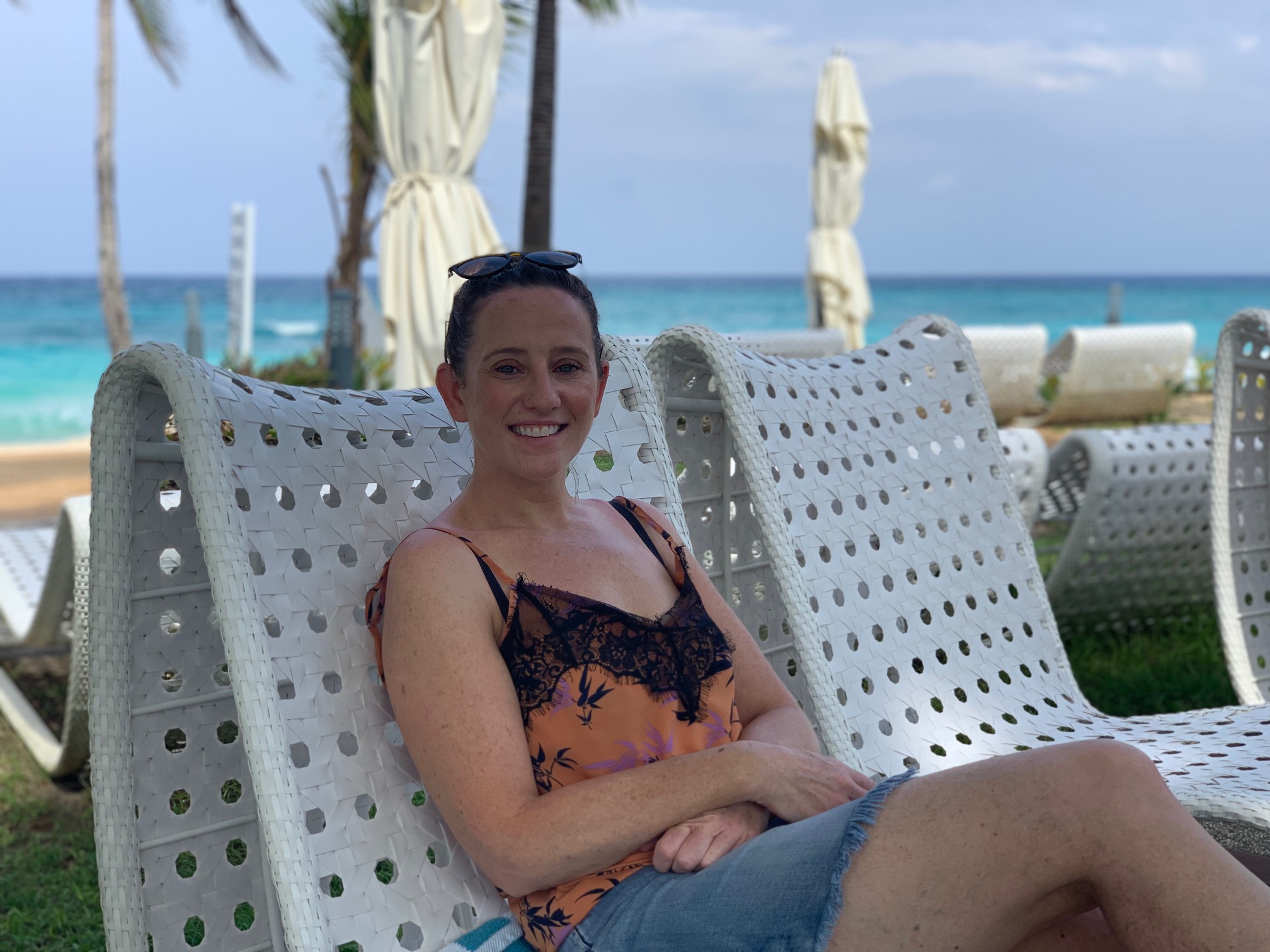