Heavy rain has caused flash flooding in parts of the state, while one coastal town has been hit by what appeared to be a freak snowstorm. 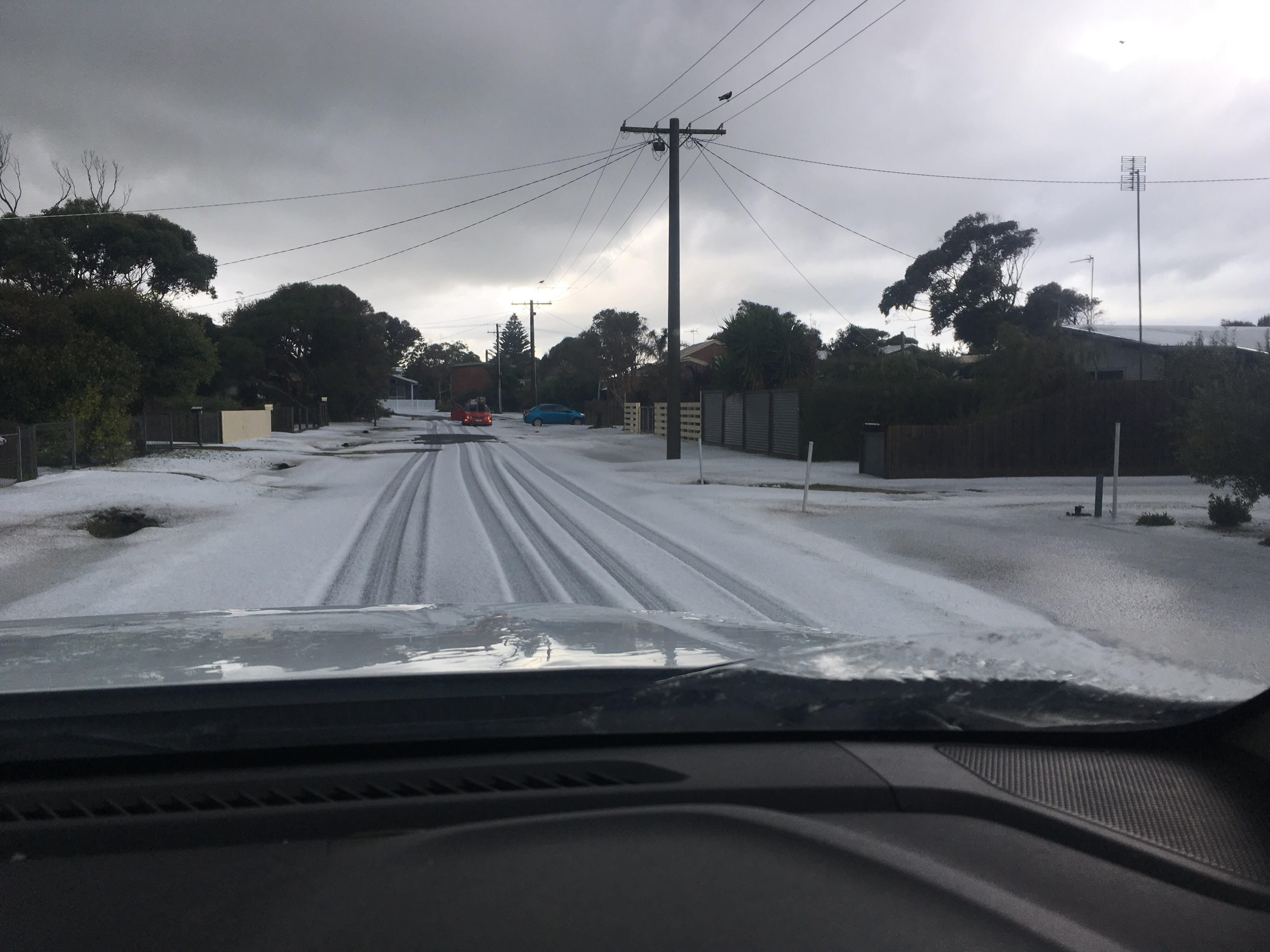 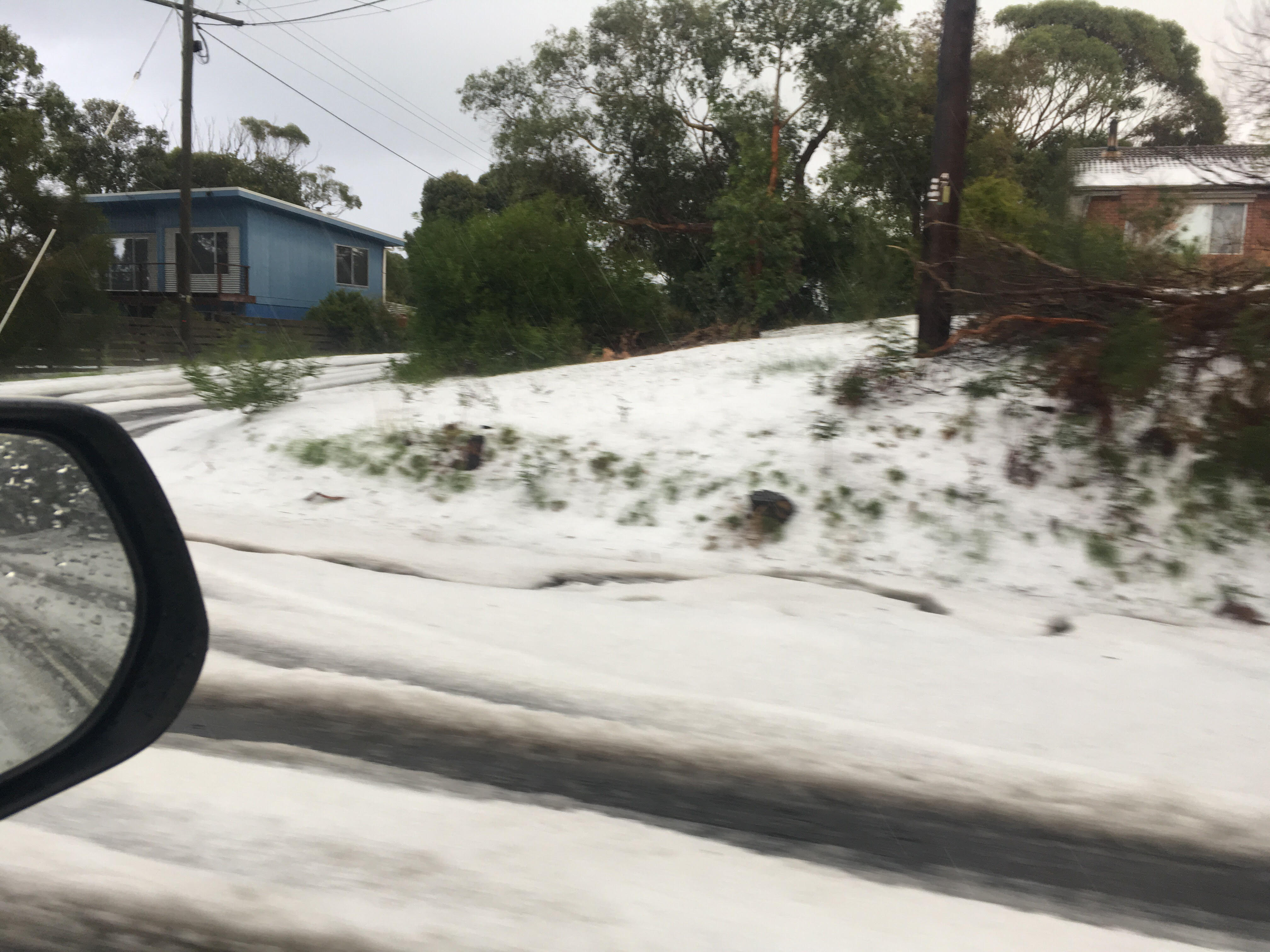 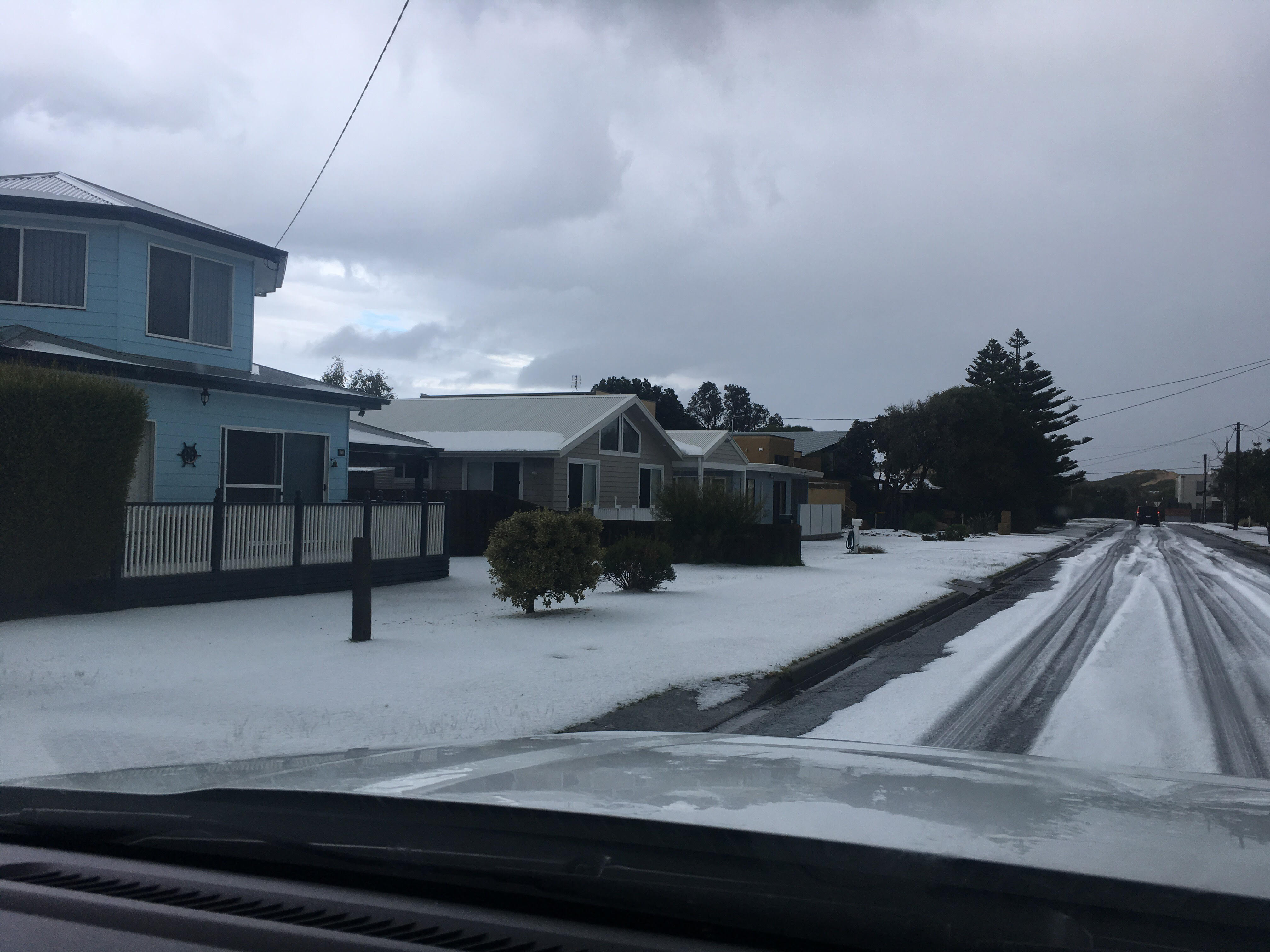 Cape Paterson, near Wonthaggi, is at least 160 kilometres from the state’s Alpine region but looking at the above photos from a 3AW listener, you’d think it was on the top of Mount Baw Baw.

“All of a sudden the whole town’s white,” Ash told Tony Jones.

The wintry blast has also delivered falls of between 30-50mm in the Ballarat region and more than 20mm in Melbourne’s outer-west.

The SES has received more than 100 calls for assistance across the state, including for flood damage to several homes.

This morning’s falls alone meant May already had more rain than March and April combined.