Spider webs have blanketed a Gippsland town which copped a drenching last week.

Millions of ground-dwelling arachnids were displaced by flooding after 270mm of rain fell in Longford.

“There are two types of spiders — one group are the ones that make big webs so the spiders sit up on the webs — they’re quite ok,” he told 3AW Breakfast.

“But there are literally millions of spiders that are on the ground level.

“You normally don’t see them … but when a flooding event comes through they’ve got to get out of there as fast as they can.

“They’re using ballooning silk like grappling hooks. It floats up in the air to the top of the vegetation and they scurry up!”

Press PLAY below to hear Mr Walker explain the phenomenon 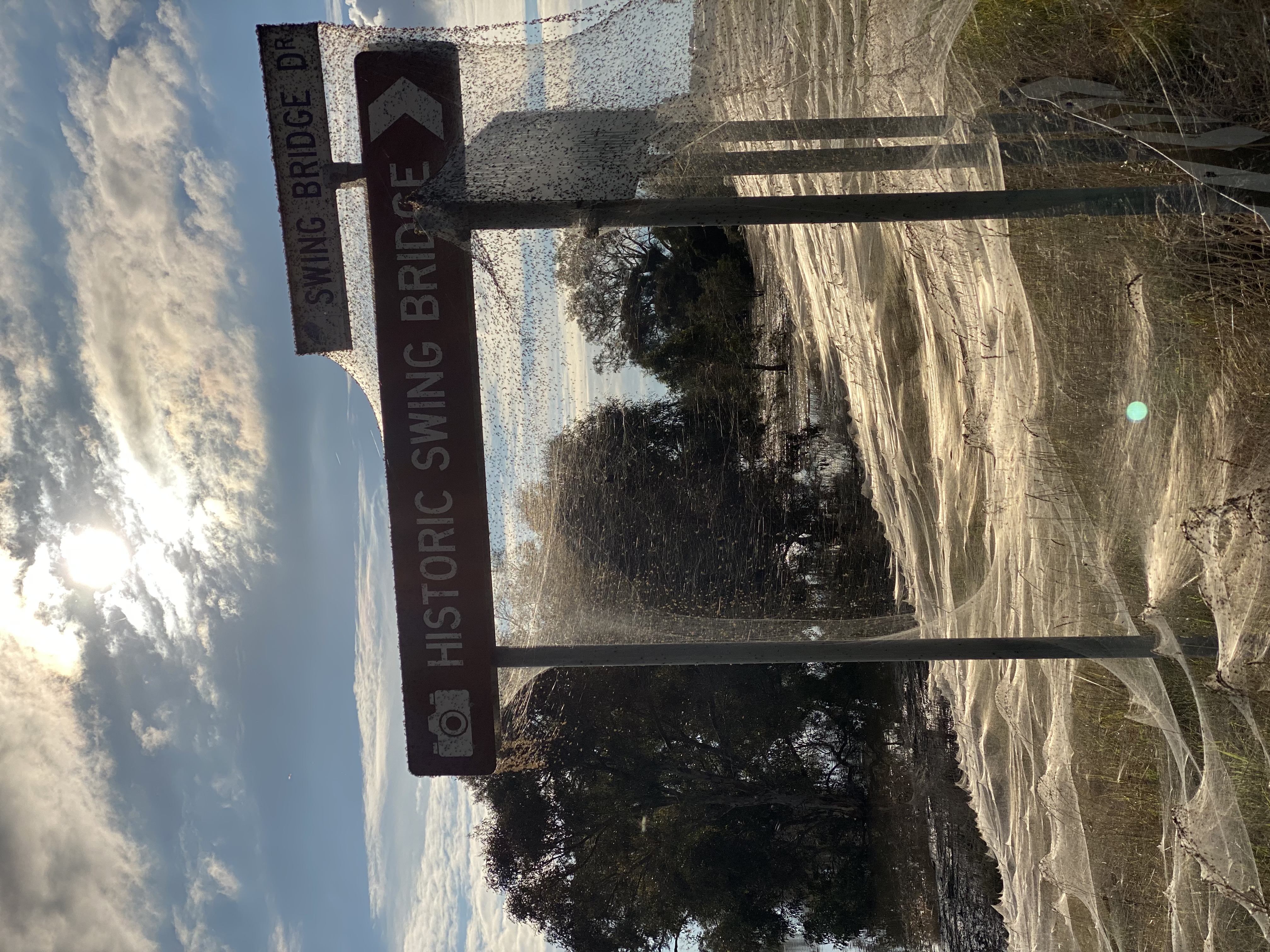 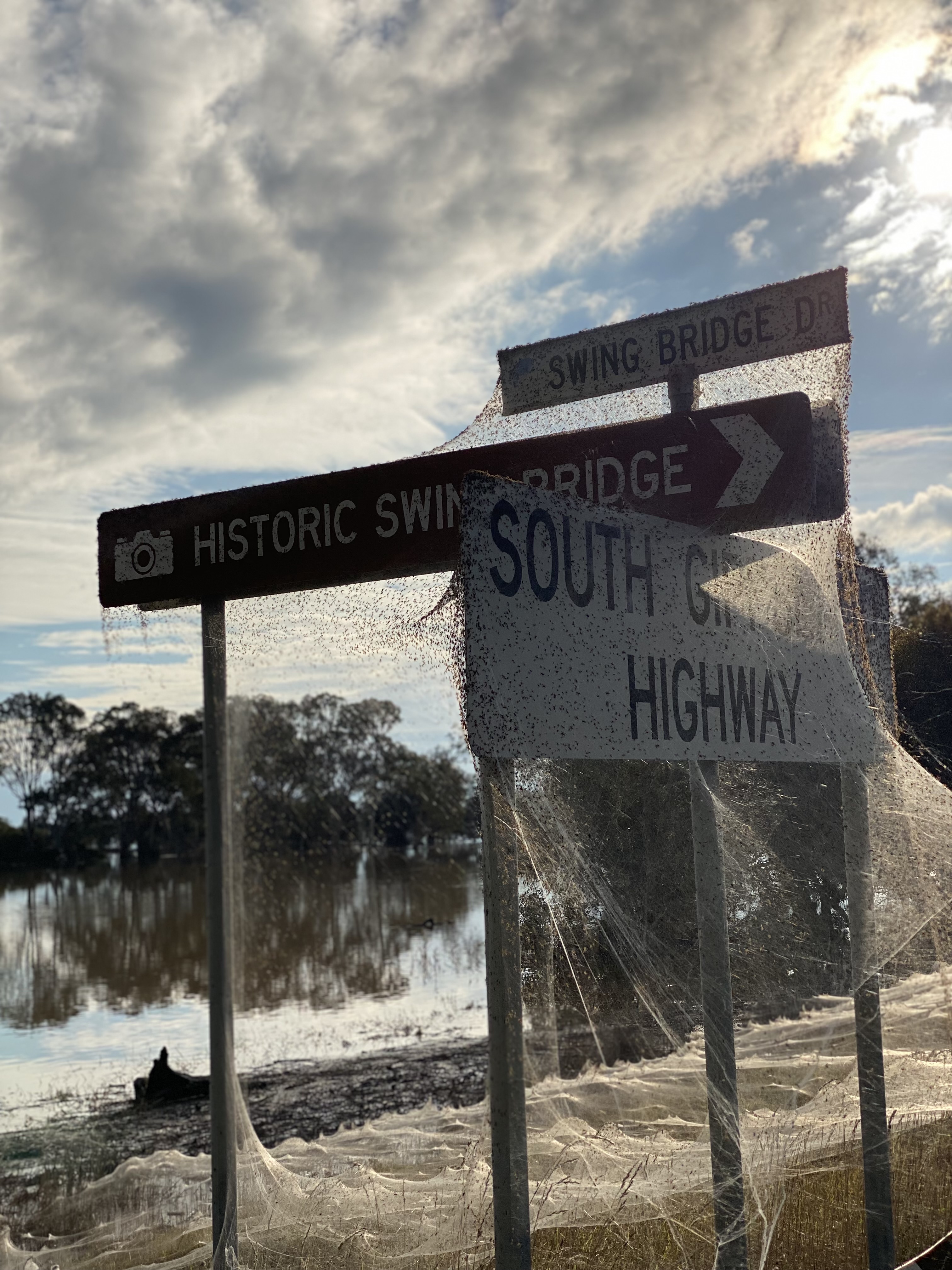 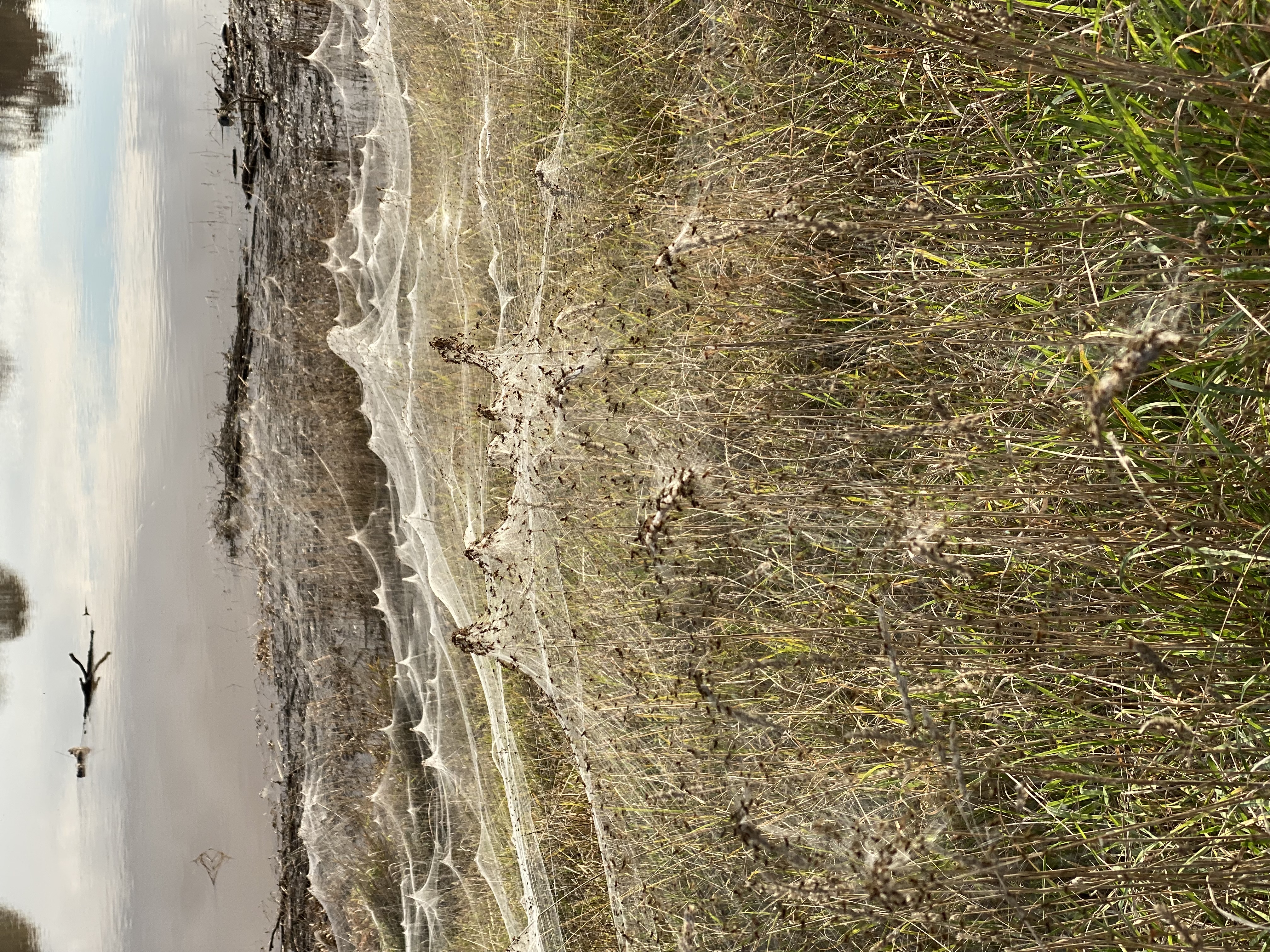