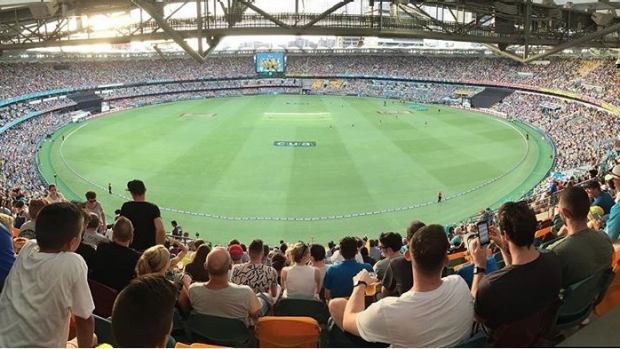 The Brisbane Heat have defeated the Hobart Hurricanes by 7 wickets in front of 34,601 fans at the GABBA.

Needing 174 runs for victory, the Heat came out firing, McCullum (72 off 35) and Lynn (84* off 50) went bigger than big putting on a partnership of 109 runs. Skipper Brendon McCullum relishing the Gabba’s shorter boundary, putting on a batting masterclass which included 10 fours and 4 sixes. At the other end was Chris Lynn who showed why he was named last seasons King of the Six, smashing Tait’s first delivery out of the park, speaking to MRN Cricket McCullum was full of praise, ‘Massive, absolutely massive! It’s one of the biggest shots I’ve ever seen, he should have got 12 for that.’ It’s the Heat’s third consecutive win of the season finding them sitting on top of the table in BBL06.

Click play to hear from Chris Lynn and all the 2nd Innings highlights and analysis.

The Brisbane Heat need 174 runs for victory as they chase their third consecutive win of the BBL06 season.

Click play to hear Mark Steketee with his thoughts after the 1st innings.

Click play to hear all the 1st Innings highlights and analysis from Carl Rackemann.

The Brisbane Heat have won the toss and have elected to bowl.

The KFC Big Bash continues at the GABBA tonight with the Brisbane Heat playing host to the Hobart Hurricanes.

The Heat go into the match undefeated having won their opening two games of the season and are currently sitting on top of the BBL|06 table. They’ll face a Hobart side who’ll be looking to bounce back after losing to the Stars by 7 wickets on Boxing Day.

Brisbane’s big-hitters have been on-show this season, last year’s King of the Six Chris Lynn putting on a batting masterclass in his last outing against the Thunder smashing 85 from 48, salvaging the game for the Heat. Skipper Brendon McCullum will also want to impress tonight after only managing 4 in his last innings.

Tim Paine (91) and George Bailey (74) have both been in blistering form for Hobart, the pair putting on a partnership of 145 when they played the Stars and will hope that form continues when facing Brisbane bowlers Badree, Cutting, Wildermuth and Steketee. There’s sure to be plenty of fireworks when the two teams face-off in front of a sold-out GABBA crowd.

Click play to hear captains Brendon McCullum and Tim Paine with their thoughts ahead of tonight’s clash.

Click play to hear Brisbane Heat’s Chris Lynn with his thoughts ahead of tonight’s clash.