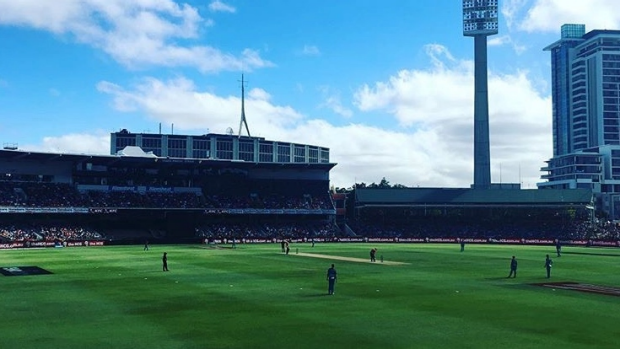 The Brisbane Heat have defeated the Perth Scorchers by 9 wickets in front of a sold-out crowd at the WACA.

The Heat were too hot to handle for the Scorchers tonight. Brendon McCullum and Chris Lynn putting on a batting masterclass, McCullum finishing with 51* off 31 balls and Lynn 98* off 49 which included a staggering eleven 6’s. The Heat now go to the top of the BBL|06 table and look to be the team to beat this season.

Click play to hear from Chris Lynn and all the 2nd innings highlights and analysis from The Furnace.

The Brisbane Heat require 174 runs for victory as they look to secure their fourth win of the season and to sit on top of the league table. The Marsh brothers led the charge for the Scorchers, Shaun finishing with 32 off 32 while brother Mitch starred finishing with 70 off 41. Swepson the pick of the bowlers for Brisbane with figures of 2/27.

Click play to hear all the 1st innings highlights from The Furnace.

The Perth Scorchers have won the toss and elected to bat first.

The KFC Big Bash is back at The Furnance tonight with the Perth Scorchers playing host to the Brisbane Heat. Both sides go into tonight’s match sitting at 3-1 and top spot is up for grabs. The Scorchers go into the match without captain Adam Voges (injury), Michael Klinger taking the reins as captain and it will be the last game David Willey plays before heading off to India for national duties with the English team.

Brisbane’s big-hitters have been on-fire this season. Captain Brendon McCullum and master blaster Chris Lynn setting the tone early for the Heat and they’ll be hoping that form continues tonight. Lynn came off the ground in the Heat’s last match with shoulder issues but has made the flight to Perth and looks set to play. They’ll need to be on when facing in form Scorcher’s Andrew Tye and his ‘phantom ball’, David Willey and speed demon Mitchell Johnson on a wicket that typically plays hard and fast. There’s going to be no shortage of fireworks tonight in front of a sold-out Furnace.

Click play to hear captains Michael Klinger and Brendon McCullum with their thoughts ahead of tonight’s clash.