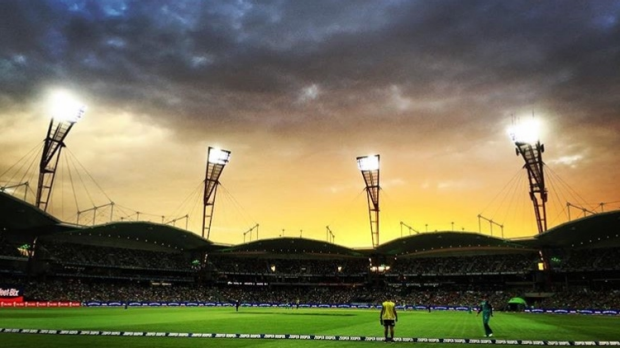 The Brisbane Heat have defeated the Sydney Thunder by 3 wickets in front of 20,234 fans at Spotless Stadium.

Needing 158 runs for victory, Brisbane’s Chris Lynn was the star of the show smacking 85 from 48 balls steering Brisbane to their second consecutive win of the season. The Thunder had their chances but poor catching let Brisbane back in the game, dropping five in the last five overs including a regulation catch from captain Shane Watson. Last years reigning champions the Thunder are still to register a win this season having lost their first three matches.

Click play to hear Brendon McCullum and all the 2nd Innings highlights.

The Brisbane Heat need 158 runs for victory as they chase their second win of the BBL06 season. English T20 specialist Eoin Morgan gave the Thunder scorecard some respectability smashing 52 off 43 whilst captain Shane Watson will be disappointed in his return game being bowled by Steketee for a duck. Chris Green smashed three consecutive sixes off the final three balls of the innings adding some much needed runs to the Thunder tally, 27 coming off the final over. Samuel Badree the pick of the bowlers for the Heat taking 2/20.

Click play to hear all the 1st innings highlights and analysis.

The Brisbane Heat have won the toss and will bowl first.

The KFC Big Bash continues at Spotless Stadium tonight with the Sydney Thunder playing host to the Brisbane Heat in front of a near sell out crowd.

The Thunder are yet to register a win this season and will want to get back to their winning ways. Captain Shane Watson returns to the squad, his experience and ability with the bat and ball sure to bolster the Thunder’s spirit. Andre Russell’s black bat will also make a comeback after Cricket Australia granted re-approval during the week, Head of the Big Bash Anthony Everard saying ‘We’re now satisfied that the bat will not compromise the integrity of the game by discolouring the match ball and we have granted approval for Andre to use the bat in any future BBL matches.’

Brisbane’s big hitters will be on show, namely Brendon McCullum and Chris Lynn and they’ll want to continue their undefeated run after an impressive outing in their first match, defeating the Adelaide Strikers by 10 runs and posting a total over 200. No team has registered two wins in BBL06 yet so a win to the Heat could see them sitting top of the table after tonight’s clash.

Click play to hear captains Shane Watson and Brendon McCullum with their thoughts ahead of tonight’s clash.

Click play to hear from Sydney Thunder’s Jake Doran ahead of tonight’s match.

Click play to hear from Brisbane Heat’s Mitch Swepson ahead of tonight’s match.