Bob Hart: Which barbecue is right for you? 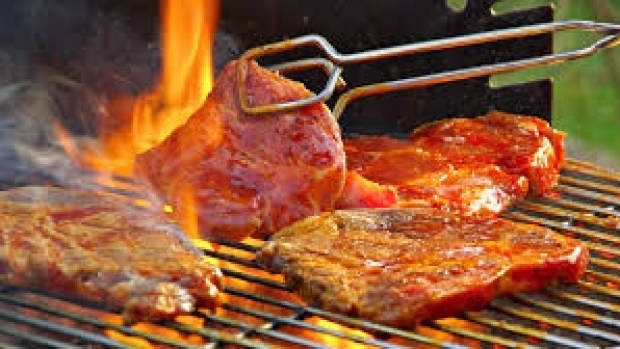 It may not look like it today, but we are now in the prime barbecue months. For that reason, barbecue sales are booming as Australians choose to involve themselves in the world’s hottest food trend ? literally!

Barbecues are being bought in Victoria in astonishing numbers. But are we getting it right? Can we believe the things the salesmen tell us? And if not, how do we know what’s what?

Here are a few points worth considering:

The first is to check out the origin of the barbecues you are being offered in some of the large barbecue chains or, even more dangerously, the large hardware chains. Yes, you know the ones?

These places are inclined to offer what appear to be large and powerful barbecues are unfeasibly low prices. Should we jump at these?

In a word, NO! Always check out the origin of the barbecue and if, as it will be in most cases, it is Chinese made ? even if, as in one notably case, it has a name that suggests it is Austrian ? be on your guard. And as a general rule, be aware that with barbecues, as with most things, you will get what you pay for. And it just may be a moderately dangerous device that will cook poorly and in time be reduced to a pile of rust. Which is not ideal.

This is not a universal problem, however: the Weber-Qs sold in Australia these days are made in China, but under Weber supervision. The quality is superb.

Of the other Chinese offerings, the only ones I consider worth owning are a couple of the Kamado barbecues ? those egg-like earthenware devices which are usually very versatile and quite excellent. The word ‘kamado’ ? from the original Japanese cooking devices of that name ? usually appears, but not always, in the name of the device. Two of the best, for example, are one called a Saffire Grill (Chinese) and ? the prince of them all ? the American-made Primo Grill which may cost a touch more, but which you will find to be a remarkable cooking device.

Most people, however, look long and hard at large, gas console barbecues which are sold under proprietary brand names which give no hint of their origins. Be very wary of these and, if a salesman attempts to convince you that burners in a barbecue are rather like the cylinders of a car in denoting the power involved, run for your life. It’s not the case. Easily the best and most powerful console barbecue I have ever used has just three burners, and is not even the most expensive in the range. It is a Weber, not surprisingly, called a Genesis. Be sure to check it out.

Also outstanding, as most Victorians seem to know, are those Webers in the Q range ? especially those with high lids and thermometers in those lids. Look for the Q-1200, the Q-2200 and the family Q ? a viable alternative to the Genesis ? or Q-3200. All are outstanding if that’s what you want.

Serious barbecuers, however, are increasingly opting for charcoal-powered devices ? notably the Kamados or even the traditional Weber Kettles, which are brilliant. For smoking, a Weber Smokey Mountain is a winner, and reasonably priced. But many people also enjoy the larger and more serious smokers ? the mighty stick burners or off-set barrel smokers. And then there are the pellet smokers which some people adore, and which are pretty foolproof, but which are not my cup of tea at all. Sorry.

And finally, a new kid on the block which may prove to be the best of them all: it is called a Pit Barrel Cooker and is a traditional American barbecue which looks absurdly simple ? and is certainly simple to use ? but which delivers astonishing and mystifying results. This is my pick of all the new barbecues, in fact. And as it is about to hit Melbourne barbecue shops at around the $600 mark, it offers remarkable value for what it can do ? roast, smoke, grill, and turn you into a hero in your own backyard.

It comes from Kentucky and therefore aligns pretty well with a bottle of fine Kentucky bourbon, in fact. But that’s another story?