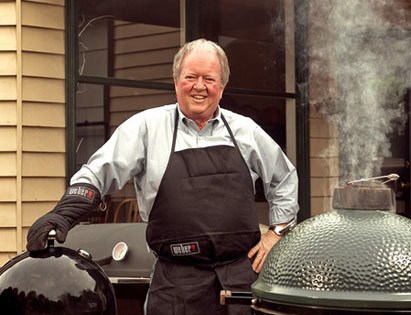 IT would be hard to imagine more succulent and seductive pieces of beef than those found attached to mighty, generously butchered short ribs, which most butchers worth their salt will source for you these days.

These mighty brutes need time in the cooker – as much as 6-7 hours if you have worked out how to moderate that heat – to achieve the magnificence they are capable of delivering.

And in terms of the old “less is more” dictum, consider this: the only seasoning I believe you should apply here is, immediately after your fastidious trimming of such things as surplus fat and any silver skin, Worcestershire sauce.

And yes, I know! It was invented by a Pom who was having a spot of good fortune when, purely by chance, he left his anchovy-based sauce for far longer in maturation mode that he had intended: magic happened.

But as luck would have it, while taste-deprived Poms use Worcestershire sauce to breathe a little character into their bloody marys, meat pies and/or brekkie snags, Texan pitmasters have (correctly) identified this murky elixir as something that will convert their low-and-slow short ribs of beef into something very special indeed.

The way they go about it, however, demonstrates a very distinct level of quirkiness. Because while key performers from other barbecue regions apply a range of enhancements of varying degrees of complexity, Texan pit-masters insist upon keeping it simple but quirky. And frankly, they’re right on the money.

But why not prove it to yourself as follows: tidy up at least a three-bone rack of beef short ribs from a sturdy beast which should round out as something well over 2kg.

Leave them in the rack or separate them into handsome, single ribs – my preference. Then salt them generously with sea salt – at least 12 and up to 24 hours before cooking time – and chill them.

Now, return them to room temp, drizzle Worcestershire sauce over the ribs and work it evenly into the meat. Finish the job with some freshly ground black pepper, which you can also work into the meat, and you are ready to go.

The choice of barbecue is entirely up to you. Something like a Weber Kettle, cooking low and slow,  of a WSM smoker, will do the job. Or, my preference is to drill the ends of each rib and hang them in a Pit Barrel Cooker, widely available these days and superb, fired up with coconut briquettes and delivering a rich smoke from pecan chunks.  Or as a last resort, get that gas grill of yours just ticking over and find an indirect spot for the ribs if you can. Remember, it works just like an oven.

I run my Pit Barrel Cooker (PBC) at around 135C, and smoke the ribs until their internal temps are reading something over 75-80C. At which point I will remove them from the pit, moisten them with a splash of two of good beef stock, wrap them in butcher paper and return them to the pit until that internal temp has risen to around the 95C mark.  And that’s exactly how you will do the deed, which ever barbecue you are cooking the ribs in. And that’s it.

I will then remove them to an empty and unchilled Esky, or similar, where they can collect their thoughts for an hour or so – getting better and better by the minute…