The fires across the Bunyip State Park and Licola were so ferocious they created their own weather systems, according to the Bureau of Meteorology.

As reported in The Age, the Licola bushfire burnt with such intensity it generated a huge thundercloud that blasted more than 1200 lightning strikes at nearby forests.

“We do see pyrocumulus clouds with rather large and intense fires and this case the Bunyip state park fire, but more spectacularly the Licola fire produced very large and explosive pyrocumulonimbus clouds (clouds capable of producing lightning and other dangerous severe weather that form above a source of heat),” Dean said.

“They can change the fire direction and the intensity, essentially creating their own weather system, they can also produce spot fires, for example on Black Saturday we saw spot fires occur 30km from the parent fire and they can produce lightning as well which can start new fires.” 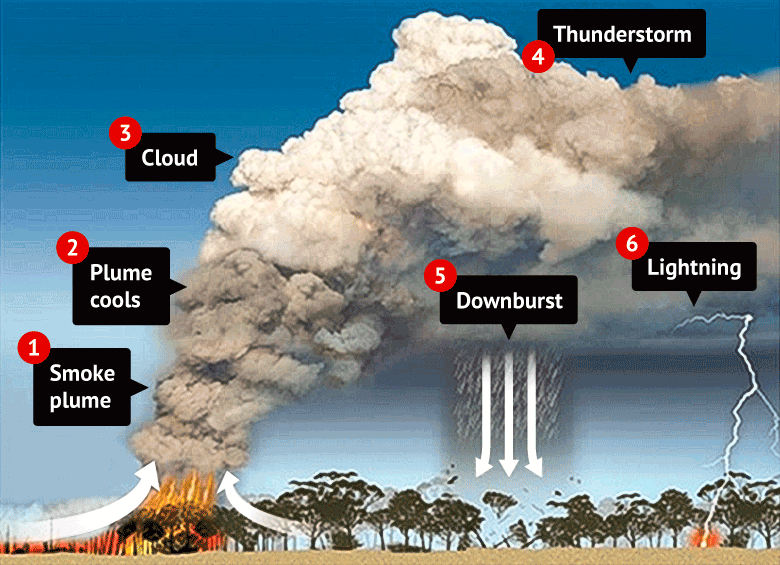