Neil Mitchell was sent a photo of a poster found across the public transport system.

The group responsible for the campaign wants to “make public transport more accessible to everyone, be it alerting people about the location of met cops, sharing strategies for avoiding fines, or fighting for free, publicly owned public transport”.

It encourages commuters to place their Myki against the window as they arrive at a stop if they’ve spotted a ticket inspector on the train or tram.

But Daniel Bowen from the Public Transport Users Association questioned why those who’ve paid for their trip would help those who weren’t planning on it.

“If you have a Myki and you’re riding a tram or train, do you really want to be warning fare evaders and thus ensure you’re subsidising their free ride?” Mr Bowen said.

“I’m not convinced it would work.” 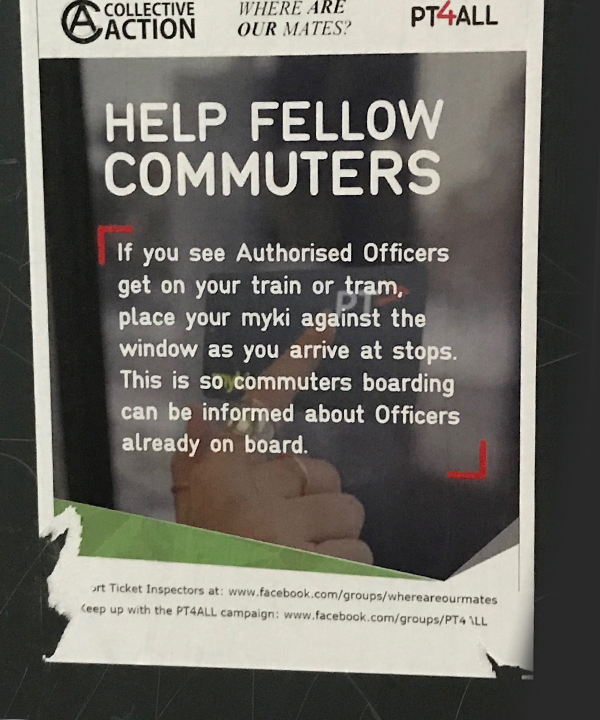