A dispute, possibly over a dog, has led to the fatal bashing of a man in Gippsland.

The Springvale man, 49, had been camping with his dog at Toorongo Falls in Noojee, east of Melbourne, at the weekend when he was involved in an altercation with other campers, possibly relating to his dog.

The assault, which happened between Friday night and early Saturday morning, was witnessed by several people.

By Saturday night, the man’s injuries were so bad a Langwarrin man drove him to a nearby Noojee hotel.

Hotel staff were so concerned for the man’s welfare that they tried to call an ambulance, but the man refused help and returned to the bush.

The pair returned on Sunday night and this time an ambulance was called.

But it was too late.

The man died as a result of his injuries en route to the hospital.

Homicide squad detectives have today released images of thee victim, as well as his campsite (above) and car (below). 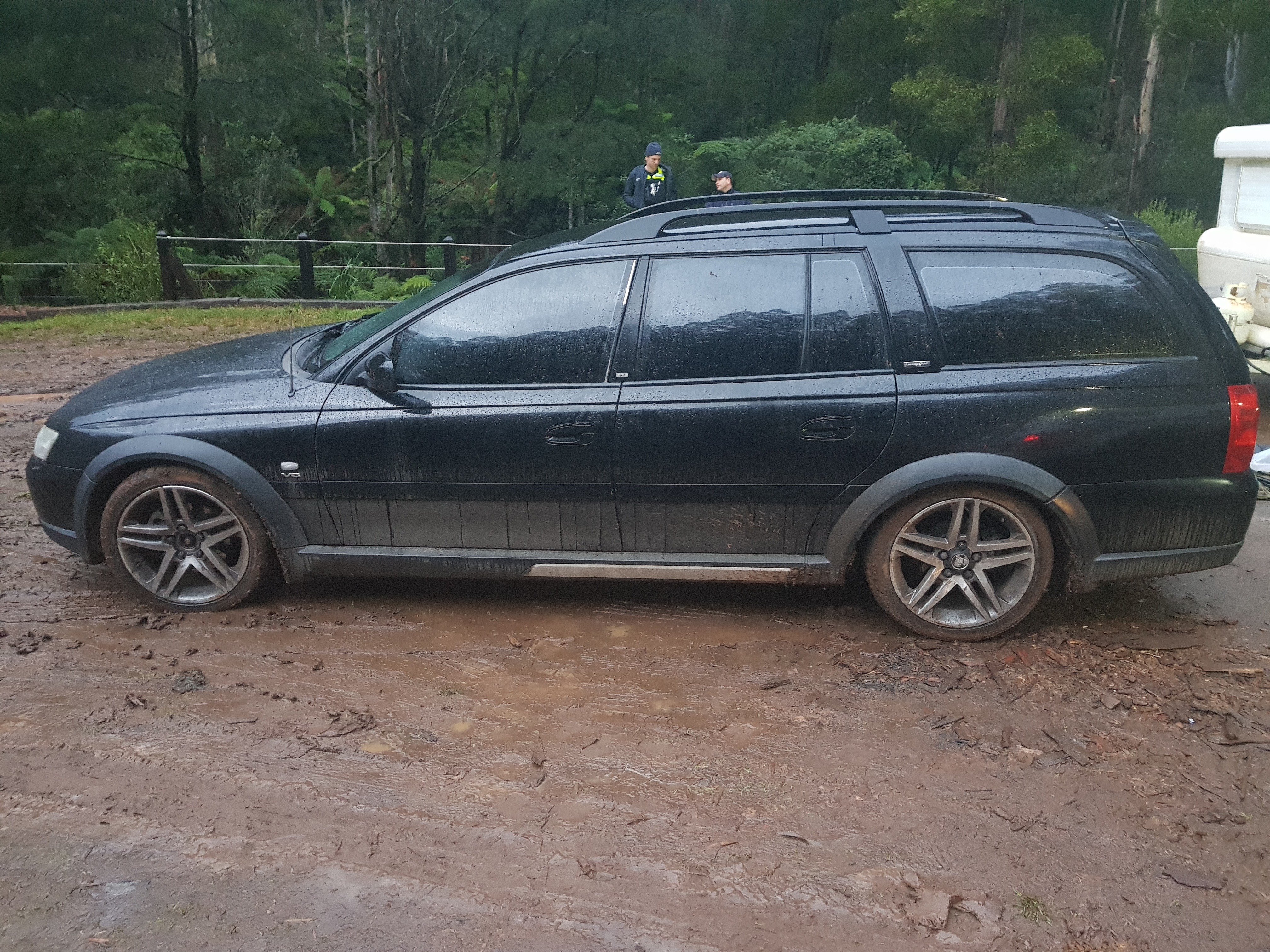 Detective Inspector Tim Day said the assault appeared to be unprovoked and police have information that it was witnessed by a number of people.

“We know that people witnessed the incident and those people will be able to assist us in identifying those responsible for the assault,” Detective Inspector Day said.