Can you help? Toorak’s ageless ‘Peter Pan’, 95, missing since Saturday

A search spanning two states in underway for a 95-year-old Toorak man who went missing on Saturday.

Ronald McMaster, lovingly described by his family as Peter Pan because he seems ageless, was on his way to Bermagui in New South Wales for a car club event.

He was last seen at a service station on the Princes Highway at Nar Nar Goon on Saturday about 9am. He was re-fueling his cream/grey 1965 Vanden Plas (registration plates 987-84H). 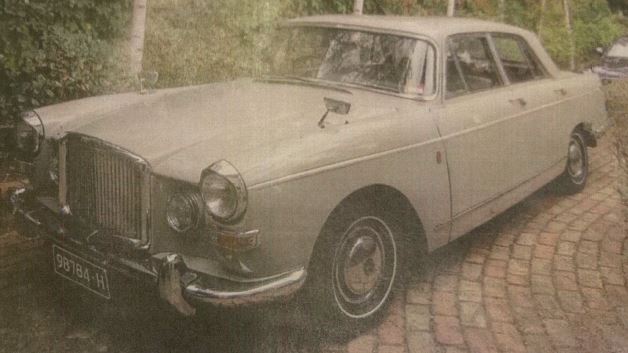 It is believed Ronald may have been sighted driving through Rosedale about midday on Saturday.

Police and family members hold concerns for Ronald’s welfare due to his advanced age.

Photos of Ronald and his car have been released in the hope someone recognises him and can provide information on his whereabouts.

Ronald is described as Caucasian in appearance, about 180cm tall with a thin build and grey hair.

He was last seen wearing a red jumper over a blue shirt and grey trousers.

Anyone who sees Ronald or has information on his whereabouts is urged to contact Prahran Police Station on 9520 5200.