A car has been stolen from a house in Melbourne’s south-east in the early hours of this morning, after it was reversed out through a closed garage door.

3AW listener Paul sent the below photos to Neil Mitchell, saying he saw the crime scene in Patterson Lakes on his way to work this morning.

“Their garage door was half off,” he said.

“The owner said just after 6am, the car was driven out of their garage, reversed out through the door and sped off.

“The police were on the scene doing there finger printing.

“This is the second incident in this area in the past six months and it’s terrible.”

Police confirmed they have been told two offenders have entered the Ocean Reef Drive home just before 6.25am.

The victim confronted them before the pair stole the victim’s car, a gold Subaru Forrester.

Kingston Crime Investigation Unit detectives are investigating and are keen to speak to any witnesses that may have footage in the area.

Anyone with information is urged to contact Crime Stoppers on 1800 333 000 or submit a confidential crime report at www.crimestopersvic.com.au 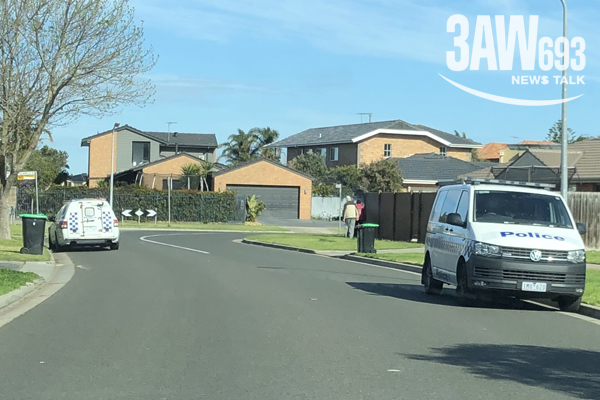 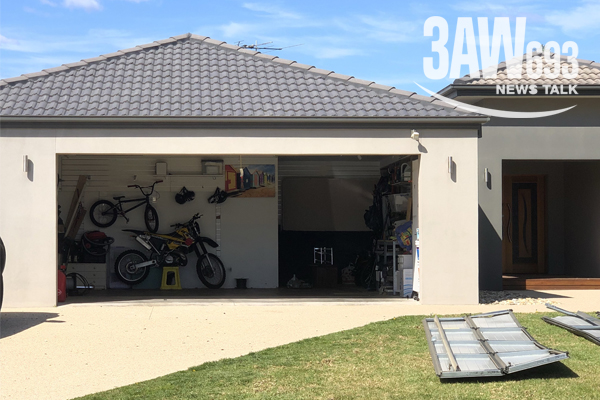 Meanwhile Bayside detectives are investigating an aggravated burglary in Brighton on Saturday.

Police say two people were asleep in bed when three unknown offenders forced entry to a house on Stewart Street just after 3am.

The male offenders were then disturbed by the resident and ran from the house empty-handed.

They fled in a waiting car.

Police are keen to speak to any witnesses or anyone with information to call Crime Stoppers on 1800 333 000.