The unexpected death of Magistrate Stephen Myall will see many delays in Victoria’s courts, including the case against Cardinal George Pell. 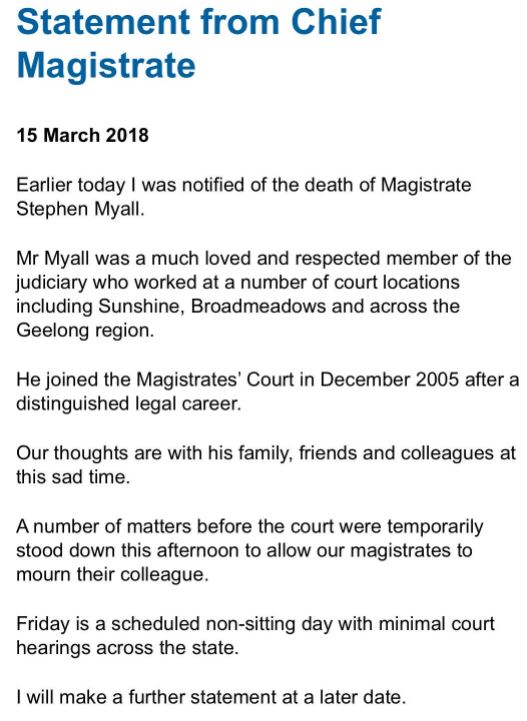 Mr Myall’s death will see a number of matters before the court temporarily stood down to allow magistrates to mourn their colleague.