Police say a man approached three other men inside a Brunswick Street venue when a verbal dispute and scuffle took place about 12.40am on Sunday 10 February.

The fight continued outside the venue, resulting in two male victims’, both aged 22 from Greensborough and Ivanhoe, being struck to their heads with beer bottles.

The pair received cuts to their heads and another victim, a 23-year-old from Altona Meadows, was hit in the face by an unknown offender as he left.

He fell to the ground and suffered a cut to the lip.

Two of the injured men received first aid at the venue.

Police have released images of five men who they believe may be able to assist with their investigation. 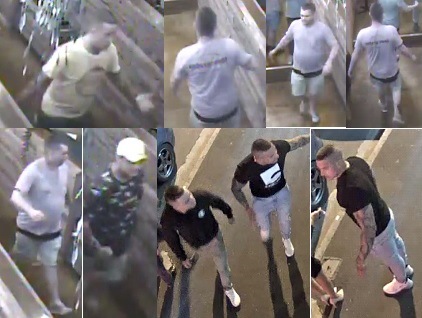 Anyone who may have witnessed the incident or with any information is urged to contact Crime Stoppers on 1800 333 000 or submit a confidential crime report online at www.crimestoppersvic.com.au