Channel 10’s injunction over Bachelorette was a waste of money 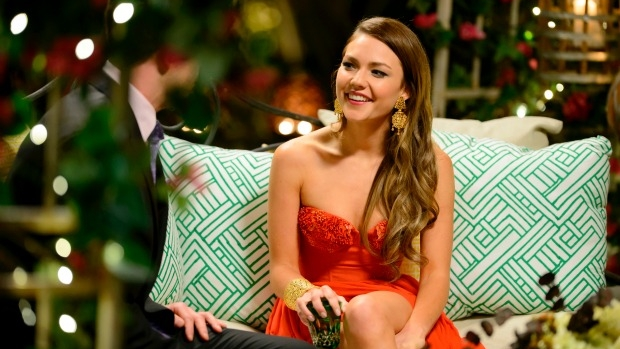 Channel Ten should have saved itself the trouble of scrambling lawyers to slap an injunction on the The Daily Mail Australia for publishing ‘spoiler’ pictures of The Bachelorette Sam Frost and the man she chose, Sasha Mielczarek.

There was supposed outrage yesterday at shots of the couple canoodling behind filmy hotel room curtains.  People were furious, apparently, that the ending had been ruined, despite the fact that it was obvious Sam was going to choose Sasha from early in the series when she melted to a puddle, fumbling for words and blushing like a schoolgirl in his presence.

So really, was anyone genuinely surprised to see it revealed yesterday afternoon that they were in fact together? Apparently not.  A whopping 1.52 million viewers tuned in last night to see Sam choose Sash, more than the 1.48 million who watched Sam Wood choose Snezana Markoski in the recent final of The Bachelor.

We knew in our hearts how the fairytale was going to end but we tuned in anyway.

There’s an old ditty my mother once told me: ‘Don’t make love by the garden gate. Love is blind but the neighbours ain’t’. It’s not as poetic to say ‘Don’t make out by a hotel window where a paparazzi can pick you up with their long lens,’ but the gist is the same.  If it’s so important to keep the couple’s union from prying eyes then stay away from windows in heavily populated areas.

Last night Network Ten filed its injunction in the Supreme Court of New South Wales seeking removal of the images by The Daily Mail, and it is seeking relief over the publication of the images and article, as well as filing fees.  It’s hard to see how they will show that the ratings – and therefore value to advertisers and sponsors – were damaged by the photos.

Surely the courts have more important things to do than sort out TV show spoilers.

Good news for fans of the show too, that Ten has confirmed a second series of the Bachelorette to air in 2016.

Dee Dee co-hosts The Weekend Break with Grubby from midday-6pm every weekend.