As many as nine greens at the prestigious Royal Melbourne golf course could need to be ripped out and replaced due to a chemical mix-up.

Andrew alerted 3AW Drive to the news on Monday.

“Royal Melbourne is a national treasure,” he said.

“The course it happened on is No.5 in the whole world.”

The club has confirmed it has sent soil for testing. 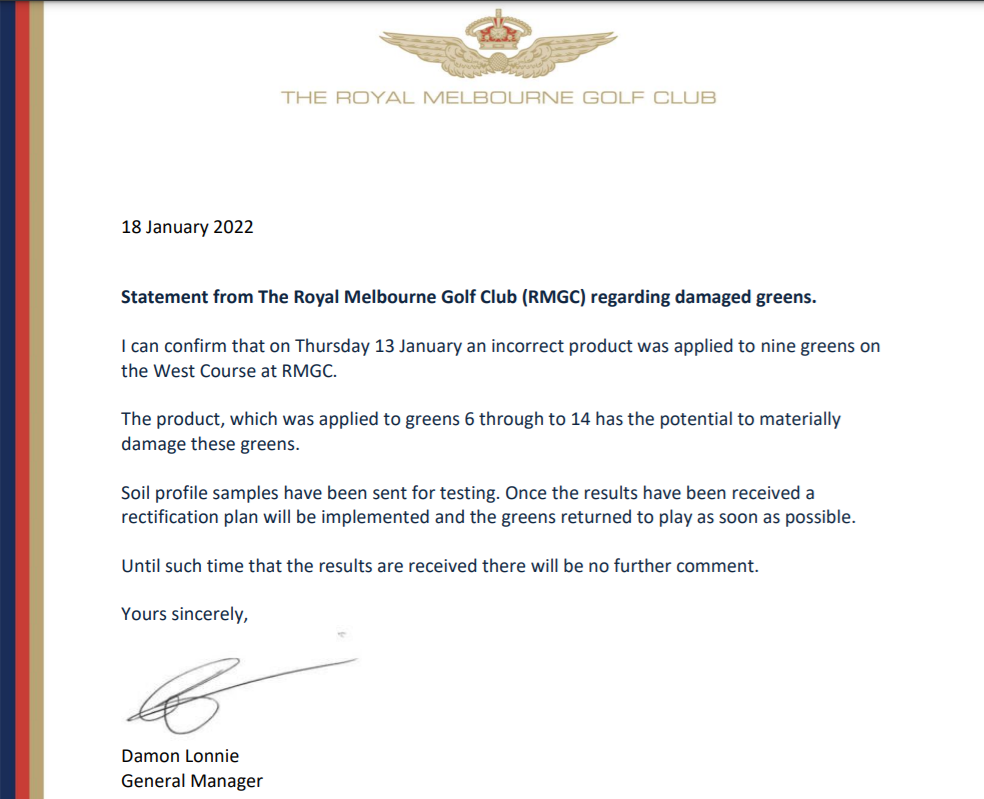 “It looks like they’ll have to peel off all the grass and hopefully they’ll just be able to lay the Sutton’s mix on the green,” he said.

Press PLAY below to hear more about it