A truck carrying dozens of crates of live chickens has rolled outside Geelong, with most of the animals dying in the incident.

It’s believed the animals were being delivered to a Steggles Chicken facility.

The truck driver, a 58-year-old Drysdale man, has been taken to Geelong University Public Hospital with an arm injury.

Police expect it will take several hours to clear the scene. 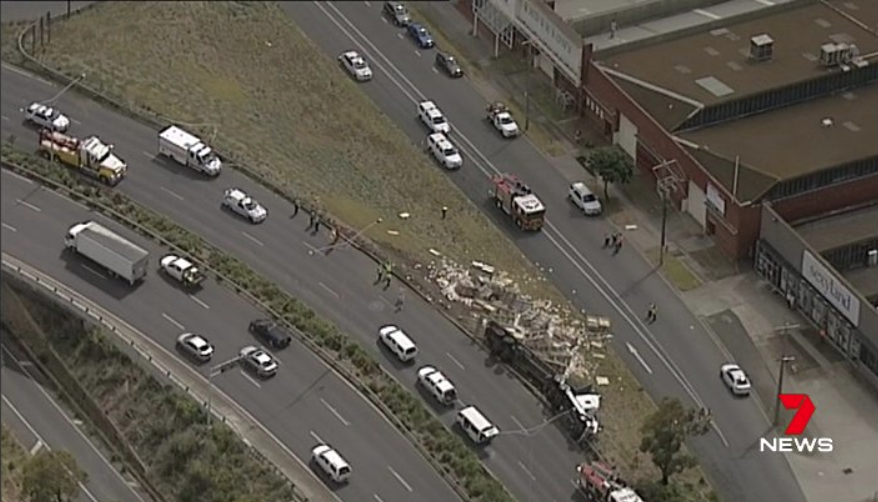 Those poor chickens. Many haven’t survived a truck roll-over at Geelong. But thankfully there’s a few wandering about only a bit ruffled. Details tonight @tennewsmelb pic.twitter.com/9G3algRra6