You’ve got to pick your battles, and it looks like this guy’s chosen the wrong fight.

It appears a soldier has carried out the citizen’s arrest at Sanctuary Lakes near Point Cook.

Paul, a caller to Neil Mitchell’s program, has sent through images of the arrest, which he said appeared to be sparked by a road rage incident.

Anyone who witnessed the incident is urged to contact Crime Stoppers. 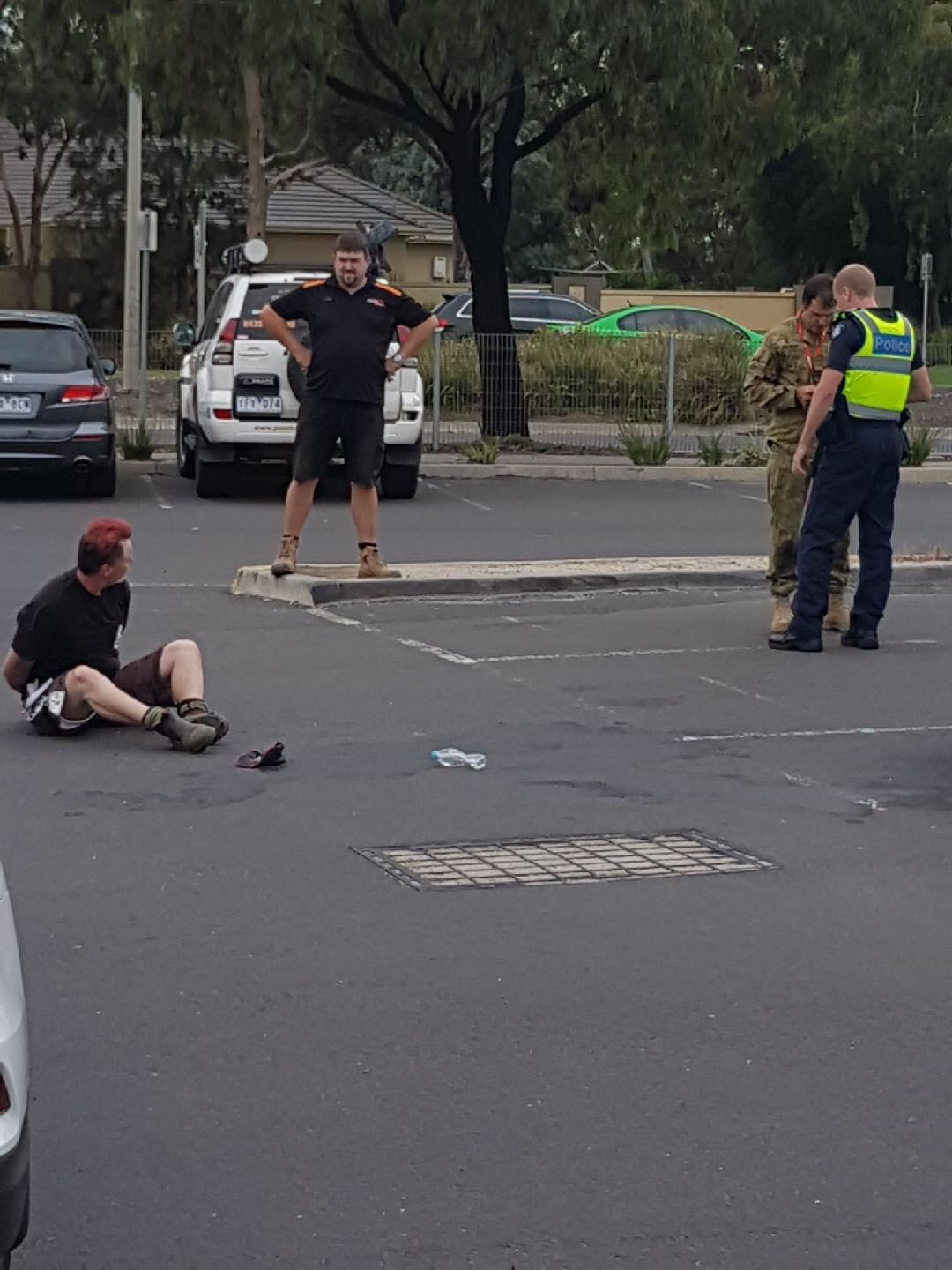