Almost 2000 police will be taken off usual duties and redeployed on the police operation to combat a week of disruptive Extinction Rebellion protests.

Climate activists this morning kicked off a the week of rolling protests by taking to the steps of State Parliament dressed entirely in red.

Some were lying down on the road on the corner of Spring and Bourke streets, forcing route 86 and 96 trams to be diverted.

Assistant Commissioner Luke Cornelius has warned they’ll make arrests if they need to.

“We’ll issue a direction for them to cease their obstruction and if they don’t comply we’ll move in and arrest people,” he told Neil Mitchell.

“If people don’t comply with our directions to stop obstructing pedestrian and public transport and road we will move in and effect arrests of people who continue their obstruction.”

Assistant Commissioner Cornelius says the week will have “a huge impact on community safety”, with 2000 police involved in ensuring public safety during the protests this week.

“That’s 2000 members who would otherwise be out in police stations keeping the community safe,” he said.

Protesters are planning to camp out in Carlton Gardens.

While they can set up tents during the day, they must be packed up every night.

“If they’re not packed up early hours of the morning the City of Melbourne have told me they’re putting the sprinklers on, so people will find themselves getting very wet if they choose to camp overnight,” Assistant Commissioner Cornelius said. 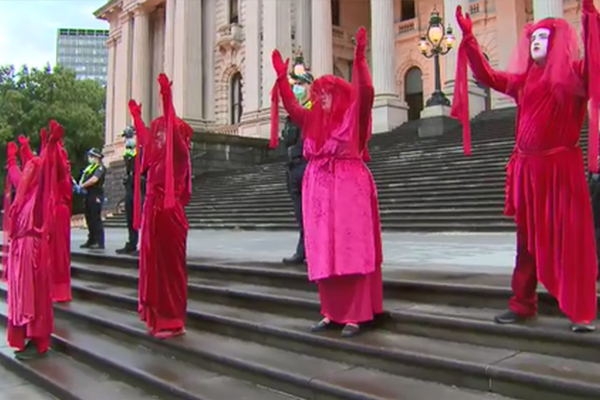