A Collingwood fan says he was threatened with expulsion from the MCG for barracking too loudly.

Simon Grech told 3AW’s Tom Elliott the incident happened while he was seated in the Collingwood AFL members section at the Queen’s Birthday Collingwood clash against Melbourne.

“We were in the second quarter and Jordan De Goey kicked a free goal from the goal square. Being the passionate supporter that I am, me and my friends all jumped up and down and high-fived each other,” he said.

“By the time I sat down there were six police officers that came and surrounded me and my group.”

Mr Grech said police told him that Demons fans had complained using the phone number advertised at the ground.

Mr Grech said two ladies who were seated nearby jumped to his defence, assuring police he hadn’t been swearing.

The dedicated Pies fan, who even has a tattoo of the club logo, told Tom Elliott he’s cheered enthusiastically for over 25 years.

“I barrack the same every week,” he said.

“I’ve never had an issue with it.

“I’m not at a cupcake competition, I’m not doing no fairy clap. That’s what I said to the cop, ‘I’m not at the ballet, mate.” 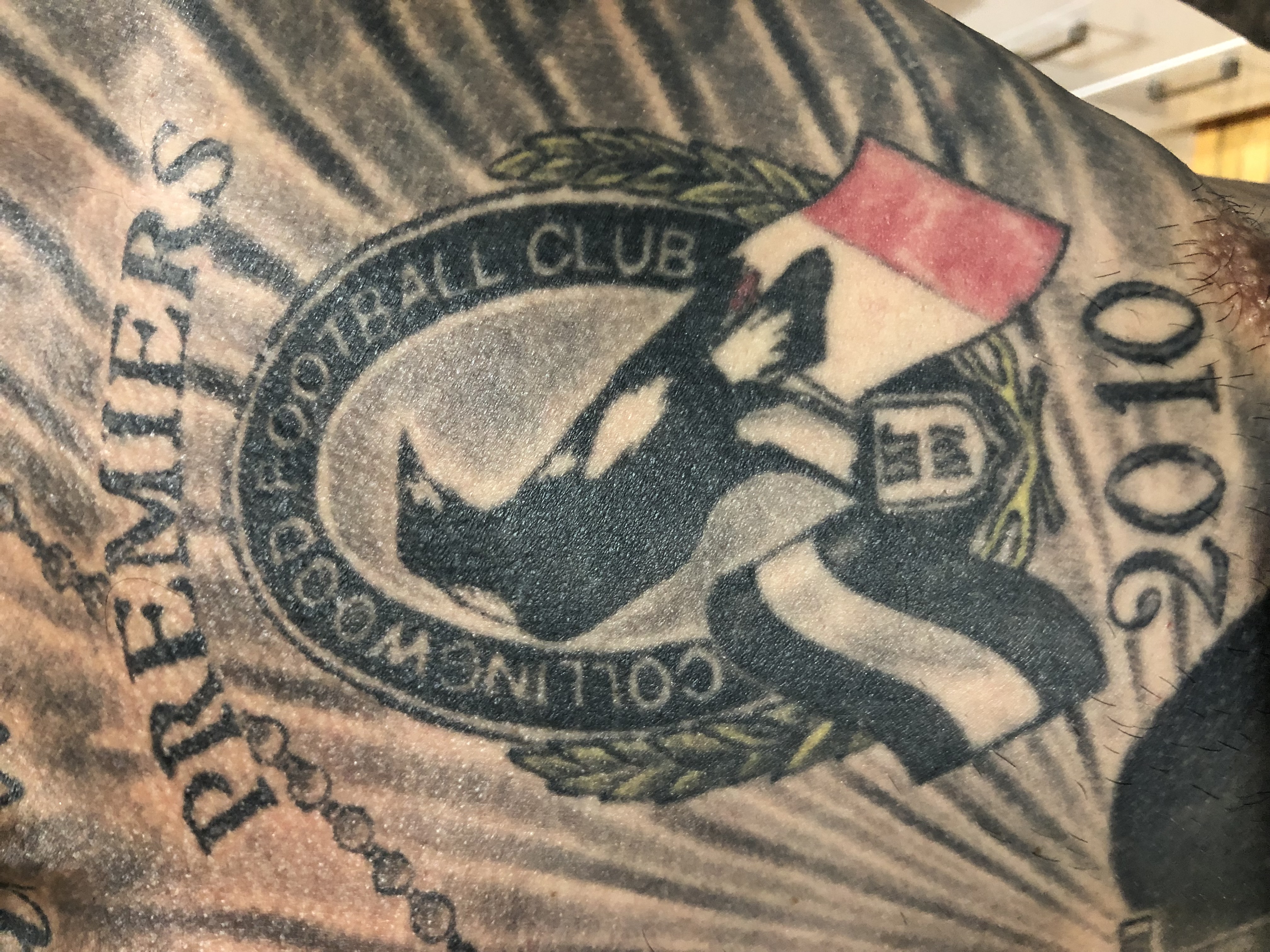