Community rallies behind couple to ensure dream wedding goes ahead, despite fire threat

Stephanie and Chris Forde’s dream wedding was set to be held at Stephanie’s mum’s property in Tambo Upper on Saturday.

The couple travelled all the way from the United Kingdom for their special day, but as bushfires ravaged East Gippsland, their carefully made plans unravelled.

An evacuation order including the wedding location was put in place, the flower farm supplying the bouquets burnt down, and the caterers were forced to cancel their work and stay behind to defend their property.

But the community rallied behind the couple, ensuring their wedding day could go ahead.

A couple came forward and offered their Paynesville property as the new wedding destination, and helped with the catering for the 24 people in attendance.

“It was just beautiful. It was just so surreal, and I think it was just the moment of joy that everyone around us needed at that time,” Newlywed Mrs Forde told 3AW’s Darren James.

After two frantic days, and a lot of help from the community, the new wedding location was ready for the pair to say their vows.

The Bairnsdale Rotary Club helped out by transporting the wedding set up to the new location.

Luckily, the flowers for the wedding had been picked before fire ravaged the flower farm.

“We got the last lot of flowers that ever came off that farm, as it is,” Mrs Forde said.

“We’ve just had all these little moments of panic and stress and then the community rallied around us and found a solution at every turn.

“It’s between just the most strange and emotional and overwhelming week of my life.

“It’s just been a community gargantuan effort for our little wedding of 24 people.”

“They had to put their phones away and turn them off because they actually thought out wedding day would also be the day they lost their houses,” Ms Forde said.

After the pair wed, they received some good news — Stephanie’s mum’s property had been spared.

“It has survived, we’re really thankful for that,” Stephanie said. 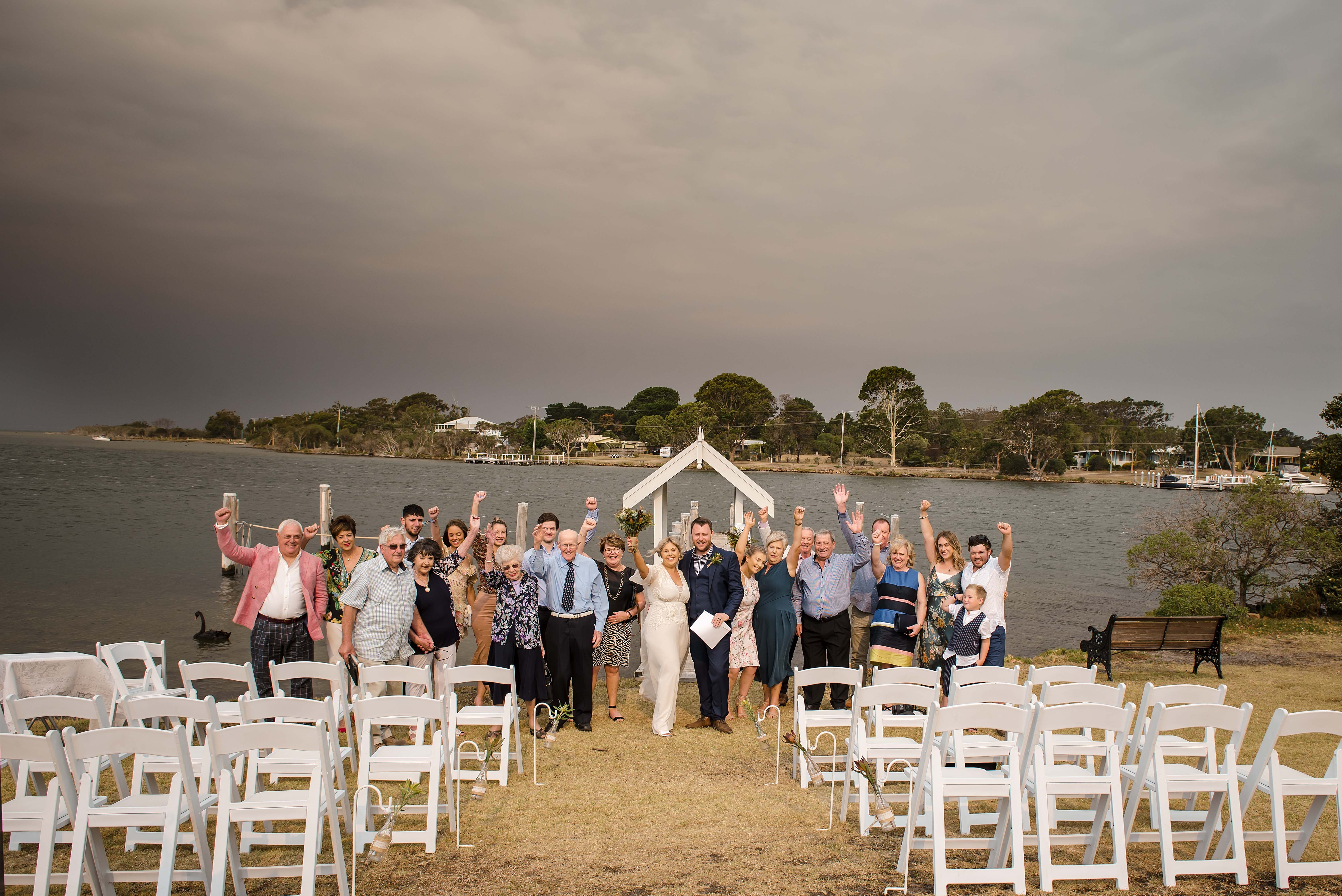