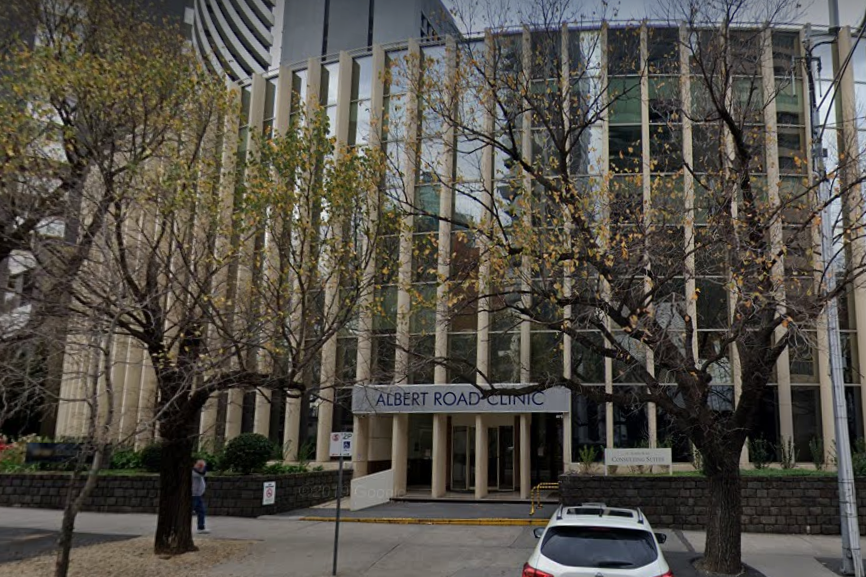 Patients at the Melbourne psychiatric clinic where a coronavirus cluster broke out say they still have not been contacted by the clinic about the outbreak.

A total of 16 cases — five staff, seven patients and five close contacts of patients — have been attributed to the Albert Road Clinic. The first case was recorded in late March.

But an outpatient at the facility says he wasn’t told about the COVID-19 cluster before attending an appointment at the clinic on Friday.

“I found out about it on the news after I had actually been in there on Friday and had skin-to-skin contact with somebody in the clinic,” Steve told 3AW’s Neil Mitchell.

“By then the media were all over it but the hospital wasn’t reacting in any particular way that was out of the ordinary.”

The Department of Health revealed there had been a cluster at an unidentified Melbourne psychiatric facility on Friday, but did not name the facility until Neil Mitchell revealed it was the Albert Road Clinic.

Steve says he tested negative for coronavirus, but he now has to self-isolate for two weeks.

He has still not received correspondence from Ramsay Health Care, which runs the clinic, or from the health department about the cluster.

“Ramsay Health have taken it upon themselves for some reason not to inform everybody who was in the clinic across that critical time by email, phone or letter. So if you didn’t have access to any sort of electronic media or (were) just going about your business and didn’t observe what was occurring, you wouldn’t know that you’d been exposed to the virus,” he said.

Several other clinic patients also told 3AW Mornings they have not been contacted by the Department of Heath or Ramsay Health Care.

Head of patient safety at Ramsay Health Care, Dr Bernadette Eather, said the health department is in the process of contacting patients who attended the Albert Road Clinic during the risk period.

“The Department of Health are contacting all patients.

“We want to make sure everybody has been contacted.”

The Albert Road Clinic will be temporarily shut down tonight, with all patients either discharged or transferred to The Alfred Hospital.

“I would anticipate, at this point, that closure would be looking at two weeks,”  Dr Eather said.